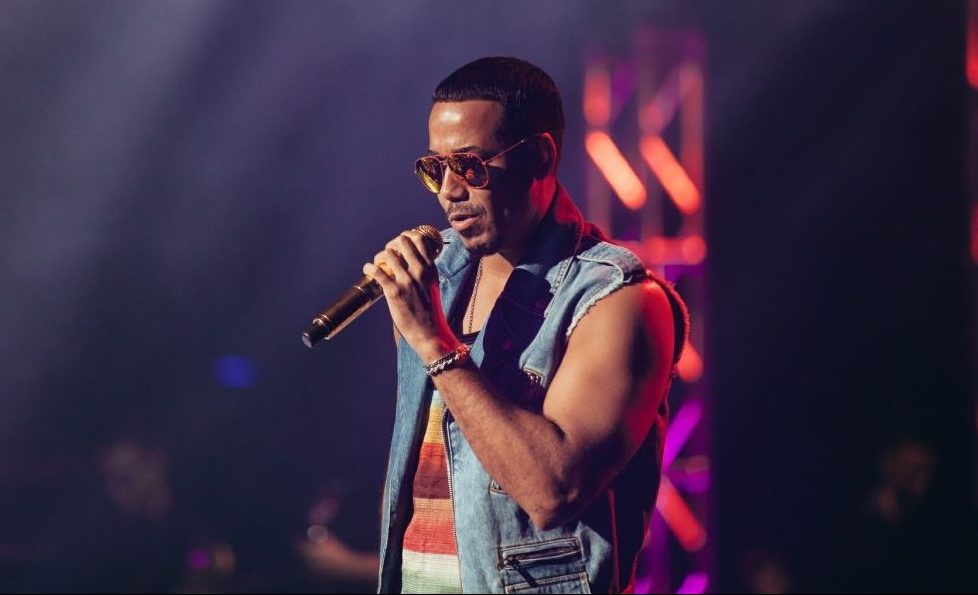 Beginning with his love of superstar Romeo Santos, Getintothis’ Patrick McCafferty takes us on a personal exploration of the joys of the Latin dance scene.

I became fascinated by Bachata and its history on a visit to Central America.

It first made its way into my consciousness over the radio on a rainy summer afternoon on the collectivo out of the village of Santa Fe in northern Panama. But thinking about it now that couldn’t possibly have been the first time I’d heard the dulcet and seductive voice of Romeo Santos – the Saint as his name so nearly claims, batting its eyelids and sharpening its teeth – because he and the genre are completely inescapable if you spend any length of time in the Spanish-speaking Caribbean.

I could say a lot for my surroundings; the vast coffee-growing fincas and surrounding jungle-clad mountains in the drizzle making for an environment wholly different to anything I had ever set eyes on. Yet there was something intrinsically captivating about what reached my ears. I was hearing West Africa, the Caribbean, Latin America all brought together in an ultra-modern, easily digestible, chart-topping, clean-cut kind of style. I felt I was hearing a distinct lineage of musical history culminate in a single track.

To give you a bit of context: the town of Santa Fe lies in the north of Veraguas province, deep in the hills and connected to the Pan-American Highway by a delicate and winding umbilical cord of a road which feels much longer than its 40 or so miles. It was along this road that we were making now, tumbling headlong down the hill towards Santiago in an exhausted and black-smoke-spluttering old minibus.

School had just ended for the day and most of the other passengers were kids in uniform, bantering loudly over the blare of the radio and casting occasional glances over their shoulders at the two sweaty gringos staring out of the window in the back. The other sweaty gringa was Tana, my girlfriend. The windows were throbbing to the mad and totally unforgiving toom-chaca-toom of Reggaeton. The track was saying nothing to me; its syncopated beats was crude and prefabricated, the rapping was awful, its choral refrains nasal and braindead.

Having spent a lot of time in Mexico City growing up, Reggaeton contains no novelty or allure for me. I sat and watched the driver as he slowly raised his hand to change the radio station. His finger rested on the dial for a moment; and then he pressed. All of a sudden, the rabid and insatiable thump ceased. There was a poised calm as the bus whizzed through the groves of coffee plants before the airy, lilting Caribbean guitar and coconutty bongo rhythm of Romeo Santos’ Propuesta Indecente took its stead.

The origins of Latin American music is a complex and multifaceted umbrella encompassing an infinite number of genres and subgenres. In the most sweeping terms it can be said that string instruments and their accompanying styles were introduced to what is now Latin America by the colonising Spanish and Portuguese in the course of the 16th Century (i.e. guitar, violin etc.).

In general, the percussive elements which remain in most popular use today (such as the bongo and the cabasa) can be said to be of African origin, brought over with the slave trade. Of course there are exceptions, and style, particularly rhythmic style, has also been influenced greatly by indigenous music practises. This is the heritage which bore what I was listening to, the Bachata of the 21st century; the latest offspring of a genre born over four-hundred years after Christopher Columbus first landed in what is now known as the Dominican Republic.

Farfetched as it may sound, there are distinct physical elements of this ancestry in Romeo Santos music. The Baroque is obvious in the arpegiation of the guitar, for example. The constant syncopated accompaniment of the guira and bongos bare the hallmark of West African call and response techniques.

In Rock and Roll fashion, Bachata took shape in the gutter. Developed as a working-man’s Merengue for dances and social occasions, it was teased out on the instruments of musicians of slender means, first in the country dance halls and cantinas then later in the dives and brothels of Santo Domingo during the oppressive silence of Trujillo’s military regime between 1930 and 1961.

Liverpool Disco Festival 2017 – find everything you need to know here

First available recordings emerge one year after the dictator’s assassination. They provide evidence for a style long departed from the Cuban Bolero, Son and danza tipicas popular in the 20s (think Buena Vista Social Club). A five-piece had emerged as the convention, still centring around the acoustic guitar, with percussion provided by bongo drums and maracas keeping a strict 2:4.

Lyrics remained romantic, nostalgic and lamenting in style but it would not be long before the sexual revolution of the sixties had its effect, causing Bachata music – already accompanying an intimate and expressive paired dance form – to become sexually charged, an element which has snowballed up to the present day and is a significant part of Romeo Santos’ mainstream appeal today.

Perhaps it was due to this development that it took a long time for it to be embraced by the Dominican status quo. It seldom received attention in the media and high society clung to traditional forms such as Merengue and Salsa for social occasions, as well as widely popular forms from America like Rhythm and Blues. Like Rock and Roll and (Blues before it) it remained unacknowledged as a national movement despite its immense popularity.

However, this all changed in 1992 when Juan Luis Guerra, a classically-trained song-writer from Santo Domingo, won the Grammy for Best Tropical Latin Album with Bachata Rosa. This leap to stardom made him the nation’s favourite son and Bachata suddenly moved from an all but supressed sub-culture into the public eye. This was the great leap which permitted me to come into contact with it as a tourist more than twenty years later in a separate Latin American nation.

Since then Bachata has evolved as part of a continent-wide musical conversation. It has gathered adherents from all over Central America as well as the States. Its freedom of movement between cultures coming from a ubiquitous love of dance: dance’s big role to social life throughout Latin America makes the melting pot of musical ideas there incredibly vibrant, experimental and diverse.

Artists who have developed the genre since have come from places like Puerto Rico and New York, often infusing their work with flavours of other styles. Salsa, Tango, R&B, Hip-hop, Ranchera, and Rap are just a few of its current known associates. And the more time Bachata has spent in the company of Pop, the more it seemed to have acquired some of its attributes, for better or worse. Bands began appearing with names like Aventura and Xtreme rather than choosing to be known by the names of their frontmen. Videos accompanying Bachata songs took on the tropes of contemporary R&B and Hip-hop, featuring glamourous beach scenes and semi-naked women.

Santos was part of this wave in the genre’s history, as the starry-eyed frontman of Aventura. With their single Obsesiὸn this group of teenagers from the Bronx propelled a rebranded Bachata/R&B into the mainstream, turning it into a multimillion-dollar industry and opening the flood-gates to dozens of commercially viable acts. It wasn’t long before the self- proclaimed “King of Bachata” predictably outgrew the band and pursued a rather successful solo career; which now sees him dominating the airplay in a large portion of the Spanish-speaking world, including areas of the US like Los Angeles and Texas.

To give you an easily digestible figure, Propuesta Indecente (below), released in 2013, has over one-billion hits on Youtube. What I found so surprising as I sat there listening to Santos on that bus towards the city was how many traditional characteristics had survived its assimilation into the mainstream. I had no acquaintance with it at the time, but I recognised the double-stress dance rhythm from Merengue and Salsa; I heard the use of traditional percussion, of lead guitar riffing elaborately over simple, arpeggiated chords and the vocals providing both the melodic foreground and driving the narrative progression of the track, something I knew to be quintessential of Latin American folkloric music.

As delighted as I was to hear these features, and to learn about the trajectory the genre has followed since its marginal upbringing, I should point out that there are problems one is immediately faced with when encountering modern Bachata for the first time which I won’t discuss at length here. The most obvious is the moronic objectification of women ever-present in the lyrical content. The fewer the taboos within lyric writing over the course of the years, the thinner the curtain of romance that has shrouded a trope of male domination and female submission; an issue which deserves its proper space.

There is an infinity of things to say about the wealth of music borne from Spanish and African origins in Latin America, and the way it is responding to globalisation. Thinking about those kids on the bus, I wonder if there were any budding musicians among them who might contribute in their way to Panama’s own musical culture, to Saloma or Tamborito maybe, and how the sounds they would hear over the radio or on the computer, from home and abroad, would influence their careers and consequently contribute to the lineage of those still less-known traditional genres.