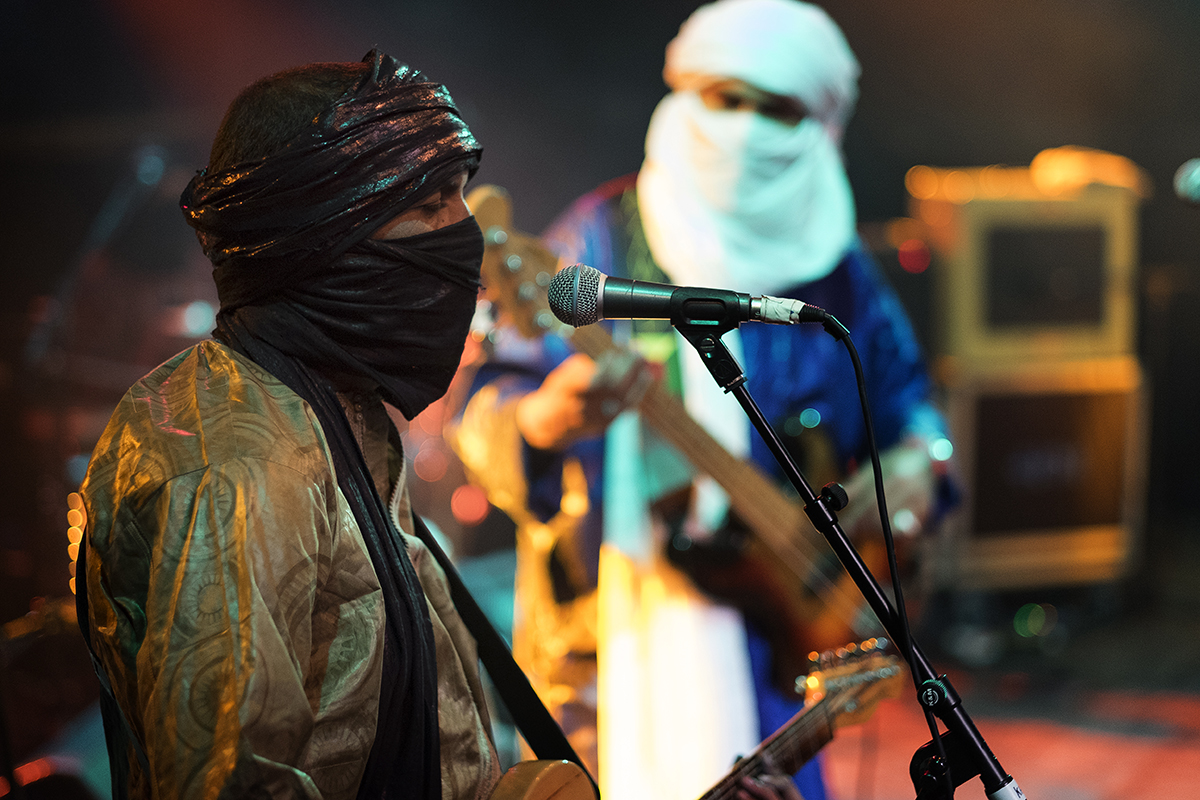 As the Malian maestros bring their hypnotic grooves to town, Getintothis’ Paul Higham uncovers a message of hope and joyful optimism.

Invisible Wind Factory stands proud as testament to Liverpool’s past.

Located amid the city council’s much vaunted Ten Streets project area, the clattering echoes of an industrial past hang heavily in the air. Forgotten and unloved until recently, it seems an unlikely space to welcome the Tuareg grooves of Mali’s Tinariwen to the stage.

Yet from the outset the Saharan tribesmen transformed the cavernous space, rendering it immediately intimate and welcoming. The distant nods to the building’s former use are happily silenced as intoxicatingly mellifluous grooves hold hypnotic sway. For a heady 90 minutes the winter dankness drifting from the nearby Mersey gave way to a desert warmth. This is restless music that speaks of expansive climes.

It started unassumingly, as droning vocal harmonies slowly built to a room-filling intensity. Musical accompaniment was soon introduced, with initial gentleness that allowed the rhythmic dynamism and effortless malleability to shine through.

It is the rhythms that underpin everything at which Tinariwen excel. The dual drummers playing a combination of western style kit and traditional African percussion, both by hand, hold everything together while acting as a propulsive force. They bend rhythms seemingly at will, actively encouraging movement. This encouragement is well-heeded and quickly the well-packed audience is moving in unison. A swaying sea of nodding heads and flexible limbs.

Something special happened in Liverpool tonight. @TINARIWEN delivered the beautiful and mesmerising music of the Sahara. Absolutely unreal!

Much of the band’s set is characterised by a barely restrained sense of euphoria. The playing is exuberant and free. There is an intoxicating atmosphere as guitar motifs spiral and cascade with exhilarating abandon. A delicious fusion of psychedelic wonderment and rhythmic structure abounds that is both entirely captivating and mesmerically joyous.

The set is well-paced. Any initial thoughts that it may be too rounded and the sharper edges too cleanly shaved are quickly and easily dismissed.

But before the euphoria there is a sense of melancholy; a definite sadness clings to the vocals and a mood of wistful longing floats over the music. The story of the band’s troubled recent history has been so well told elsewhere and there are definite allusions to it in the music.

Yet the band do not dwell on this and the overriding story seems to be one of optimism; a refusal to be beaten and downtrodden. Through the medium of music there is hope and it is this infectiously jubilant spirit that shines with greatest luminescence as the night progresses.

Happiness abounds as band members swap roles with ease, taking turns at being centre stage. Founder member Ibrahim Ag Ajhabib relishes occasional opportunities to come to the fore, adding to the whirlpool of guitar bliss before retreating to the wings.

Nonetheless this felt like a truly collective effort, and the odd solo aside – including a Flamenco-esque initially-solo acoustic encore and a vibrant bass guitar solo – no one player sought to steal the limelight. The emphasis remained very much on the collective whole, all contributing to something far outweighing the sum of its individual parts.

Therein lies the lesson. For as much as Tinariwen make majestic and trance-inducing music of swirlingly reverential power, what emerges with greatest eloquence it its sense of hope and optimism. That if we can work together we can create a better future. And in this most uncertain of times we can’t think of any better message to carry out into the night air. 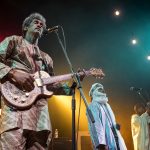 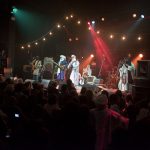 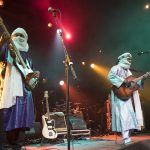 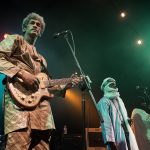 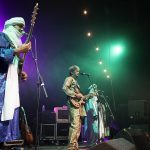 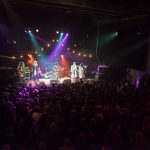 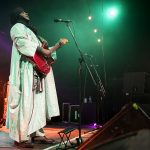 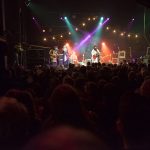 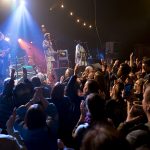 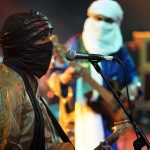 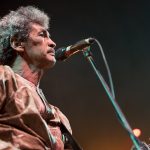 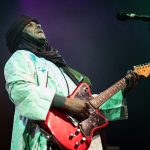 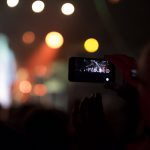 Tinariwen through a camera lens 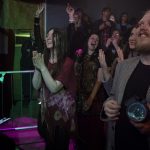 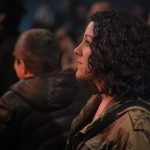 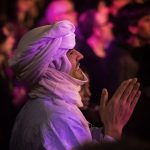