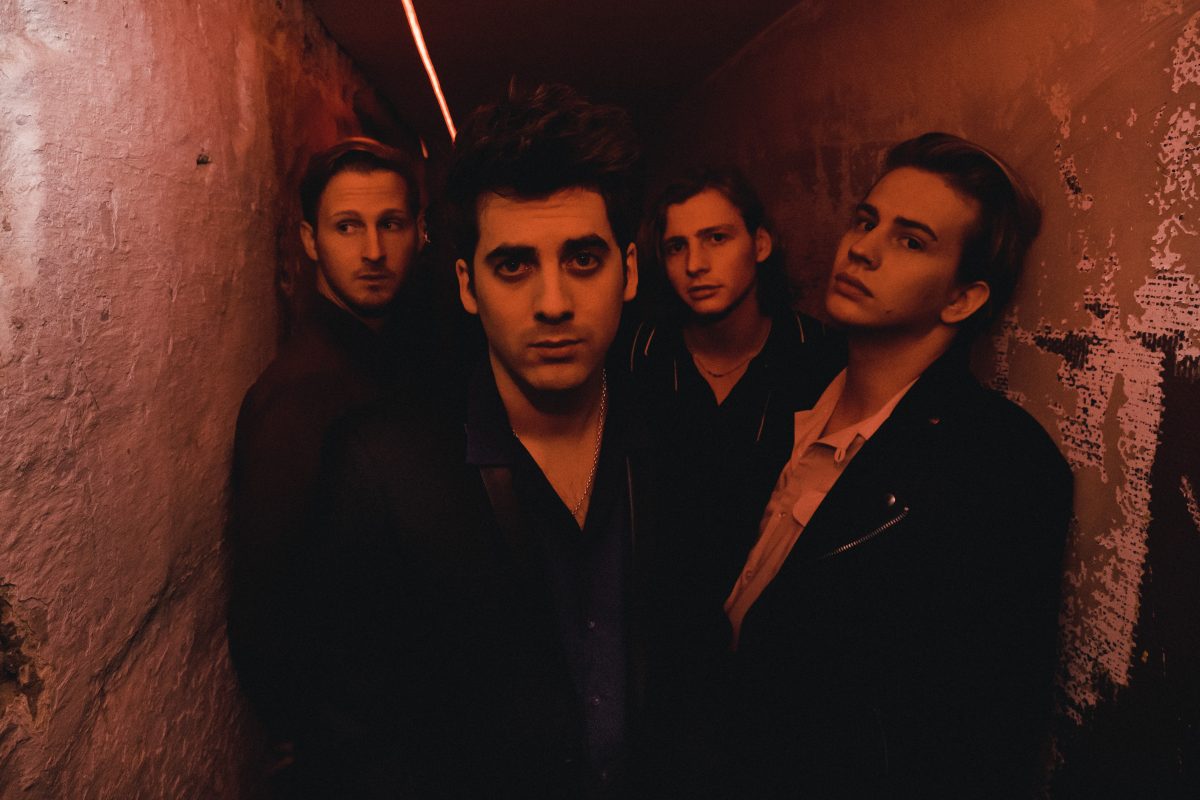 Circa Waves – Bigger and more cinematic

With Circa Waves second album due out this week, Getintothis’ Del Pike tracks down frontman Kieran Shudall for a chat.

Liverpool formed Circa Waves are on the verge of releasing their second album this week, ahead of a homecoming gig at The Mountford Hall. Their sound is accessible despite edgy indie rock stylings and this combination has landed them an international following that they are keen to build on, a worldwide touring schedule and appearances on TV shows, such as US chat show Conan.

We managed to get hold of frontman Kieran Shudall to find out what to expect from album two, Different Creatures and get the lowdown on what is happening in the busy lives of Circa Waves.

Keiran is in a cheery mood for a Monday morning and more than aware of how hectic the next few weeks are going to be, touring the album and making promotional appearances including an acoustic set in Liverpool’s HMV store this Monday (March 13).

Their new single Fire that Burns gives some indication of changes in the band’s approach, “It’s still got those classic Circa Waves hooks to it, but with a bigger more cinematic, more rock n roll sound. Where the last album was more about restraint, this is more unshackled and about letting loose really.”

We point out that there appears to be a horror theme going on with the band now, the Fire that Burns video being very much a homage to Italian Giallo films like Suspiria or Tenebrae and the new album cover featuring a pair of distended eyes, very B-movie.

“With the album cover we wanted something kind of red and black, something that felt iconic. It’s an amalgamation of two things; the different creature being a stalk with eyes on it and the album being darker, more cinematic and bigger and I think we’ve done that.”

The band appear to have released a lot of videos over a short amount of time and as Kieran explains, “The world consumes music at an alarming rate, it wouldn’t be my choice to put singles out and make videos that quickly but in England particularly we move at a rapid pace and want more and more and more, so that’s just the way it goes. In America they work a radio single for nine months in England it’s more like a month and a half”

The band are keen to break big in America and although they have visited and played there, Kieran does not believe they have fully broken in the true sense of the word. “Over here you get played on Radio One and get a fan-base, over there there’s like 300 Radio Ones, is such a vast place. You have to get around to every single place, but I think if we get out there with this new album we can show them what the Scousers are all about.”

Talking about the reception that Liverpool bands get in America, Kieran happily admits to placing The Beatles as his favourite band, but unfortunately the Stateside audiences expect Circa Waves to sound like them. “I don’t mind but ultimately we’re nothing like that, our inspirations come more from American bands I would say.” We probe further into those influences and Kieran states “Great songwriters, Carole King, The Killers and Queens of the Stone Age. Those two bands we tried to emulate on the second album to get a bigger sound but in a Circa Waves way.”

Check out more new releases on our Album Club pages

When we point out that they certainly have a strong sound that could easily fill a stadium, Kieran agrees, “We’re trying to get people to realise that we are going to be a big part of rock n roll in the future”.

We point out that they do not have a typical Liverpool sound (If such a thing exists), “We didn’t feel we had to, it’s been a while since that classic Deltasonic period of The Coral and The Zutons, and we hope that Liverpool is not narrow minded enough to think that every band that come out of the city have to sound like that. Our sound comes from our American influences, Liverpool have accepted us as their own even though the rest of the band aren’t from there, Sam’s from Wigan, Joe’s from Birmingham, so we’re not in the standard form of (affecting a Lennon voice) four young lads from Liverpool”

We talk about how chart led national radio is now, and we ask if Kieran feels they get enough airplay? “We get a lot of Radio One play so we’re really lucky in that sense, they backed us from the start and that for any band is massive, it’s one of the reasons we became so big so quick. To get regional stuff is harder, I want to be on Radio City but I don’t think we ever will. It’s not like back in the day, the charts right now are always going to be filled with pop, it’s just the way it is. In fairness while we are selling out gigs at The Mountford Hall and Brixton Academy I don’t mind too much”

We finish off by going back in time to the inception of the band, a chance meeting at Sound City in 2013. We asked if he went to the festival in search of a band or whether it was just fate? Kieran tells us he was working on the festival and at that point had had interest from some agents as he had already circulated his music. “I was on the hunt for other members, and that night Zane Lowe played my demo on his show twice, so as soon as that happened it just went crazy.  I was humping amps on stage and sorting out band’s riders, whilst getting phone calls from like every label in the world saying ‘we want to release your single’. I bumped into Joe that night who was really pissed and he said ‘I’ll be your guitarist!’ and it went from their really.”

Kieran finishes off by sharing his view that he wishes more Liverpool bands could get on the way they have, realising that its difficult these days. Indeed, in a very pop led era Circa Waves are enjoying an unusually high level of success. “Unless Circa Waves can convince people that guitar music is much better than Ed Sheeran… people seem to love him so I don’t know what we can do to put them off” he laughs.

We let Kieran get on with his busy schedule which includes prepping for the HMV set, album launch and signing session in Liverpool One on Monday March 13 and their gig at The Mountford Hall on March 24.