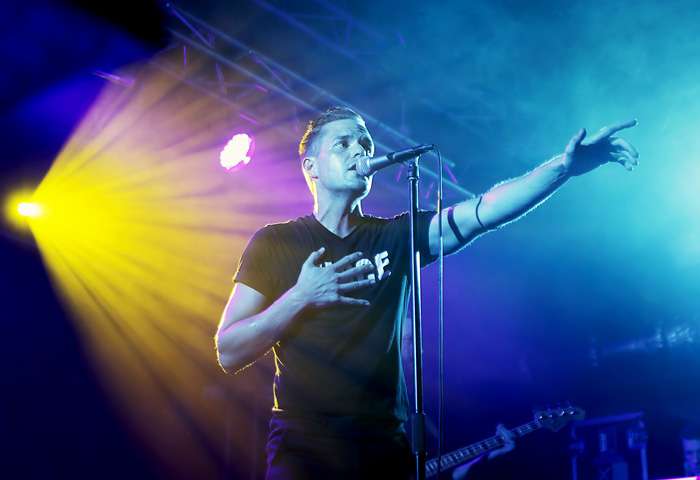 Heralding their long awaited return to Liverpool, Getintothis’ Dickie Felton snuck along to The Killers’ V Festival warm up gig at the O2 Academy.

Witnessing one of the planet’s biggest and best bands in such intimate quarters will be remembered by those present for eternity.

This time a year ago The Killers played to 90,000 fans at Wembley Stadium. Here at Liverpool’s O2 Academy there are just 1,200 people, mostly fan club members, for a ‘secret’ warm-up gig ahead of this weekend’s huge V Festival dates.

Tickets had been changing hands for as much as £800 in the days before the show. Yes, you read that correctly, £800. Which on the evidence of this rocket-fuelled-sensation of a show, now seems like extremely good value for money.

It is with some disbelief that a band as important as The Killers would grace a venue as tiny as this. The social-media-sight of frontman Brandon Flowers getting a piggy back up Hotham Street on Friday afternoon proved this was actually happening.

The Killers enter their Liverpool stage to the Beatles anthem All You Need Is Love at exactly 8:36pm. And so the passionate Las Vegas/Liverpool twinning session begins.

Flowers, number one haircut round the sides, number three quiff on top, is the main man. Black tee emblazoned with the word VINCE, his muscles bulge. And he’s like a crazed drill instructor jumped into passionate action.

Early doors Smile Like You Mean It signals intent that this is no pre-season friendly. Warm-ups are for wimps. Without a stretch in sight, Flowers is instantly a-top of speakers launching into Somebody Told Me. This night is won after 15 minutes.

Oh, he loves this city: “What’s up Scousers?” his cheeky banter before he mentions the word ‘Liverpool’ at least a million times. We are honoured to be part of a greatest hits Killers set and there’s even room for a cover: Bad Moon Rising by Creedence Clearwater Revival.

Flowers‘ smiling face dominates throughout. What fun! He enjoys every single second of this workout. There’s time for a brief Nevada history lesson as he recounts early days working a Vegas casino where he first met future band members along with legends from the rockabilly world. Here the dye is set. He talks of being moved by Bowie and Lou Reed‘s Transformer and every soul present agrees.

A slowie, A Dustland Fairytail, sounds like it’s the greatest song of the night until it’s swiftly trumped by Runaways where indie meets rock with breathtakingly good results.

Each member of The Killlers enjoy this gig as much as the audience. Every single song a joyous singalong. The encore includes On Top then When You Were Young and finally Mr Brightside – which lays claim to being the greatest indie song ever written.

The last words are left to drummer Ronnie Vannucci who commands total silence before stating: “You may not be ready for this stuff, but your kids are going to love it…’ 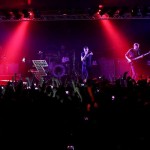 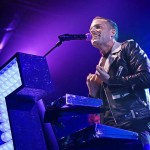 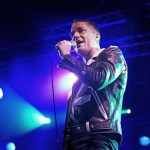 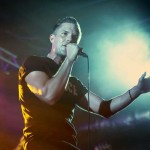 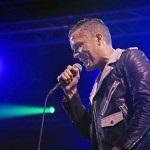 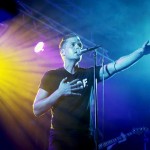