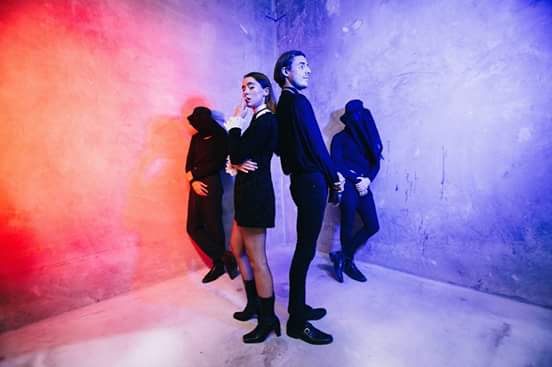 It’s really starting to feel like Spring, don’t you think? So with that in mind and a Spring clean on the horizon, what better feather duster soundtrack than a new edition of Unknown Pleasures. So let’s not waste any more time…

SANDSCAPE are Eliza Shaddad and Daniel Sonabend – a truly glorious trip-hop duo. Their elegant, warm take on atmospheric wavy trip-hop is a joy to behold and stunning debut offering Artifical Rush really grabs your attention. Producer Sonabend whips up some irresistibly, warpy often slinky synth waves and a weighty bassline to lay the foundations beautifully for Shaddad to glide gracefully over with echoey, broody tones. The track has since been given a incredible re-work by the ace Tusks too, which is also well worth a listen over on their Soundcloud.

They’ve since followed that wondrous debut up with another fantastic offering – darker trip-hop gem Don’t Say I Didn’t Warn You. An equally broody dose with big intentions. Mesmeric.

Having just signed with the mighty Heavenly Recordings it’s likely Brisbane duo Confidence Man won’t remain unknown for much longer. However currently they have just the one song online, a buzzy, positively vibed number Bubblegum.

It’s easy to see why they’ve been snapped up, you’ll be humming the wavy sequences over and over and it certainly has an effect on your mood and indeed the weather it seems, as the sun burst through the gloomy looking clouds not long after pressing play, weird eh? I doubt they do indeed control the weather but they certainly can pen and churn out a banger and you get the feeling we’ll be seeing and hearing a lot more from them over the next year or so.

Californian artist Ashley Rose Calhoun now going under the name Cowgirl Clue (formerly Wu-Wu) is a wonderful artist I came across doing the regular Soundcloud trawl a good few months ago. At that point she had just the two tracks – Metamorphosis and the incredibly catchy Cherry Jubilee. Since then she’s released her Limelite EP and become Cowgirl Clue, an undoubtedly much stronger moniker moving forward.

Now the name change and EP are out the way she’s back on the banger trail and they don’t come much better than her latest two and a half minute jam Jewel. Pure throbbing waves of nostalgia made up of irresistible synth and beat sequences, the odd catchy guitar line and glossy vocals. Her whole online library is well worth your time, delve in.