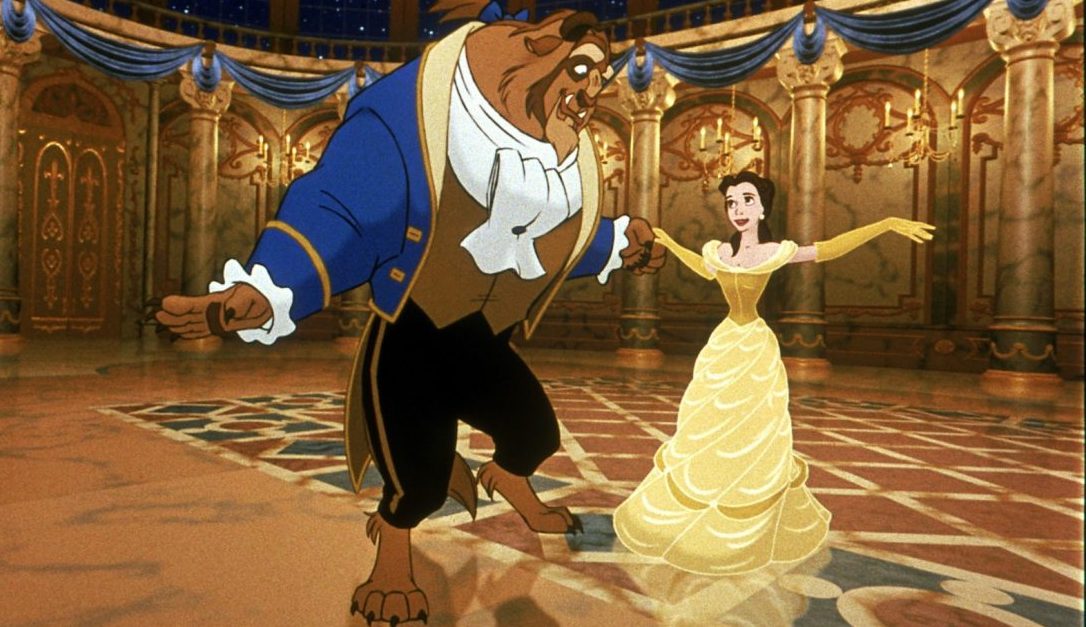 As Disney prepare their latest live action remake, Getintothis’ Shaun Ponsonby considers whether they have any other option.

Like anyone with half a brain, I am very weary of remakes.

Why bother, exactly? What do you want to achieve? Do you think you can better the original idea? “Let’s remake Citizen Kane, because I’m definitely better than Orson Welles”. No, you’re a tosser.

The logic feels somewhat skewered as to Hollywood’s current fascination. I guess they feel that remaking an old movie will do well because there is a built-in fan base. But that built-in fan base doesn’t necessarily want a new version of something they already love, they just want the thing they love. Tell me, honestly, how many people were really crying out for a remake of 1985 comedy-horror Fright Night?

And then there’s the weird reboots. Have you seen that Lethal Weapon TV series recently? I have refused, not just because I can’t afford a television, but because I am kind of insulted that they thought I would watch a series that has very little to do with the original franchise outside of vague character tropes because they slapped a brand name on it. Let’s be honest, it is nothing but a buddy cop series. There was no real need to call it Lethal Weapon.

I’m not sure it is necessary as even the least fondly remembered films are consistently reissued again and again and again with more ludicrous bonus features each time; a special edition of Kindergarten Cop with extra scenes of Arnold Schwartzenegger’s nose hairs, a special Naked Gun box set with Leslie Nielson re-enacting the O.J. Simpson trial with Priscilla Presley etc.

Which brings me to Disney, who have probably been the architects of this, and have a big budget remake of their beloved (by me) animated movie Beauty and the Beast coming out next week. It has actually been a little bit controversial as of late, which means about three people have kicked up a fuss and everyone else has been rightfully laughing, pointing and calling them arseholes.

For it has been revealed that the character of LeFou, antagonist Gaston’s sidekick, will be homosexualing with a massive crush on Gaston. This barely notable subplot has led to the Russian government considering banning the film and a cinema in Alabama refusing to show it. Apparently none of these people have any problem with Belle seemingly shacking up with a wild boar out of wedlock, but who am I to question illogical morons?

They have said that this will be the first openly gay character in a Disney film, after decades of closeted and coded gay villains such as Scar, Ursula (who was literally based on legendary drag Queen Divine) and, most especially, Jafar in Aladdin with his almost embarrassing overcompensating; “Look how into ladies I am! I love the ladies! Sultan, let me marry your daughter because I am straight and love ladies, and I am not remotely attracted to this dashing young guy in the open shirt that I have been weirdly obsessed with for weeks.”

But, the truth is, the first openly gay Disney moment came from Goofy, as you will see about a minute and a half into the classic short Father’s Day Off.

In any case, it shouldn’t be a surprise that Disney are remaking their classic animations as they have always been marketing geniuses in that regard. Even before home video, they were renowned for re-releasing their more well-loved films periodically. Take their first feature, Snow White and the Seven Dwarves. Originally released in 1937, it was re-released theatrically in 1952, 1958, 1967, 1975, 1983, 1987 and 1993. The first movie I ever saw in a cinema was 1953’s Peter Pan, and the second was 1967’s The Jungle Book. It was the 90s, slap bang in the middle of the Disney Renaissance that gave us Aladdin, The Lion King, The Little Mermaid and there I was watching Peter Pan thinking it was a brand new film.

I stopped going to movies after that, owing to the lack of people willing to even risk being seen sitting with me in the dark in silence looking at a big screen. I wouldn’t mind, but I would have let them pretend like they didn’t know me.

They held back from releasing their movies on home video or even showing them on TV for years, believing it would ruin their tried and tested periodic re-release pattern. This changed in 1984, when Robin Hood finally made its way onto VHS. A “new” Disney film didn’t make its way to home media until The Little Mermaid.

But even then, releases were just for “a limited time only”. So you’ve got to get it quick…quick…quick…before it goes back into the Disney Vault forever (and by “forever”, they meant until they reissued it again in about seven years).

Obviously there isn’t much point in this practice anymore. The films are on TV all the time, available from Amazon whenever you want them, downloadable either legally or illegally. You can’t attempt to convince people that they will asphyxiate from disappointment if they don’t buy them immediately when that limitation isn’t there.

This is probably why they made so many dreadful – and in some cases, downright insulting – direct to video sequels in the 90s and 00s (Poca-fucking-hontas II? Seriously? I feel like that was a practical joke that someone didn’t get). But everyone realised they were a load of half arsed crap, so now they are currently full-on remaking them, after all they still own the properties.

It isn’t the first time they have done this. I guess you could say they tested the waters a little with 1996’s Glenn Close starring 101 Dalmatians and the lesser remembered 1994 live action remake of The Jungle Book starring John Cleese and animals that don’t speak – though from memory the film is closer to Tarzan than it is The Jungle Book, which is perhaps why they chose to do another live action remake last year.

Naturally, since their 2010 adaptation of Alice In Wonderland with Tim Burton impressed exactly no-one, they thought they should do this more often, and remade Cinderella and the aforementioned The Jungle Book re-remake.

As Cosmic Slop continues to bore, irritate and exist, check out exisiting editions to be bored and irritated

Which brings us to their upcoming live action remake of Meat Loaf’s I’d Do Anything For Love video in the form of Beauty and the Beast.

Disney’s original Beauty and the Beast actually provides what is, in my humble and correct opinion, the greatest Disney Princess in Belle. For all the sniggers about Stockholm Syndrome and bestiality (for the last time, he isn’t actually an animal, it’s more like he has a disability you heartless bastards), Belle is a strong, intelligent, independent woman. Whereas most Disney Princesses are just boy crazy in one way or another, Belle begins with no desire to marry any of the doofuses in town, doesn’t care that people thinks she is weird because she – GASP! – can read and just lives her life as she wishes. She doesn’t fall in love with the Beast immediately, it happens over time, and he changes for her, not the other way around.

Compare this to Ariel in The Little Mermaid, who is selfish and learns nothing. She is nothing more than a human fangirl only loves Eric as much as a maniacal One Direction fan loves Harry Styles. Fuck you, Ariel, you aquatic bitch. I hate that you have the best Princess song. If anyone learns anything in The Little Mermaid, it is King Trident, who learns that he must let his daughter go to live her life, even though she’s a blithering idiot. But, I digress.

But looking at the Beauty and the Beast trailer (below), it seems unwilling to separate itself from its cartoon counterpart. A lot of the dialogue is verbatim, the costumes are quite obviously harking back and the angles occasionally look like a shot-for-shot staging of the animated version. Why would I watch a typically wooden Emma Watson read the same lines as the literally more animated character?

Given that they have already announced live action remakes of Mulan, Aladdin, Dumbo, Peter Pan, Pinocchio, Snow White, The Lion King, The Little Mermaid and The Sword In The Stone, it is pretty safe to assume this is going to be the practice for a long time.

Let’s remember that Disney sells you an idea more than pretty much any other film studio. You don’t watch Warner movies, you don’t watch 20th Century Fox movies, they’re just movies. But you sure as shite will specifically watch a Disney movie, and while the films they have made with that classic Disney ideology may have been turning a healthy profit as of late, with the exception of Frozen they haven’t reached the iconic level of their classic output which they are no longer able to milk so mercilessly with reissues.

So, I don’t think they have any other option if they want to maintain their brand, but I do wonder how long it will be before the public gets sick of it. There’s no way I’m ever going to prefer them to the animated originals, especially if the remakes insist on harking back to them and reminding me how much I like them.

Dear all music news media: We get it, Ed Sheeran exists. I don’t care no matter how much you try to over-hype his new album.

Wait…Azealia Banks is biting boobs now? What the actual fuck?

Bros are scarpping over half of their arena reunion tour for “logistical reasons“. As in; “Logistically, we over-anticipated how many people gave enough of a shit to come and see us and we haven’t sold the tickets“.