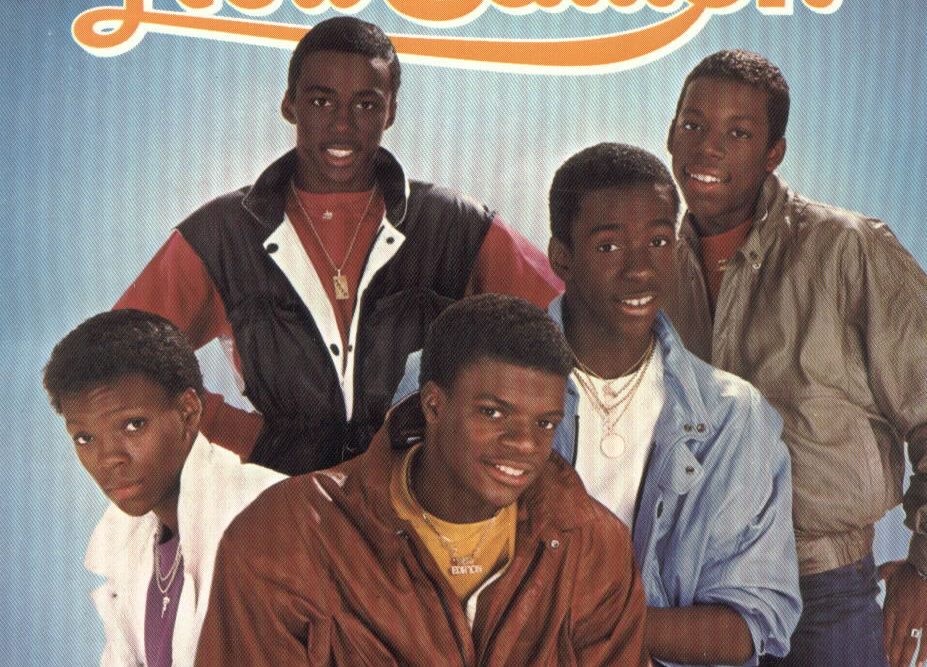 I think I have an obsessive personality – hence all of those pesky restraining orders.

I just seem to jump from one obsession to another. This is all well and good, but when you have trashy tastes they can be difficult to explain. You can probably tell what my obsessions are from the things I refer to in Cosmic Slop.

Every waking hour of my life was spent thinking about O.J. Simpson. To the point where if I don’t snap out of this soon, it isn’t unfathomable that I will travel to America during his parole hearings later in the year.

Thankfully, I am starting to move on, because American television network BET produced a miniseries called The New Edition Story. Yeah, that’s right. They basically had a six hour made for TV movie about 80s Jackson 5 wannabes and glorified one hit wonders New Edition, and I sat and watched every minute of it. Now it appears to be taking over my life.

When watching it though, it became apparent that New Edition weren’t one hit wonders. They were not only a hugely successful group in the USA of America, but they were all huge with solo projects.

Obviously, Bobby Brown had hits like My Prerogative, Two Can Play That Game and…others. Probably. Three members created the off-shoot Bell Biv Devoe (which fellow Getintothis writer Chris Burgess transformed into Bell Biv DeVito, which is probably the most hipster band name in history). They had huge hits like Poison and Do Me Baby!, and it turns out I remember them from  an episode of The Fresh Prince of Bel-Air.

If you’ve got fuck all to do, why not read our Cosmic Slop archive? What do you mean “Cos it’s shit”?

Lead singer Ralph Tresvant had several Top 10 hits, as did Johnny Gill when he signed to Motown as a solo artist. They worked with Jimmy Jam and Terry Lewis. Michael Bivins (the “Biv” in Bell Biv Devoe/Vito) discovered Boyz II Men, who were named after one of their songs.

Anyone who came into contact with me at Threshold Festival over the weekend bore the brunt of this newfound New Edition obsession. It got to the point where I swore I would portray all six members of the group over the three days of the festival. Obviously Bobby Brown would be portrayed on Saturday night, so I advised people to steer clear of me at that point because I would have to act like an absolute bell end.

Someone then asked me if I would be re-enacting the seminal moment that Bobby had to hand scoop poo out of wife Whitney Houston‘s constipated bum? When I asked who would be portraying Houston, he responded that it would be the band Whitney, on each other’s shoulders and wearing a large trench coat.

Alas, it never came to pass. Which is a shame. In years to come, the attendees at this year’s Threshold will be unable to look back and say: “I was there when Shaun was dressed up as Bobby Brown and he had to hand scoop poo out of the bum of indie band Whitney, who were on each other’s shoulders wearing a large trench coat to create a giant Whitney Houston”.

That didn’t stop the fascination from spreading throughout the weekend though. I requested New Edition covers from literally every single band I encountered. I spoke at length about the group to everyone who would listen. Shit got surreal.

Then, finally, at the festival’s after party, someone conjured the DJ into playing Candy Girl and my life somehow felt complete. Like if I had died then and there, it would have been fine. I would have gone out doing what I love most.

There is no point to any of this, by the way, I just really wanted to talk about New Edition. And it’s my column, so I can do what I want.

*Thanks to Chris Burgess and Chris Carney for the conversations that sparked this pile of shit.