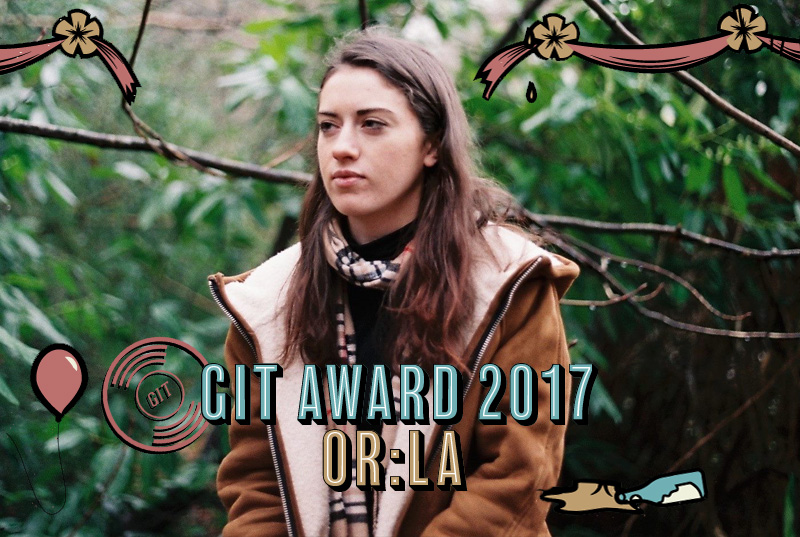 Or:la aka Orlagh Dooley has had a busy year.

Building on her solid reputation as a DJ with regular slots across Liverpool and beyond, she released her own UK Lonely EP, and continues running her own Meine Nacht night. DJ, artist, impresario – the beginnings of her own cultural movement.

There’s an impressive and coherent background of ideas behind this activity – she’s not doing this just because she can. There’s something to build on for Or:la, and with all that activity comes the experience of making events and mixes that really work.

A typical Or:la set is grounded in the club traditions of house and electronic music, but also shows some real diversity – African, Latin, drum n bass, Arabic music can appear – snippets of other languages too.

With a wide range of musical interests, there is always a risk that the well-trodden conventions of dance music, particularly house, can become restrictive. Yet Or:la does not seem unduly concerned by the limitations of tempo range, the 4/4 kick drum or the choice of drum and percussion sound.

“I really enjoy the practice of making different rhythms work together. Sometimes a fixed tempo becomes unimportant and barely noticeable when you explore a range of syncopation in a set.

“I find that a 4/4 kick drum for example, can be much more effective and appreciated if it is used more sparingly in a set, and when contrasting drums compliment each other it makes for a much bigger impact on an audience.”

But at what point does including artefacts from different cultures in DJ mixes and individual tracks, become tourism – or tokenistic, we wondered.

“It is never a deliberate decision of mine to include reflections of differing cultures in my mixes; I spend a lot of my time searching and coming across different music from around the world, which I simply like to pass on to the listener in a way that they may not hear elsewhere.

“Rhythmic music is always going to be universal, and sometimes my findings happen to have vocals in a different language, which add something to the track, therefore I like to include these in a set or mix.”

Much of Or;la‘s sound is characterised by a strongly vintage feel and we were keen to ask if this was on account of the media used to create the music in a live setting. While Or:la has revealed a fascination with old music together with an appreciation of vinyl she does not necessarily feel that the medium matters – questioning whether it actually matters to the audience. 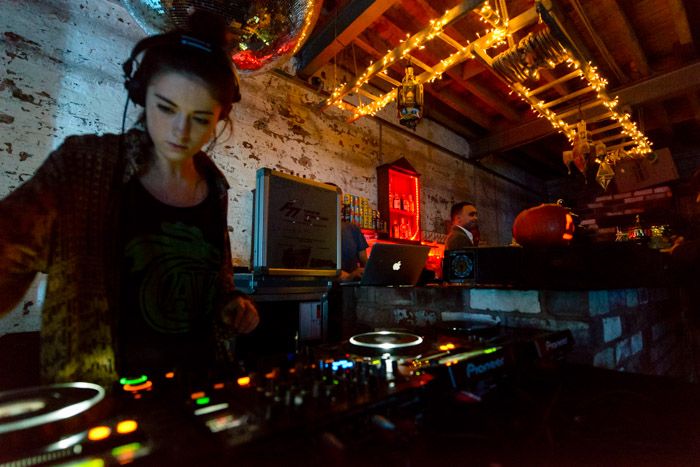 “I am always really grateful when a club has a good set up so that I can play records, it’s not always the case but when it happens I suppose it creates a different kind of energy in a set. I have a growing passion for old music that sounds new and new music that sounds ‘old’.

“I find older stuff to have an untouchable element of simplicity. So yes, it feels nice to play with vinyl, but I don’t think it’s something that an audience always picks up on.”

Or:la has built her growing reputation around her live performances yet last year released her UK Lonely EP that blurred the boundaries between a DJ and an artist.

Does she feel it important for a DJ to be an artist – and conversely for an artist to be a DJ?

“I think it helps, but it isn’t necessary.

“There are certain people that enjoy performing more than spending time in a studio making precise decisions on production, and perhaps these people are more practised and skilled on engaging with an audience for example, but that’s not to say that keen producers can’t read a crowd.

The 1990s saw the electronically sequenced rhythmic precision of dance music come to the fore, making it one of its most compelling elements. Yet over the last 15 years there’s been greater inclusion of wonkiness, we asked Or:la what she attributed this stylistic change in direction to.

“Electronic music (in particular) goes round in cycles and reinvents itself all the time. For me, the reason for this is because, before computers and machines came about, drums and instruments were played by hand so there was an obvious element of swing or groove.

“So when commercial drum machines came into circulation from the 1980’s onwards, people were astonished and impressed at how easy it was to get drums perfectly in time, hence why many Techno and House tracks from this era rely heavily on drum beats that are strictly ‘on time’.

“Now a new era is upon us, where musicians look backwards in order to look forward, in a sense. In some areas of electronica, low fidelity sounding music has become more popular, and ‘clean’ sounding drums are starting to become a thing of the past.

“A ‘wobbly’ or ‘wonky’ sound can be achieved through a tape distortion effect, which is deliberately applied to certain sounds to add a more vintage touch. So again, we can see history repeating itself in order to reinvent a certain style or genre.

“Put simply though, time lends itself to experimentation.” 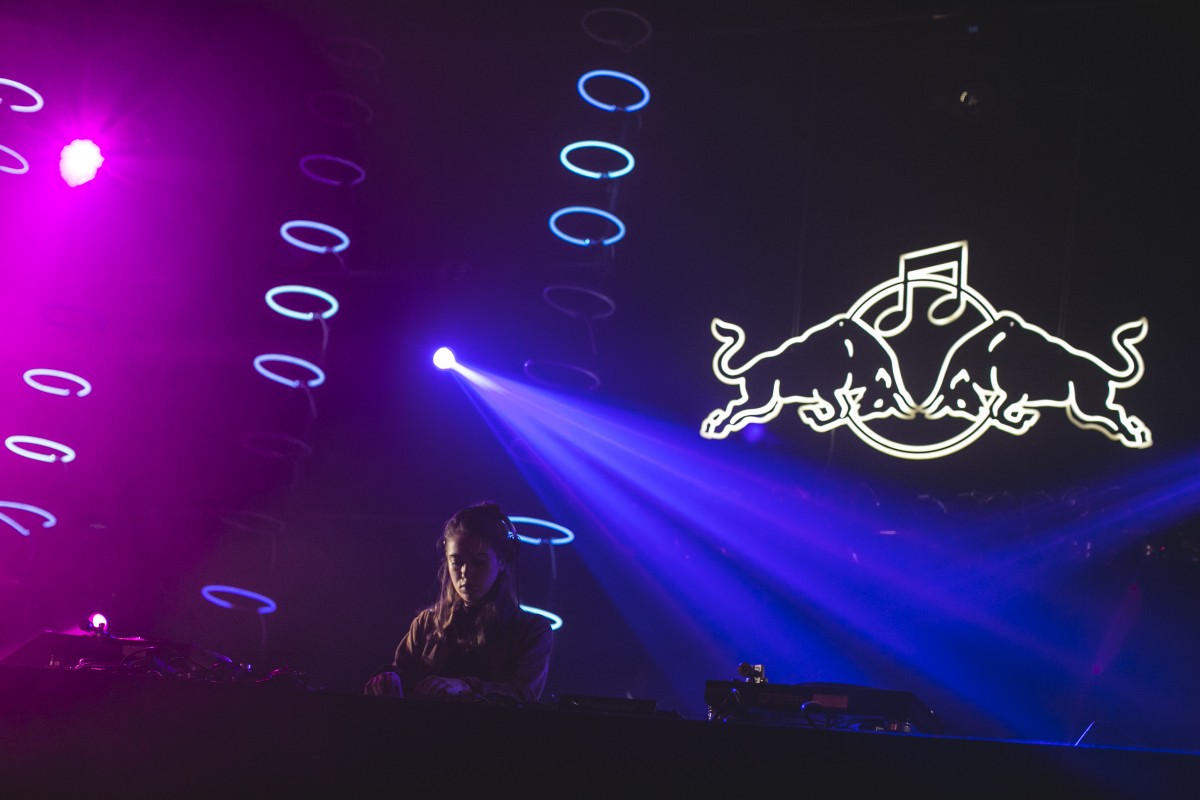 It’s hard to imagine musicians in the 1980s playing music that was essentially unchanged from the music of the 1950s, at least without a hint of irony or kitsch.

Between the 1970s and the 1940s the contrast is even greater. It’s a similar time span between the birth of acid house and now, so why has house music been so persistent? Has our culture slowed down?

“That’s a good question… I think house music is built to last and will always be around because it is accessible and easy to ‘understand’.

“It’s also hard for most people to get sick of house music because there are countless sub genres cropping up, so even though a 4/4 kick drum may seem restrictive, there are different avenues of the genre that can be discovered and explored. And once a particular style is discovered and eventually exhausted, it’s nice to look back on the genre and remember where it all came from.

“Our culture may have seemed to have slowed down, but if you delve deeper there are always new styles of electronic music popping up where you would least expect them.

But what of rave culture? Initially had, despite the hedonism, it was underpinned by an overtly political perspective. There was revolution in the air and a sense of creating a new society outside of a failed mainstream.

25 years later the social and political divisions that provided such a fertile environment for its politicisation have reared their head once again. Does Or:la feel that dance music culture retains any of the spirit from its rave culture days, “It definitely does, for more left-field dance music a sense of community still prevails.

“As this type of music doesn’t have as much of a following as commercial dance music, crowds are more close knit and intimate as opposed to crowds at impersonal warehouse festival-type events.

“Sometimes I play at events and you get the sense that, apart from the people in the room, no-one else knows it’s happening – I like that!”

Or:la‘s events and production company is Meine Nacht. Does the use of a German name reveal an interest in Krautrock or German techno perhaps. “We became inspired after a trip to Berlin a couple of years ago. We were impressed with the really relaxed atmosphere at a couple different parties we attended in the outskirts of the city, and we wanted to bring a bit of that back to the UK.

“From this we adopted a ‘bring your own booze’ policy, which we try to implement at as many of our events as possible. We very rarely use club spaces, which also makes for a more interesting night out (to say the least). In Liverpool alone, we have used an old police station, a disused supermarket and a canteen space as host venues for our parties – it definitely keeps us on our toes!”

Lastly a return to perhaps the most interesting aspect of Or:la’s work: the diversity and inclusivity. This is an aspect that she shares with many celebrated DJs who happen to be female in what is still a very male oriented business. Stylistically, we wondered, is diversity now a strength or does it reflect a continued struggle against being more concentrated and clearly defined.

“It depends on the listener I guess. There are some people that enjoy and strive to discover artists that play a diverse range of sounds or more thought provoking rhythms or melodies, so it is definitely a strength in that respect.

“However it hasn’t been easy trying to break through by playing sets that nod to Jungle, Garage, House and Techno at the same time, so I am really happy with where I’m at today.”

Or:la maybe glad where she is today but we’re equally certain that will not mean stasis – there’s a long road ahead of this young woman and she seems well equipped for the journey. We look forward to travelling along with her.