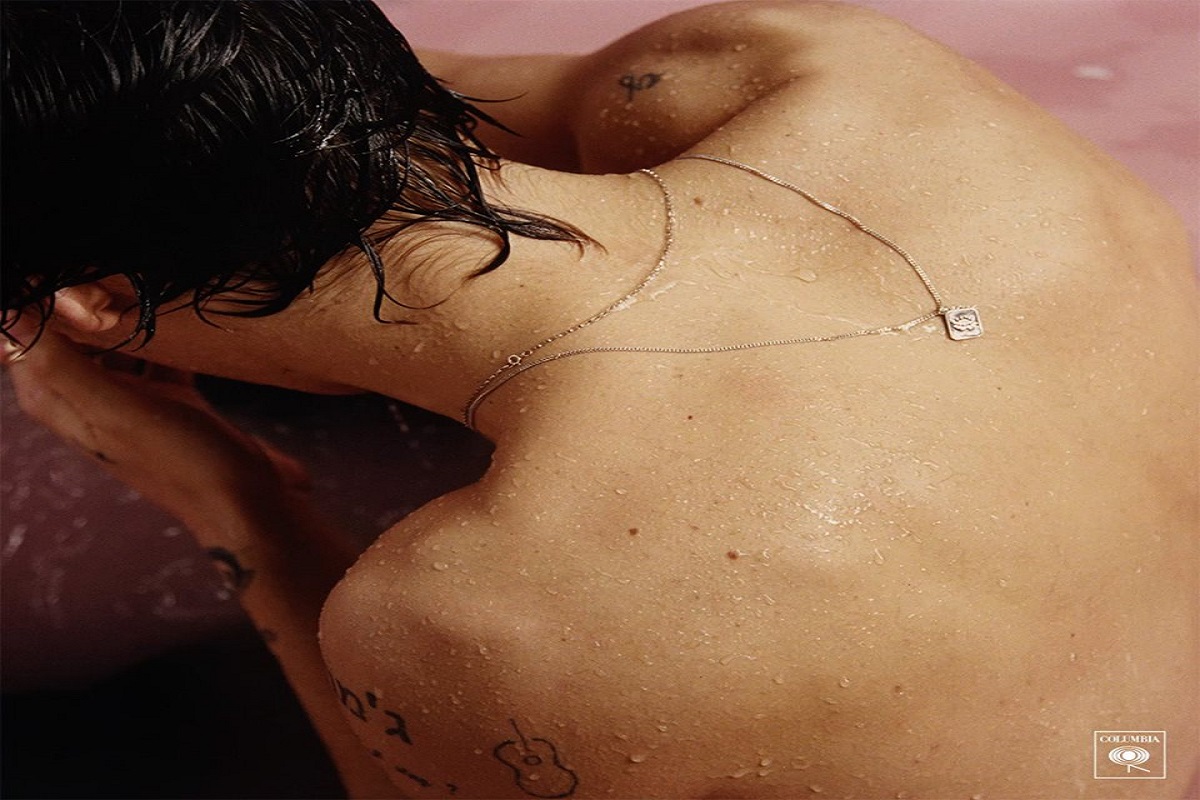 The concept of a muse is deeply rooted in the history of the arts.

A composer, artist or poet is so struck and stirred by a woman’s beauty he is inspired to create great and triumphant work. The creator receives the money, fame and/or acclaim whilst the muse gets… to be a muse.

The poet WB Yeats had a muse, Pablo Picasso had numerous. The women are now long forgotten whilst the men’s words and paintings live on, but in more modern times it is pop music where the identity of the muse is more obvious.

While it’s certainly worth noting that female creatives do have male muses, it is mostly the beauty of the female form seen to be the ultimate, and most common. Many pop songs are inspired by women. Just consider all with girls’ names as titles. There are bloody loads. I counted over 20 songs written about Caroline without even trying, just off the top of my head. Well done to Caroline for being such hot stuff.

What of the male inspiring creativity in women, then? How does that pan out?

We hear very little on the subject. There’s the feminist argument that women don’t need men to create, thanks very much, and yet rules are there to be broken, and what if we like it, and think it’s kinda fun to make something out of a pair of fine cheekbones and a soft pretty mouth just the right amount of moist? The fact is, beautiful and sexy men have been muses for women’s creativity for a long time, but subtly and under the radar, and no more so than in relation to the writing of fanfiction.

The term fanfiction first emerged in 1944 in Fancyclopedia, an encyclopedia of fandom jargon and terminology, defining it as fiction about fans and characters from science fiction stories, and written by both men and women. Fanfiction quickly expanded from these narrow confines, with the birth of the teenager and explosion of pop music in the following years fans picked up the ball and sodding well ran with it, creating fanfiction formally in publications, and privately in diaries, notebooks and scrapbooks. More recently, in 2010 and 2011, we saw a sudden spurt in fanfic, spurred on by fans of boyband One Direction; but writing prose and poetry, drawing, and even creating animation around stars, real or fictional, is not new.

Fanfic incorporates a broad church. It can be pure and clean, encompassing adventure stories, crime and thriller stories, fantasy spin offs from TV shows and characters from TV shows combined in delicious detail; there’s even Shakespeare fanfic in the form of respectable stage plays.

Perfect instinctive sex is a major part of erotic fanfic but, as importantly, it gifts fans the opportunity to bond and connect over shared fandoms. Claire Biddles, editor of The 1975 zine For You Are Not Beside But Within Me, and Fuck What You Love, a collection of essays about pop crushes by women and LGBTQ people, says ‘I would go so far as to say fandom is a wholly non-male space. I think men are seen as being ‘enthusiasts’ – something respectable and rational; whereas women/non-male people are still seen as ‘hysterical’ – reacting in a way beyond intellectual response. In a way this is good – I love to own my physical reactions to music fandom – but it’s also often really patronising and in denial of the sophistication of fandom in non-male people.’

With the female consumption of music and the concept of fandom often mocked and dismissed along gender lines, it is no wonder we find writing fanfiction appealing.  As  Biddles says, ‘it’s sexy and a safe place for women to voice their desires.’

The world of fanfiction is a very different expression of fandom to sitting in a pub over a pint of craft ale and playing Top Trumps with rare bootlegs and boasting comparing what shows attended, notches on the gig-going bedpost. Home or personal spaces are where younger females or those with children, the disabled and those on low incomes consume and enjoy music the most, the internet and blogging expanding that space.

Dysgeusia: Getintothis’ monthly round up of all things Metal

Social media provides a place for fans to meet and talk, share fantasies and stories. Once fanfic stories are written, sharing and swapping them is commonplace, so a sense of trust is a must.  Writing stories following on from someone else’s work, in effect a chain leading on from the previous one, is a creative development permitted and facilitated by modern technology, and writing platforms like Wattpad provide a place to meet other fanfiction writers, read their work and connect.

Andrea Berryman writes Bi Fantasy fanfic. Ironically, her first foray into writing it, a Twilight – Buffy The Vampire Slayer crossover, came from a real time friendship. ‘I was out with some friends and spotted the logo “…and then Buffy killed Edward, the end” on a t-shirt which then got us talking about what would have happened if Buffy the Vampire Slayer had met Belle (from the Twilight films). My friends sort of challenged me to write something, so I did.’

She writes for her own pleasure, and occasionally shares it online, when ‘someone on FB or Tumblr posts some fan art’ linked into what she’s written but friendships have grown through fanfic ‘the woman wearing the Buffy t-shirt is now an acquaintance and we flag each other’s stories. I’m also a Trekkie so I tend to meet up with fanfic writers at conferences.’ 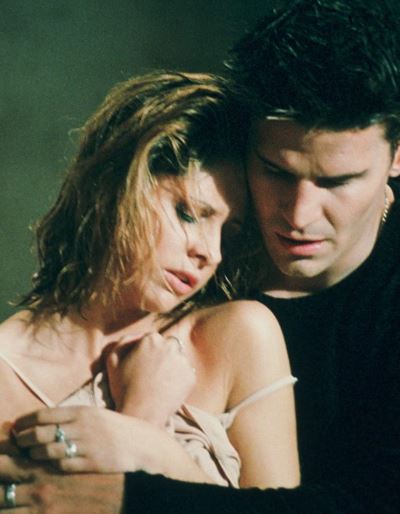 With fanzines more popular now, fanfic is emerging in physical formats.  Ensuring fanfiction is placed and kept in a safe space is an exercise in bonding and trust. With online trolling towards women and consequent stifling of women’s voices becoming more of an issue, it is no surprise that those writing fanfic, especially with sexual fantasy elements, want it kept away from hostile environments.

Trolls and aggressors are happy to search out websites and abuse women on social media, and other free and easy to access platforms, but they won’t go to the trouble of paying cold hard cash then wait for a paper zine to arrive in the post. It takes more effort and bottle than a typical troll possesses to go into feminist bookshops like Liverpool’s News from Nowhere or a zine workshop just to take the piss. Having knowledge of this is incredibly freeing.  As Claire Biddles says, ‘Even though digital is the norm I think print legitimises writing and I wanted to lend a legitimacy to fan writing. I also wanted it to exist in a space outside the internet to be considered apart from all the baggage that comes with online fan writing.’

‘I think women bond over fanfiction because it’s not seen as a productive hobby such as joining a running club/gym or knitting,’ says Andie Berryman. ‘Nothing of any capitalist value can be made unless you’re one in a million such as E.L. James (whose Fifty Shades trilogy is said to have its origins in Twilight fanfiction).’ This ties in again with the more traditional ways of expressing fandom, and highlights the low value afforded to hobbies and pastimes including consumption of music and pop culture, carried out for fun and pleasure.  The view that fandom is a passive is one that is oft repeated, compared to religion or a cult, the Oxford Dictionary defines ‘fan’ as a shortened version of the word ‘fanatic’, derived from the Latin word ‘fanaticus’, meaning ‘insanely but divinely inspired’. But the notion of the passivity of fans is repeatedly challenged through the creation of fanfiction, and fan behaviour.

But it doesn’t stop there. Hundreds of thousands of One Direction fans imagine a romance between band member Louis Tomlinson and Harry Styles, the ‘couple’ known by fans as Larry Stylinson. These fans call themselves Larryshippers, who create fanfiction love stories between the pair en masse. Reading it is an education. YouTube videos are created in an attempt to prove Larry Stylinson is a definite thing. Believe me, it’s disturbingly easy to get sucked into the very addictive “are they or aren’t they” debate. The theories are wildly entertaining and, I have to say, convincing. You could lose hours sourcing info and debating it all. Or maybe that’s just me.

Someone told me once that if men have no access to porn, they make it themselves. Then, unable to keep it private, they show it to everyone. And I reckon they’re right. From schoolboys scratching the outline of a pair of tits into desk in the classroom, to husbands sending photos of their other halves into jazz mags, bored office workers sharing memes of a souped up Photoshopped Rihanna on Facebook on a Friday afternoon, or ladz dribbling over Page 3 with their mates in the pub, men boldly indulge in sexual fantasies, and express them publicly. I for one find it more than inspiring that women are finding the confidence to indulge in dreamy fantasies as well, and find others with which to enjoy it.