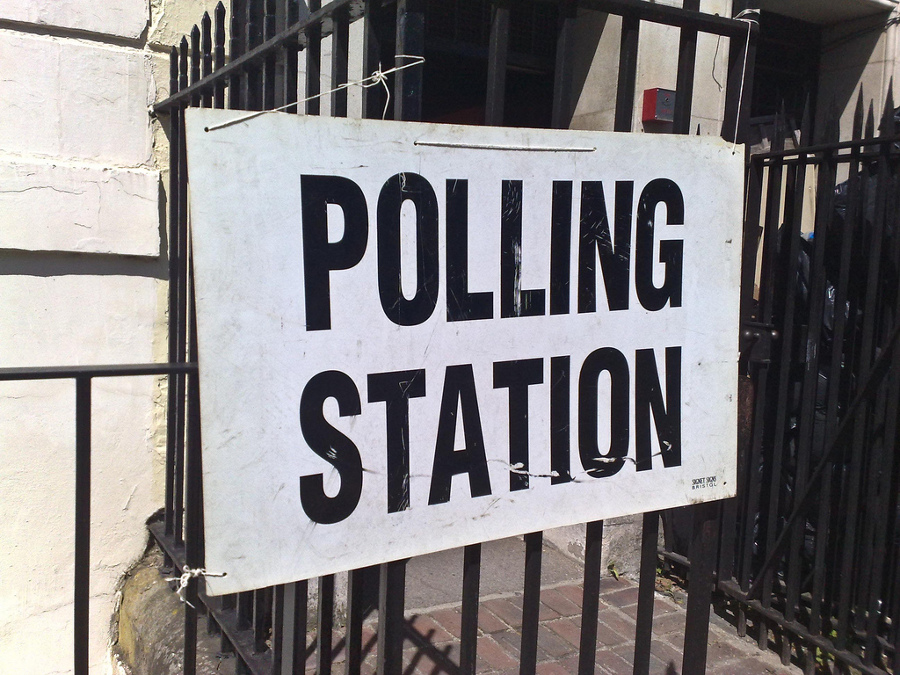 With the 2017 General Election just weeks away, Getintothis’ Jono Podmore passionately urges everyone to make sure you have your say in one of the most important elections for decades.

To miss out on the opportunity to have your say in this election would mean that whatever comes after, you would have little right to complain about it. Potentially 5 years of grief of a magnitude you had no idea could exist in the world’s 6 biggest economy.

All you need to be is:

On the same site you can also get a postal vote if you won’t be around on Election Day itself. You can opt out of the open register too – AND you can also vote if you’re homeless. More info about that here:

Don’t be scared. If you smoke a bit of weed, take the odd pill at the weekend, drive a motor with a dodgy tax disk, get paid cash in hand or do anything less than 100% legal to survive in these days of enforced austerity, registering to vote does not mean that CID are more likely to track you down. It just means the local council will know your current address (and nobody who works for the council smokes weed, takes ecstasy or drives a motor with a dodgy tax disk, do they?) and that YOU CAN VOTE. The council, the police, the Jehovah’s Witnesses are all separate organisations so registering will not bring any unwelcome knocks to the front door.

You’ve got until 22nd May to register in time for the General Election, but best do it now while you’re online and reading this.

Here’s a bit of background:

2.4 million people between 18 and 24 are missing from the electoral register. That’s an enormous proportion – something like 40%. Easily enough votes to completely change the direction of the election. If everyone under the age of 40 registered to vote and voted against the current government the Tories would be sunk without a trace. That power is in your hands.

But why is it so important to vote this time? I’ve often heard cynical younger people say that “whoever you vote for the government always gets in”. But if there is just one thing that the Brexit vote in June last year proves, it is that your vote DOES count – even if you feel personally powerless.

Just a glimpse at a few recent headlines will demonstrate why you need to use that vote this time:

One in six A&Es faces threat of closure…

Thousands have died after being found fit for work

String of MPs could be charged over alleged electoral fraud…

…and these are headlines in the mainstream press, which has been demonstrated time and again to have a profound bias again Jeremy Corbyn and the Labour Party, and who have a vested interest in keeping the current Conservative government in power.

Young people are more disillusioned than ever, feeling marginalised and that their votes are ineffective. People have a right to feel disgust for the political status quo. The last 7 years of British government is a litany of broken promises, neglect and incompetence. But that’s even more reason to use your vote to remove the people who have caused the degradation of your health service, of your livelihood, of your security and your future.

According to the Government’s own figures, 2015 saw the first increase in the infant mortality rate in England and Wales since 2006. Whose fault is that? The EU? Jeremy Corbyn? We’ve had a weak and unstable Conservative government for 7 years and this is the direct result. If I were a hysterical headline writer for a tabloid I’d be tempted to put “TORY POLICY KILLS BABIES” under the banner.

Is that statistic a sign of the Strong and Stable government that is being touted as our only hope to survive these turbulent times?

Is it Strong and Stable to call a snap general election after a year of categorically stating it’d never happen?

Is it Strong and Stable to make endless policy U-turns: on tax credits, disability payments, and increased national insurance payments for the self-employed?

Is it Strong and Stable to replace over 40 years of cooperation with our neighbours with trade deals with the US and the Saudis to drive down food standards, workers rights and environmental conditions?

Is it Strong and Stable to allow a rancorous internal party dispute to get so out of hand that it leads to the country trashing years of cooperation in trade, culture, education, science and environmental protection with our neighbours, and losing a party leader in the process?

No it isn’t. The current Tory party government is a disaster of ineptitude, leaving space for the most vicious of right wing perverts to get their hands on the finances and policies that directly affect our lives. Did I say perverts? 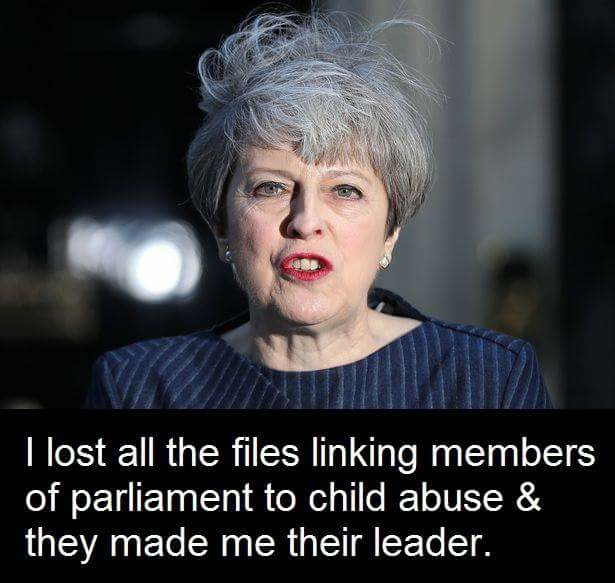 They have little in concrete policy, which is why they make constant U-turns and adopt the populist policies of other parties – and also why their election campaign is based on these 2 ideas:

We’re not Jeremy Corbyn and Europe can fuck off

That’s pretty much all they have to offer – the only fig leaf they have to cover the corruption and contempt for the ever growing ranks of the poor that is at the heart of the Tory mindset.

For example, why hold a snap election now, after reassuring the electorate for the best part of a year the next election will be in 2020? Is it because they think they can win now more securely that 3 years hence after the Titanic Brexit disaster finally crunches into its iceberg? Or is it more about those that 21 tory MPs under investigation for election fraud? Those chickens are about to come home to roost. With majority of just 17, if those criminals in our government lose their seats, then we would be seeing the back of the Tories much earlier than 2020. Calling this election is an act of desperation, not strength. It is a panicky attempt to cover the backs of the criminals and their lackeys that are running our country into the ground, their primary victims being the disabled, the poor, the sick – and babies.

But as if that wasn’t enough – and forgive me for sounding perhaps alarmist here – if the Tories win this election, and thereby inflict their unworkable and disastrous “hard-brexit” on us, it will lead to the end of the United Kingdom itself.

Your country as you understand it will cease to exist.

I could list Labour party policies and their hidden popularity, but the policy and personalities of Labour party, the Lib Dems, the Greens, the SNP, Plaid Cymru are of less importance than ever before in this election. What is important is that they are NOT THE TORIES. Needless to say there are some wonderful, positive, thoughtful and radical policies in the Labour Party manifesto, and doubtless they will be submerged as much as possible by our media in their contempt for the leadership – as Jeremy Corbyn himself put it “the media scoffs at anyone who steps out of line”. But the focus needs to be to use your vote to get the Tories out. Enter your postcode here:

– and find out how to do that.

We don’t get the chance to change our government very often in the UK so everyone should grasp this opportunity. This time your vote, if used wisely, could save a child’s life, save a disabled person’s life, get a kid through school, get someone off benefits or off the streets, even save the very existence of the country.

Register to vote, and vote the Tories out.