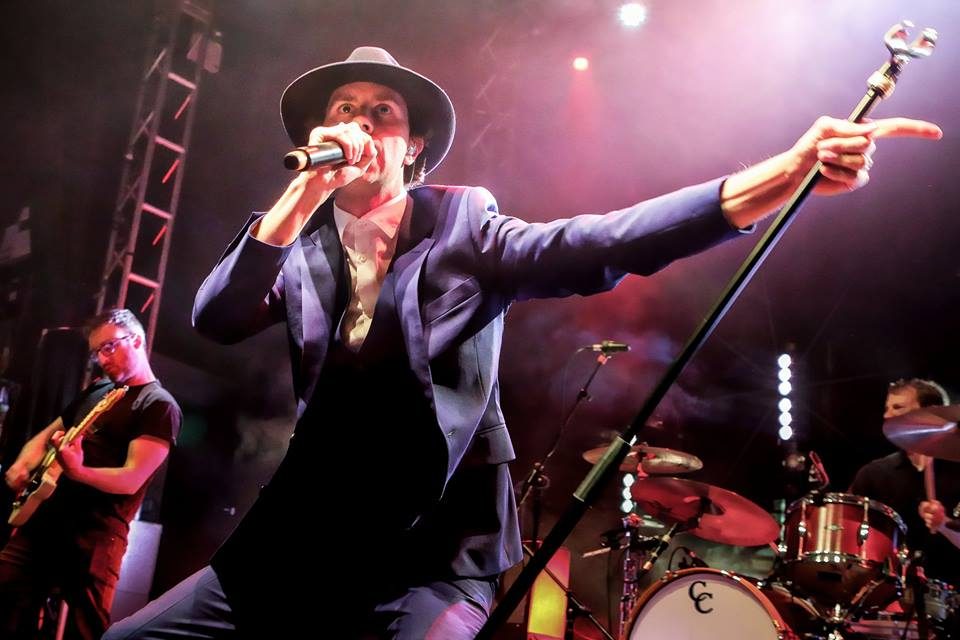 With Maximo Park and Billy Bragg announced to play RivFest this summer, Getintothis’ Jackie Lees has all the details of an impressive line-up.

Billy Bragg and Maximo Park, as well as a whole host of other acts are lined up to play Rivfest this summer.

Teaming up with Warrington Festival, The River Reeves Foundation has gathered a genuinely impressive line up for Rivfest 2017 which takes place at Warrington’s Priestley College on September 2.

Now in its second year, the festival has been organised by The River Reeves Foundation, set up following the tragic loss of Viola Beach‘s River Reeves in 2016 with the aim of offering financial support to those who most need it as they struggle to make careers in the performing arts.

Coldplay have been big supporters of the Foundation and the event, having dedicated their headline performance at Glastonbury Festival in 2016 to Viola Beach last year, giving them an ‘alternate future’ by performing Boys That Sing alongside original footage of the band in one of the most moving musical moments of last year.

For this years Rivfest the Foundation have pulled together a great selection of artists to similarly help them in their work. Across two stages, they’ve garnered the support of headliners Maximo Park and Billy Bragg along with Eliza and The Bear, Spring King and Slydigs.

Naturally, the festival is loaded with North West talent and other bands include The Jackobins, Weekend Wars, Pacific and TVME along with Leeds-based Caro and many more. Warrington’s own Max Vickers and winner of The Voice, Mo Adeniran, will also be performing.

The foundation will also be donating £1 from each ticket sold to the We Love Manchester Emergency Fund. 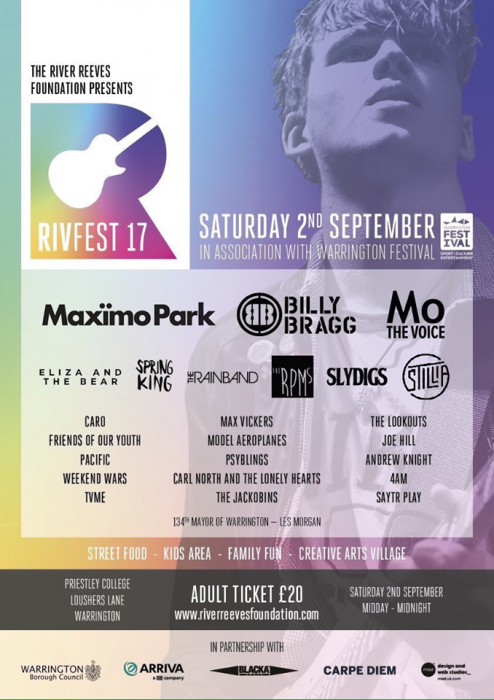