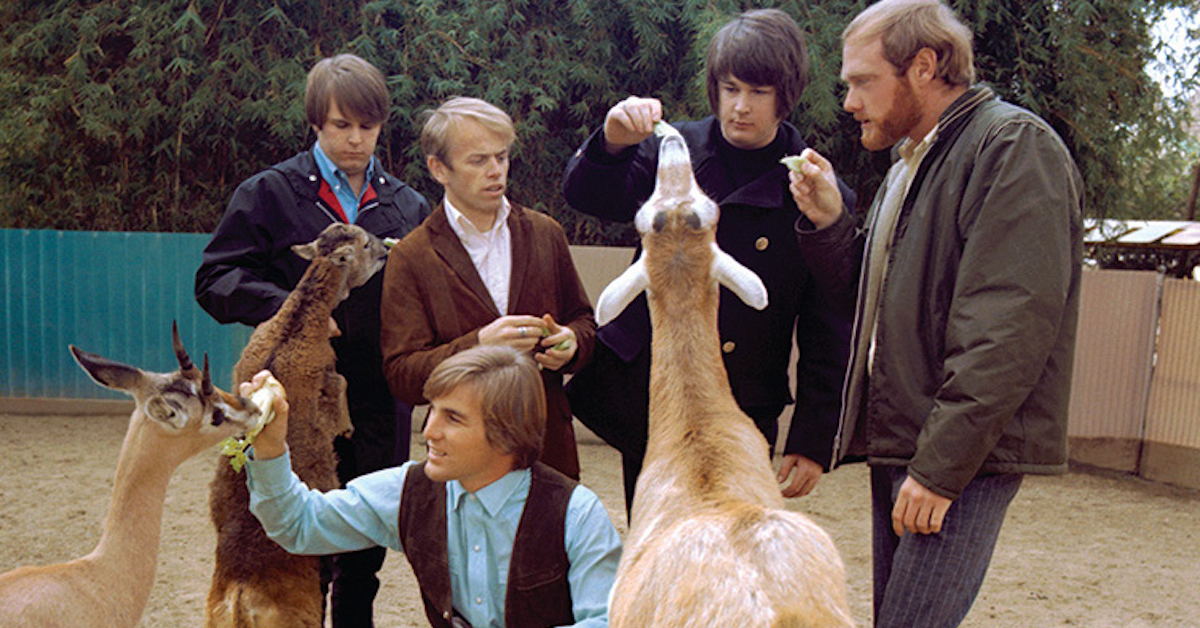 Ahead of the final UK performance of Pet Sounds in Liverpool next week, Getintothis’ Adam Lowerson explores what many consider to be the greatest record ever made.

In 1964 the Beach Boys were riding the crest of a wave, their California-sunshine tinged rock and roll had propelled them towards being one of the biggest pop groups in America.

In December of that year, the course of their path changed forever.

Fresh from the release of two of their most successful singles yet, Fun, Fun, Fun and I Get Around, the band were due to start their next tour with a show in Houston. But five minutes into the flight from Los Angeles songwriter and Beach Boys founder Brian Wilson, suffered a nervous breakdown, crying in the aisle of the plane and shrieking into a pillow, demanding for the flight to be turned back around to California.

In the subsequent days, Wilson quit touring, not performing with the Beach Boys again for another 12 years, where he was subsequently replaced by the future Country star Glen Campbell, and eventually Bruce Johnstone. With the constant pressures of being the band’s primary songwriter, an intense touring schedule and a torturous relationship with his cruel and controlling father, Murry Wilson, Brian retired to the studio, with the promise that he’d be able to provide more songs for his bandmates while they continued to tour.

The Beach Boys‘ loss though, was the rest of musical history’s gain.

While the Beach Boys had made their reputation through simple rock and roll with tunes about girls, cars and surfing, Wilson always had great ambition for his songwriting. Having spent his life poring over the harmonies of the Four Freshmen, obsessing over the ‘wall of sound’ production of Phil Spector, Wilson had a dream to create the greatest record ever made.

He responded to The Ronettes‘ Be My Baby, a track which he describes as his all time favourite song, by trying to emulate its sound by writing Don’t Worry Baby, but it was the latest release from a certain band across the Atlantic which really changed things for Wilson.

The Beatles‘ Rubber Soul, released in 1965, redefined how an album should sound. Instead of being focused around a few key singles, the record had songs, which as Wilson described, “went together like no album ever made before.”

Speaking on when he first heard the record, Wilson later recalled, “Rubber Soul just took me away. And I went to the piano and started writing Pet Sounds. It took me to Pet Sounds. It was a moment that lived forever in my heart.”

So in January 1966, Wilson assembled a group of classically trained musicians, including a group known as the Wrecking Crew who had previously appeared on many Phil Spector records, and entered a studio in Hollywood to begin creating his magnum opus.

Where the Beach Boys had become loved for their simplistic lyrics, Wilson wanted to take his songwriting in a new direction, so acquired the help of an up and coming wordsmith he’d met through mutual friends. However, he wasn’t the most conventional choice of collaborator.

Tony Asher was a copywriter working in the advertising industry, who had to take a short leave of absence to work with Wilson and due to commitments missed much of the recording of Pet Sounds. His previous career highlights included several jingles, most notably for Mattel Toys, so for Wilson to choose Asher as the man to help bring to life the noises in his head and feelings in his heart, it was a bit of a leap of faith.

Yet Wilson and Asher struck up a strong bond, resulting in some of the Beach Boys‘ most profound and moving songs yet. Speaking on his relationship with Wilson, Asher later retold, “It felt like we were writing an autobiography, but oddly enough, I wouldn’t limit it to Brian’s autobiography… We were working in a somewhat intimate relationship, and I didn’t know him at all, so he was finding out who I was, and I was finding out who he was.”

It was the perfect match, a partnership which allowed Wilson to realise his vision and convey his feelings in a way which he hadn’t been able to before.

Yet when Brian‘s bandmates returned from a tour of Japan and joined the studio sessions to add their vocals and harmonies to the record, their response was far from one of acceptance of the drastically new direction that Wilson was taking the Beach Boys in.

The most resistance came from the Wilsons‘ cousin and Beach Boys frontman Mike Love, who argued that straying too far away from their winning formula of surf music would alienate their fans. His resistance was such that the original lyrics to Hang on to Your Ego were scrapped altogether, with the track later becoming I Know There’s an Answer, as Love argued that it was a drug song and too controversial.

It wasn’t only Love who had his reservations however, with the band’s label Capitol Records also approaching the release of the record with an air of caution, worrying that the music wouldn’t connect with the group’s ‘young female fanbase’. Yet initially, their caution proved correct, with Pet Sounds debuting at 106 in the Billboard charts on its release. It’s critical reception was also that of muted praise, and it probably seemed inconceivable that the record would go on to be considered by many the greatest of all time.

But those who spent time with the record early on knew. It’s often said that when Lennon and McCartney first heard Pet Sounds, they went away and wrote Here, There and Everywhere, and started work on trying to top it, eventually resulting in Sgt Pepper’s Lonely Hearts Club Band, and McCartney is often quoted as describing God Only Knows as his favourite song ever written.

Now, just over 50 years on from the release of Pet Sounds, with Brian Wilson set to perform it live for the final time in the UK this month, the album has stood the test of time and is rightly, widely considered to be one of, if not the best LPs ever recorded.

Pet Sounds is so much more than just an album. It’s a masterpiece. A teenage symphony to the uncertainties and complexities of love, life and living. From the bare, intimate and exposed sound of Don’t Talk (Put Your Head On My Shoulder), to the ode to a teenage sweetheart of Caroline, No, the album invites us into Wilson’s mind, baring his soul. It’s a Beach Boys record by name, and while the recording was very much a collaborative effort with huge layers of sound, it shows Wilson at his most alone and fragile.

The centrepiece of the record, and arguably the Beach Boy’s career, God Only Knows brings everything together in one of the most perfect pop songs ever written. For a love song to open with a line such as “I may not always love you” is almost unheard of, yet it evokes the feelings of insecurity and fear of teenage love better than any combination of words ever could. Carl Wilson‘s sombre vocal is perfect for the track, bringing an innocence to the sound of a song which Wilson and Asher reportedly wrote together in less than an hour. If ever evidence was needed that some songs were just meant to be written, this is surely it.

The same could be said for the record as a whole. So many obstacles were put in Wilson‘s way, from dissenting band members to his own mental fragility, yet over a recording period of nearly five months, the 23 year old pushed the boundaries of studio technology to change the course of popular music forever.

In a stunning career responsible for many great American classic songs, Pet Sounds was Brian Wilson‘s defining moment – one which will see him remembered as one of the great songwriters alongside greats such as Lennon, McCartney and Dylan, visionary producers alongside the likes of Spector, and boundary pushing composers alongside Mozart, Beethoven and Gershwin.

God Only Knows where we’d be without him. 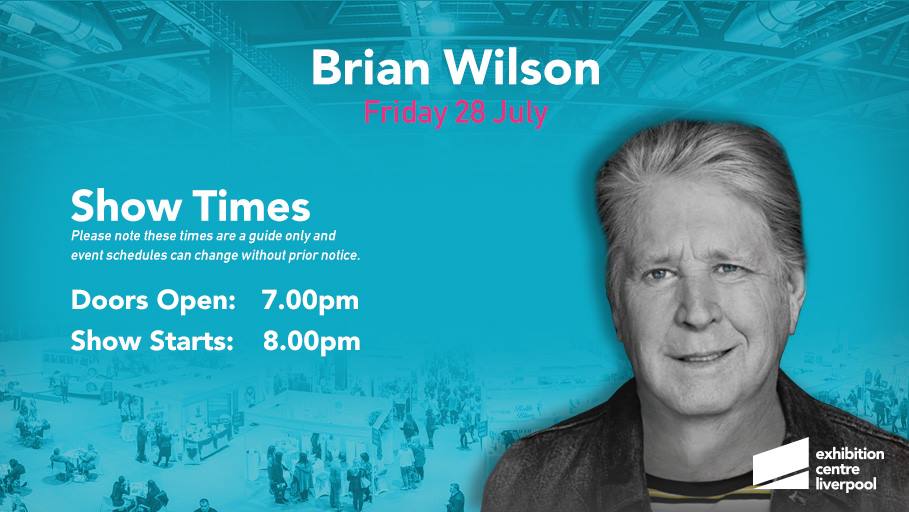