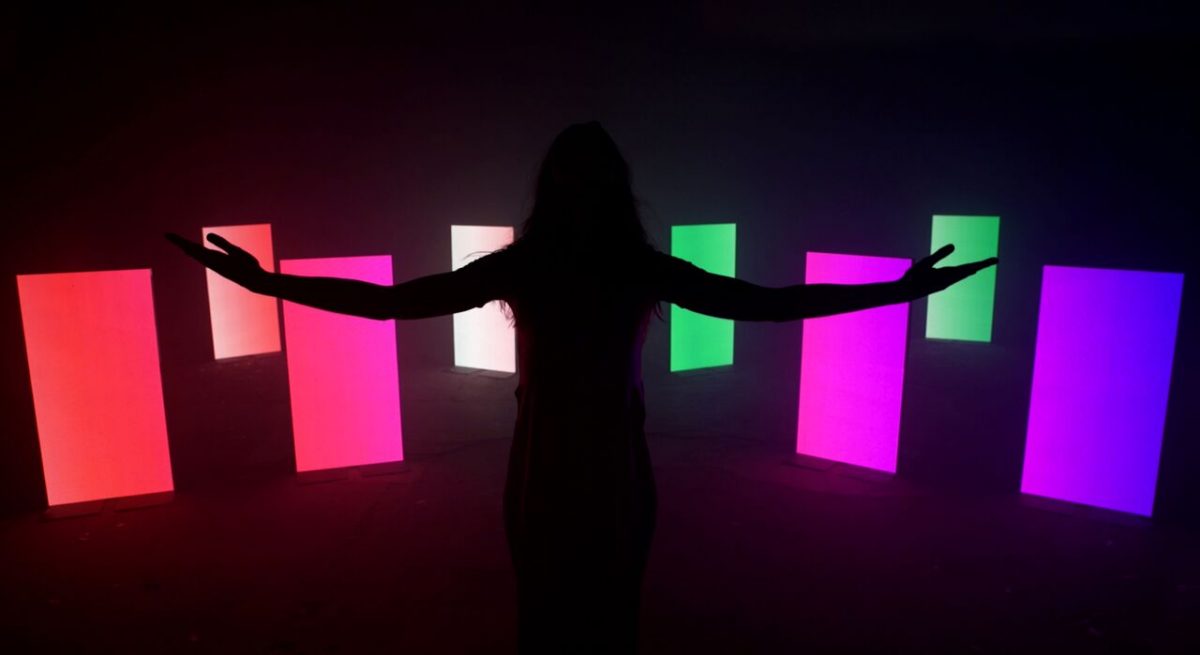 More whacked-out goings-on have just been revealed, as Getintothis‘ David Hall gives you the emerging details of what we know so far.

Liverpool International Festival of Psychedelia organisers have revealed the full line up and day splits for the September happening.

Appearing at Irregular Orbits will be Once & Future Band, psych-jazz troupe Sunwatchers, joining the fuzz-pop of Male Gaze, French two-piece Magnetix and the post-punk of Duds. 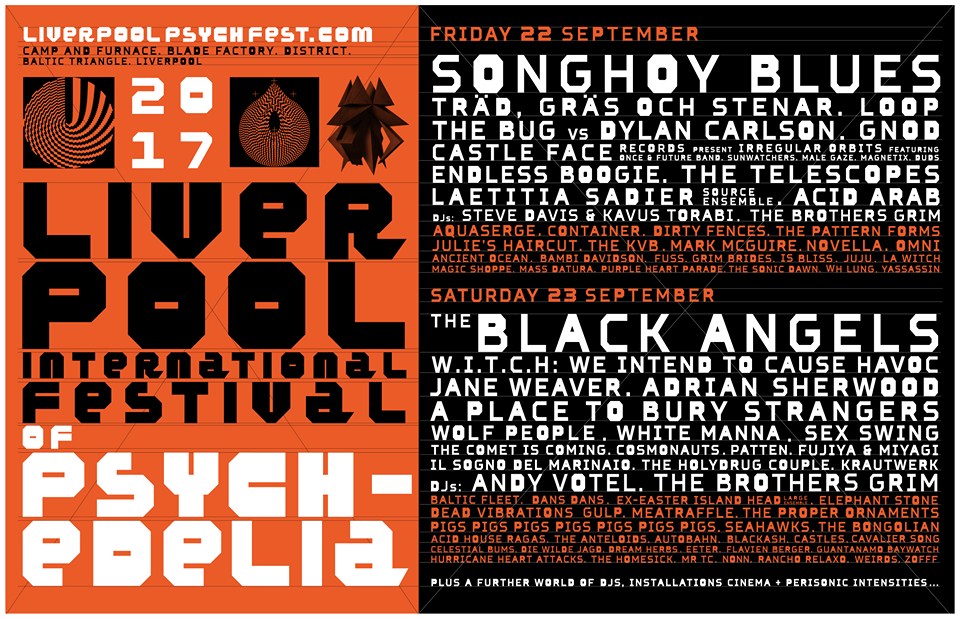 The pioneering Zambian rock band – releasing the country’s first-ever pop album in 1973 and spearheading a new genre dubbed Zamrock – will play live accompanied by a film screening of documentary We Intend To Cause Havoc, about the group.

Liverpool Sound City 2017 review, pictures, what we learnt plus 17 best acts of the festival

As if that wasn’t enough, a huge second wave of acts has also been announced, consisting of The Bug vs Dylan Carlson, Jane Weaver, The Telescopes, Il Sogno Del Marinaio, Gnod, The Holydrug Couple, Fujiya & Miyagi, Cosmonauts, Patten, Krautwerk and Endless Boogie. All are set to take Merseyside by storm in September. 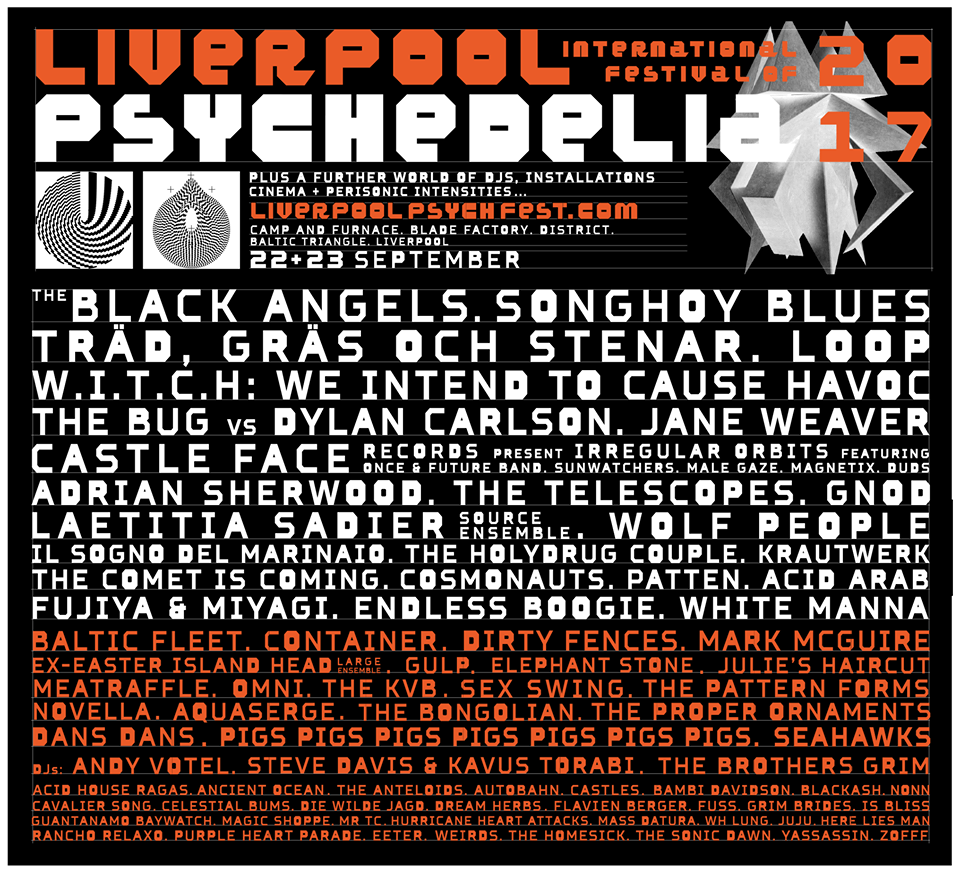 A raft of DJs have also been added to the billing, with Andy Votel, Steve Davis and Kavus Torabi joining the previously-announced Brothers Grim at the Baltic shindig.

UPDATED: Here’s a mind-melting PZYK playlist of the artists and bands playing this year’s Liverpool International Festival of Psychedelia