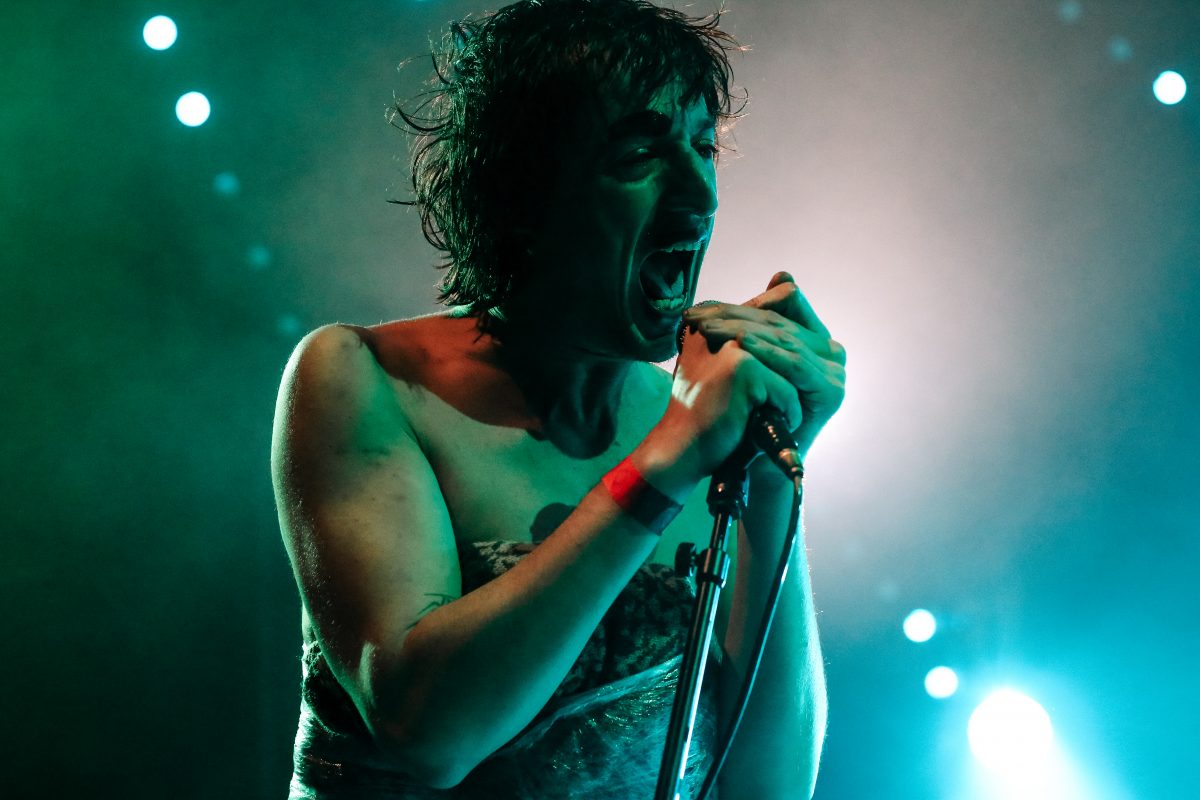 Moonlandingz are set to play a last live show for a good while and Getintothis’ Lucy McLachlan has the details.

The Moonlandingz announce their final tour of the year and are planning on going out with a bang.

The semi fictional Psychedelic Ouija Pop band featuring members of Fat White Family and the Eccentric Research Council have announced they are going ‘back to fiction for a while’.

Five shows have been announced with more special guests yet to come, but it’s the Manchester one that’s got us buzzing with support enlisted from The Black Lips and PINS.

Rounding off the the billing very nicely are the dark, intense, girl-group punk, Manchester’s PINS. Known for their kooky onstage antics and glittering guitars they’re in their home territory and backing an incredible lineup.

In what seems to be like a perfectly curated billing, we expect this show to be the most riotous, raucous send off.