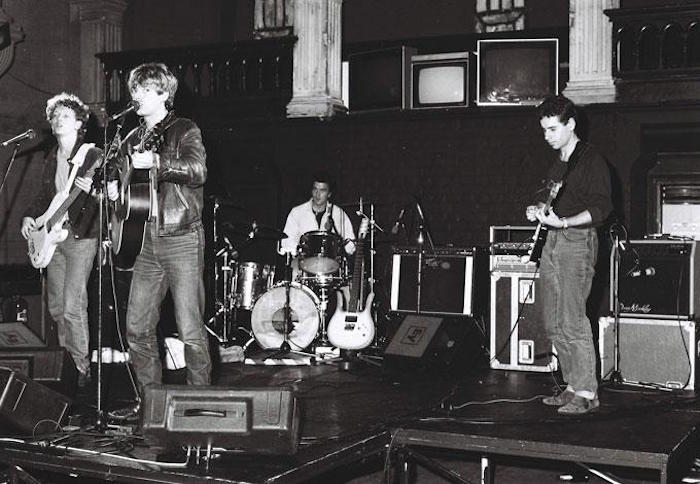 The La’s by Jake Summerton

With an exhibition and new album celebrating the career of the La’s set for later this year, Getintothis’ Adam Lowerson has details on how you can win tickets to the launch.

The La’s – 1987, an exhibition documenting the iconic band’s first tour, will open in September of this year, coinciding with the release of a rarities album of the same name.

The exhibition, brought to fruition by the Viper Label and RedHouse Originals Gallery, will showcase rare and unseen photographs documenting the first tour by The La’s, supporting the single Way Out. The exhibition coincides with the release of The La’s 1987, a compilation of unreleased studio recordings and live rarities, recorded in Liverpool in 1987.

The photos, which were taken by friend of the band Jake Summerton, were recently discovered in the photographer’s son’s house.

Guitarist Paul Hemmings said, “Jake Summerton was one of the first people to take photos of The La’s. I remember him being a ball of energy. He knew he was capturing a magical time and had the eye to do it. I’m extremely pleased he is now getting the credit he so rightly deserves.”

The exhibition opens at The Florrie on September 15, and will also include original handwritten lyrics, set-lists and ephemera, which will going on public display for the very first time. The collection then moves to RedHouse Originals, Harrogate in October.

Getintothis have a pair of tickets to give away to the night at the Florrie on September 14.

To be in with a chance of winning, all you need to do is ‘Like’ the Getintothis Facebook page, share this post to your wall, and tag the mate you want to bring. Easy.