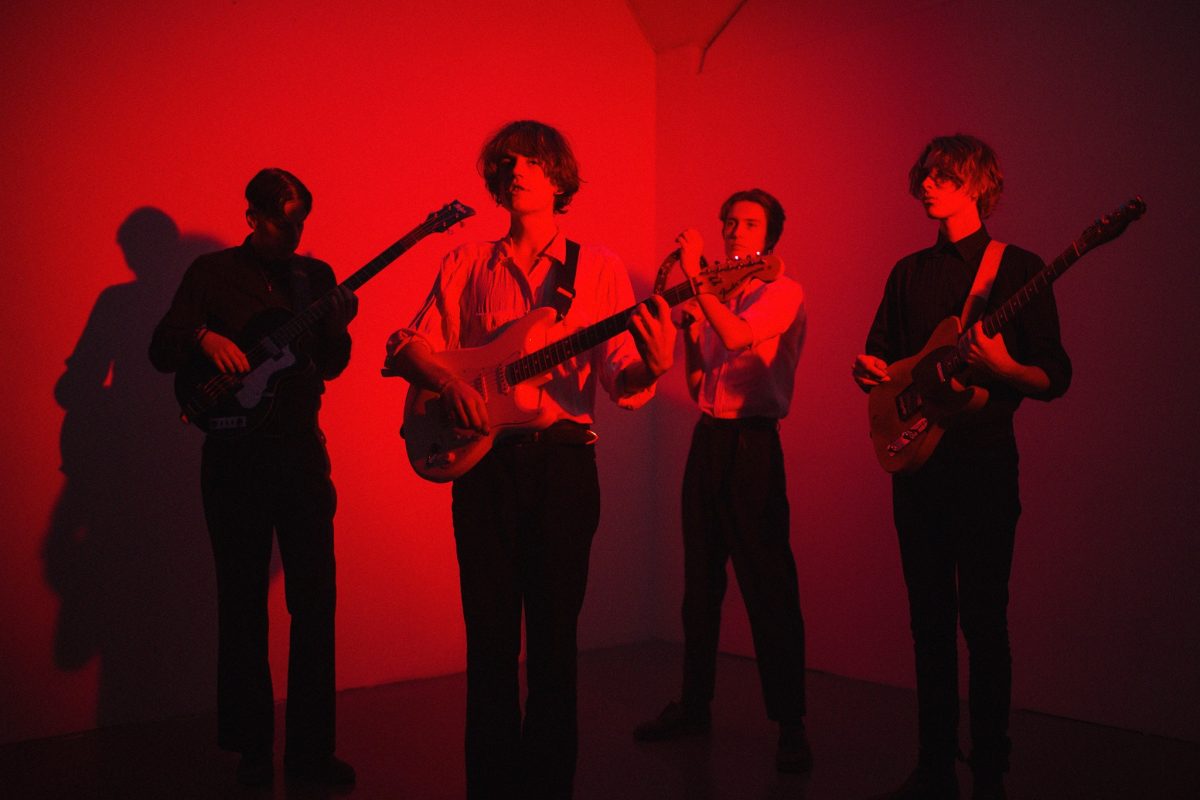 Back at the helm of Unknown Pleasures this week, Getintothis’ Jake Marley unearths three more glorious under the radar gems hailing from various corners of the globe.

It’s a new sensation! Stockholm quartet Delagoon have just unveiled their stonking debut EP New Sensation, led by an all guns blazing, outright banger of the same name. A truly gargantuan, heavy-trip, completely consuming sound with its toes heavily dipped in psychedelic oceans and a heart awash in post-punk dynamics.

Across its formative moments a throbbing alarm-like synth and thumping drums and a pulsating bassline lead into scuzzing, off-kilter psych guitars and dream-pop, trippy synth loops, all fighting for room under a effortlessly cool, 80s post-punk modelled vocal. Absolutely fucking killer. Look out for your new sensation!

There’s a motto to be stuck by with certain labels. In this case it’s wherever there’s a flying nun, a killer band is sure to follow. That developed due to any group picked up by New Zealand’s fantastic Flying Nun Records generally blow your socks off in some style. Note that label name, they’re a very special independent that simply don’t get the credit they deserve.

They picked up fabulously named trio Mermaidens off the back of a fair bit of buzz for their releases last year and having developed quite a love for their latest release Satsuma, it’s not hard to see why they took the plunge. It’s a right ripper!

Taken from their label debut Perfect Body due August 4, Satsuma opens with a killer drum sequence, setting the tone for the menacing, formidable nature that lingers on with every bass throb or scuzzy guitar lick. Compelling, at times prickly guitar-pop that could well be the basis for a stand out long-player this autumn. Remember keep an eye out for the flying nun!

Now for something totally out there. Maxime Delasalle, known by his stage name hOab and his beautiful piece of instrumental wizardry – Kleistpark. A find from trawling soundcloud in the early hours, delving the depths of Fat Cat Records’ demo section (supplier of many beauties to Getintothis columns I’ve penned in the past), and with the promise if hOab is anything to go by, of many more to come.

This column is all about unknowns and this one certainly drops under that banner. You’ll do well to find much talk online, this is a rarity in that sense – an artist who prefers to let his musical belters do the talking. It really is so damn beautiful.

Share. Twitter Facebook Google+ Pinterest LinkedIn Tumblr Email
Previous ArticlePrince 21 Nights at the O2 in London – 10 years on from the greatest show on Planet Earth
Next Article Kendal Calling 2017-what we learned from a weekend in the Lake District