Prince 21 Nights at the O2 Arena in London

Prince broke every rule and every record in music history ten years ago this week, Getintothis’ Peter Guy reflects on his weekend in London watching the legend still at the very peak of his powers.

For better or worse, they pop up daily to remind us of our life evaporating away at a seemingly uncontrollable pace. For myself, the social media scroll is usually half asleep on the morning train commute, and consists of a few thumb strokes up the phone screen whisking to the present to see what’s unfolding in the [un]real world.

But this week, I stopped and found myself reflecting upon the single greatest musical experience I’ve ever witnessed. Something so special my mind’s bent it all out of all proportion adding myths, extensions and dream-like qualities elevating it to some kind of ridiculous near-spiritual plain of which there’s seemingly no equal.

The funny thing is, the experience itself needn’t be exaggerated. For the reality was a near-magical happening in itself. That happening was spending a weekend in the company of Prince at London’s O2 Arena.

Ten years ago this week on August 1 2007, Prince began a run of 21 sell out shows at the former Millennium Dome in London.

He did it as only he knew how.

During a surprise press conference on May 8, Prince declared he was to play ‘all the hits‘ and the tour would coincide with a new album Planet Earth. He would subsequently give the record away with the Mail on Sunday – and the paper would sell an estimated 600,000 extra copies; it’s biggest circulation figure since Princess Diana‘s death.

Tickets for each show would cost a mere £31.21 (a number later translated to his album titled 3121) and his band would rehearse an estimated 200 songs which they’d play in no particular order but juggle into a largely improvised set all of which would fall into place on the night under instruction from a few of Prince‘s onstage characteristic gestures.

If the hype and the build up was sensational, the shows and reaction from critics and fans alike was off the scale.

Back in the North West of England, as many music fans can presumably relate to, our ‘on the road’ gig trip to London consisted of a friend group which was ramshackle to say the least.

There was Matt – a part-time sound engineer, part-time bass player, part-time youth worker and full-time stoner; there was Rosie a long-time friend who spent most of her days in the woods hunting for fairies or in her bedroom listening to Kate Bush; there was myself a lowly sports journalist and finally my auntie Val – an older, wiser and considerably more cooler member of our party for she had been a fan of Prince far longer than any of us and had seen him in the flesh more times than all of us put together, and was therefore slightly less hysterical about the prospect of seeing him on two consecutive nights in London. That said, she was still close to delirious with excitement.

We all were. Because like most Prince fans – we were all 100% devotees.

When the weekend arrived, we rented a car. Primarily because my auntie was the only one who had one but also because she was too nervous about driving around central London and ‘getting it scratched‘.

However, what turned up wasn’t a car but what looked like an US army jeep. Designated driver Matt seemed most pleased such was his grin suggesting if anyone was doing the ‘scratching‘ – it was him. Having navigated the motorways and the traffic chaos of the capital we parked up at our hotel near Tower Bridge – it turned out to be something akin to Faulty Towers; all mis-matching furniture, knackered beds and one-star facilities. Frankly, it didn’t matter – we were off to see Prince. Twice.

And after a curry by the Thames we caught the ferry which dropped us outside the Dome in down town Greenwich.

Now, anyone who managed to see Prince live knows his fans make a special effort – and here, such was the magnitude of it all, it felt like everyone was off to see the Wizard of fucking Oz. There was a purple carpet lining the snaking pavement and such was the glitz and glam on offer you’d have thought everyone had won a golden ticket to Willy Wonka’s.

Once inside, the surreal nature of the occasion was ramped up further; the Dome had recently reopened and rechristened The O2 and passing by the chain stores and soulless fast-food outlets we walked into the vast hall to be greeted by a monolithic Prince style love symbol stage in the centre of the arena floor. It was huge, and Prince clearly intended to utilise it all.

What happened during the course of the next 48 hours is something as close to a dreamlike, out of body experience we’ve ever known – so if the details are wrong (adopt Sheena Easton voice) – I stand corrected.

With the house lights down, the screaming up, Prince seemingly elevated through the floor – unlike the following night when we’re sure he was carried to the stage in some kind of make-shift rickshaw – and for the following two hours he worked his way through hit after hit, rare cut after rare cut and a variety of medleys and covers.

The heavy stripped down funk of 3121 kicked off proceedings in typical Prince fashion; here was a track almost no one in the Arena would have heard before but such was his indefatigable persuasion he chose to open the night with a new song. And with the horns working he segued into party anthem Girls and Boys and a brassy cover of traditional gospel song Down By The Riverside complete with extended brass.

Clearly the days of jumping off pianos into the splits were behind him but his small frame was athletically straddling the stage as The Twinz dancing pair of Maya and Nandy did the rest.

Fourth song in, he tossed out Purple Rain – like it was just another song. We’d seen him perform it once before but this was explosive stuff and while we were singing we were subconsciously thinking ‘he’s playing Purple Rain already, what the actual fuuuuu…?!?‘

The hits kept coming too – Cream, U Got The Look and Let’s Go Crazy, were all tumbling into the mid-set mix interspersed with ridiculous instrumentation and the covers including Play That Funky Music and Pass The Peas.

While every so often we’d find ourselves catching the eye of a nearby fan and we share knowing looks of ‘this is really happening – can you believe he’s really playing this kind of set?‘ To put into context many fans wouldn’t have seen him live at all – while many fans like myself would have seen him under the Artist Formerly Known As moniker in which he largely swerved his classics for new material.

Of the newer tracks in London it was the brooding ballad of Shhh which truly shone. A song which allowed Prince to extend his lungs while his band – and in particular drummer CC Dunham – went truly batshit before he returned the favour with an outrageous guitar lick to close. That it bled into the understated pop of Musicology was set structuring genius in itself.

There was more that followed – Kiss, Nothing Compares 2 U, a quite sensational (and unexpected) If I Were Your Girlfriend before he closed the main part of his set with a three-song finale straight out of purple heaven: I Feel For You, Housequake and Controversy. With everyone on their feet and hearts palpably racing, it already felt like nothing could top it. But this was just the start.

He returned with abridged versions of Little Red Corvette – a teaser which slipped into a guitar-funked work out of Raspberry Beret and a restrained diced up version of Sometimes it Snows In April before leaving the stage once more. With almost two hours on the clock we were about to leave our seats and he reappeared this time to belt out a version of a song we usually can’t stand –  Gnarls Barkley‘s Crazy – but for that moment, we didn’t care. One Nation Under A Groove danced it’s way back into Get On The Boat and before we knew it we were sat in one of those tasteless fast food joints wondering what on earth did we just witness?

But this was just the main course of our first evening.

As people danced amid the shopping outlets and on the tables of McDonalds, all of which pumped Prince hits out into the arena corridors, we were ready for dessert – and our first ever ticket to one of Prince‘s fabled Aftershows.

That’s right. We hadn’t just come to the capital for two nights of Arena gigging – nope we’d gone the whole hog and bagged four slots in the mini club – the horrendous named, IndigO2 (no prizes for guessing who was sponsoring this place).

After catching our breath, a brief toilet pit-stop and a small time queuing we entered the dimly lit IndigO2 to find support act Beverley Knight on stage.

Now, we’ve little against Ms Knight – but here was the rub. The aftershow tickets came with a very clear notice – there was no guarantee of anything – no guarantee of live music, no guarantee of the New Power Generation, and certainly no guarantee of Prince. You paid your extra £25 and got what you were given. So to see Beverley doing her thing on stage after midnight was a little worrying.

Was this what we were getting?

We pulled up a table near the mid-section of the club, ordered drinks, chatted among ourselves and somewhere in my own mind I thought I was in a kind of Goodfellas meets Tarantino flick – such was the red lighting, faintly naff jazz club vibe with an air of 1970s tackiness permeating the air.

After at least 45 minutes, we shared looks as if to say, ‘shall we make a move‘ – it was after all nearing 1.30am and we had a full Saturday night of Prince to look forward to. However, just as we thought of making that move, Beverley burst into some form of acapella rap along the lines of ‘I know who you want to see, P. R. I. N. C. E‘… and who should appear? Santa! Nope, it was that skinny motherfucker with the high voice.

Dressed in a veil and what very much could have been his silk pyjamas, Prince glided on to the stage a mere 20 metres away. It was astonishing to be *so* close to him. Even more astonishing was the next 90 minutes as we were treated to extended jams and virtuoso playing by not just the man himself but the NPG who were let further off the leash.

A Love Bizarre, Alphabet Street, Kiss bounced off the likes of the Rolling Stones‘ Miss You, bits of Led Zeppelin‘s Whole Lotta Love, CHIC‘s Le Freak and daft moments like Love Rollercoaster and No Diggity were all chucked into Prince‘s bubbling cauldron.

At around 4am we emerged into the daylight – for it was light – the sun had begun to come up and the seagulls were everywhere – and though we were exhausted, it was the single most astonishing night of musical magic we’d all experienced.

New taut track Black Sweat was a high, as was a quite incredible Beautiful Ones straight into Diamonds and Pearls – it was at this point my auntie cried for at least the twentieth time.

Did we mention he started the whole set with Purple Rain? Yes, it was like he was taking the proverbial purple piss.

But he could do that. He was Prince. Only music was his master. And for 21 Nights in London he once again proved to the world, he was the greatest there ever was. 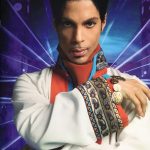 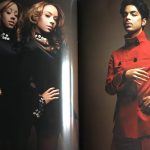 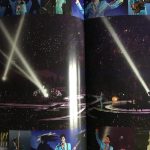 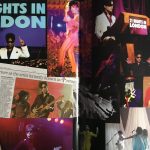 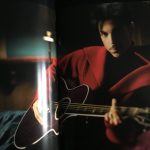 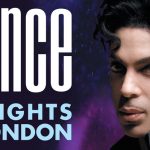 Prince 21 Nights at the O2 Arena in London