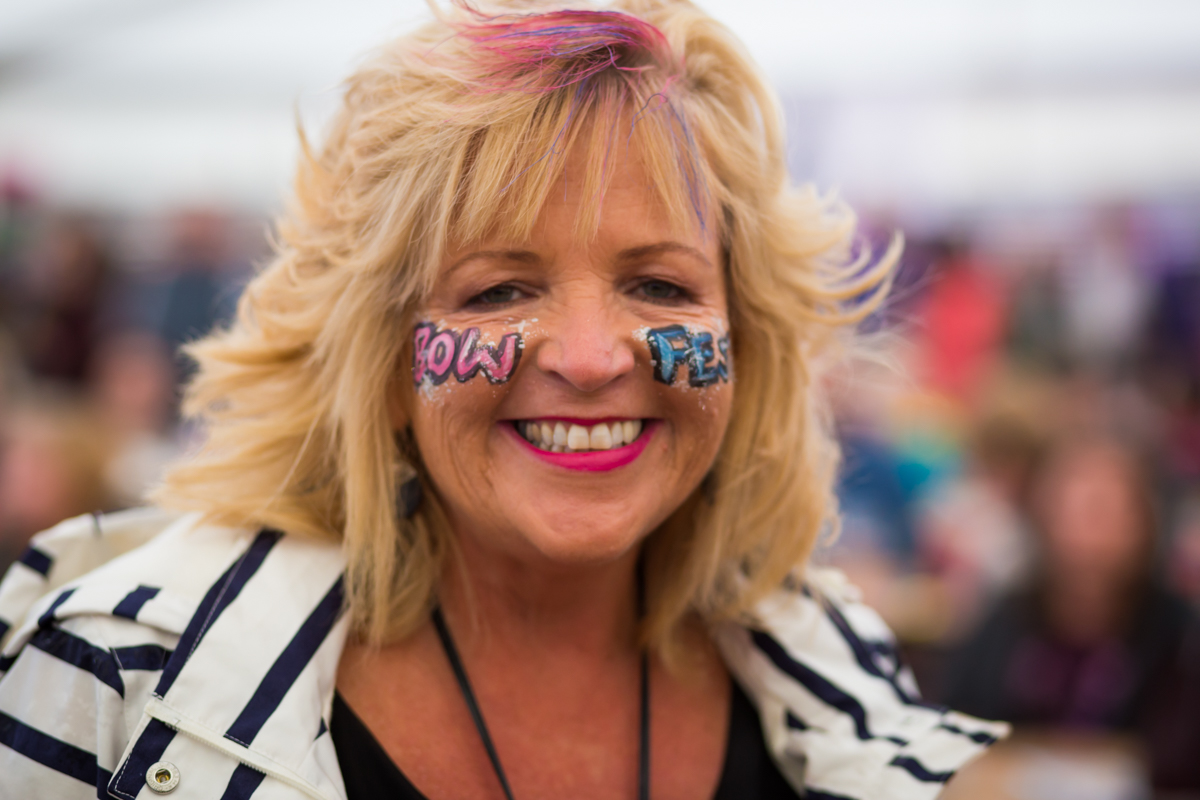 Getintothis’ Peter Goodbody headed north (and west) for Inveraray’s Best of the West festival and came back with a refreshed view of what Scotland has to offer.

Having listened on the car radio to Liverpool’s 5-0 humiliation at the hands of Man City we needed something to brighten our mood. So as we approached Inveraray it was good to see blue sky (as opposed to sky blues – see what we did there).

BOWfest is set in the grounds of Inveraray Castle, home of the Duke of Argyll who gives up a small part of his massive garden for the event. As it’s name suggests this is a stage for the West of Scotland to show what it can offer, whether music, food, drink, clothing or things.

So pass in hand, we settle in the pit for The Camans to hit the main stage in the 1,200 capacity marquee. A kind of crowd pleasing fiddle led sing along ensued. To be honest this is pretty much what we expected and it’s easy here at Getintothis to be a bit sniffy about the bands in front of which we stand at times. But it wasn’t all going to be like this.

The Camans are well known around these parts and went down just fine with an appreciative audience.

But we needed food. The obvious place to head is the Loch Fyne stall. This company has built up an enviable reputation for quality seafood, originally from a small stone hut on the side of the loch. Now they ship their wares internationally and rightly so, because their quality is beyond doubt.

A portion of moules frites later and we were all set. We wandered over to the cooking demo tent to watch Paul Leonard from the Isle of Eriska hotel do his thing. Sadly an RTA had blocked the road and he didn’t manage to get through for his allotted 4.15 slot. No mobile signal meant there was no ETA and it was assumed he was somewhere along the one hour diversion.

In the event Paul Leonard wasn’t the only one to get stuck. The locals are used to it. A serious RTA can effectively cut off Inveraray from either north or south for miles – there’s one road in and one road out. A couple of the bands due on the main stage also got caught up in the blockage.

No worries though. People were having a good time. The sun was shining. There was food and drink. The Coaltown Daisies duo were dragged straight after their set on the small Loch Fyne Whisky Stage for a repeat performance on the main stage as a fill in for whoever should have been on next. “This is the biggest gig we’ve ever played” they said to the 200 or so who came to watch. They usually play in the corner of a local bar and they revelled in the experience. It was great stuff. Check out their Whisky for the Road EP over on their Facebook page.

The missing band, Hunter and the Bear are a big deal, especially for a small festival such as this, having played with Eric Clapton, Van Morrison and Simple Minds and making a noise in their own right. We’d been quite keen to see them. But nobody else seemed to mind their absence.

Then we learned the road had reopened and things managed to get back on track. Hunter and the Bear hit the stage an hour late and played an absolute blinder. No sing a long this. It was rock with attitude and we weren’t quite expecting it. This was proving to be a very rewarding day.

We repaired to the bar for a pint of local lager West 4. The barman misheard our order and pulled four plastic glasses from the pile. We didn’t realise until he was just about to start pouring the third one. Disaster averted. Two pints is better than one, right?

If we have a crit, then the queues for the bar were a bit tiresome. They could have done with either a bigger bar or another one. Nor were there enough chairs and tables outside. But these are minor niggles. We had music, beer and we could sit on the floor. We were fine. For fuck’s sake the fact it isn’t raining in Scotland is a bonus.

Manchester Arena reopens – a return to a different kind of normality

Blazing Fiddles played to a packed marquee on the main stage and we were hooked by their infectious enthusiasm. The name gives a clue as to how they sounded. As the sun set the air cooled noticeably and we figured a warming drop of Loch Fyne Whisky needed to be sampled. Just to make sure it’s ok, like.

Saturday closed with the quite brilliant Skerryvore killing the main stage. They’re a band best sampled live. And the Inveraray crowd loves them. They too had got held up by the accident. Their tardiness hardly needed to be forgiven. It was hardly noticed by most.

Sunday brought the rain back. Happily this is a festival small enough that the main business is all under cover in a series of marquees arranged in a kind of U shape. The rather tasty looking paella in the food tent wasn’t going to be ready for another couple of hours after our arrival so we settled down with half a dozen Loch Fyne oysters to keep us going.

When Cumbernauld 4 piece Madison took to the main stage to deliver a really strong pop / rock set we were starting to realise the relevance of a festival like this. It’s too easy to stereotype Scotland and Its fare into haggis, kilts and bagpipes. The Scots themselves can be guilty of doing this too. It brings in all important tourist dollars after all.

Sometimes, however, we need to be reminded there’s more depth and better quality. The Loch Fyne oysters are just one example. So too are sets from bands like Madison today and Hunter & the Bear from last night.

The merch tent reinforces the point. Stirling Gin – Scottish SME Business award winner 2017. Hand screen printed t-shirts from Urban Pirate that looked actually cool (we bought one). For sure there’s enough homemade fudge and scented candles to keep a certain demographic happy, but they’re mixed in with the cool stuff.

We were pleased we could take away something different and something new. Some bits of Scotland we didn’t previously know about. So in that sense the festival has done its job. Fair play.

Having said all of that, we can’t sign off without a massive kudos to Tide Lines. The Scottish BoyBand no-one has heard of. They have it all – good looking singer, good looking bass player, good looking .. yeah. Good looking band. And an unadshamedly Scottish folk sound. The kids went wild for them. And so they should. They were ace, but we wonder whether there is a wider appeal outside Scotland.

Eddie Reader has that wider appeal and went down a storm as Sunday’s headliner.

Sunday’s rain came and went and came back again. We’re frequent visitors to Scotland and we know only too well it isn’t the weather that keeps us coming back. That’s just a part of the experience. But we take away from this weekend a real sense of joy and pride in a demonstration of what really is the best of the west. It’s the music, the food, the drinks, the people. It isn’t the stuff you see on Edinburgh’s Royal Mile. There’s much much better than that.

Hunter and the Bear play Studio 2 Liverpool on 26 November

Images by Getintothis’ Peter Goodbody, save for Skerryvore by Richard Hunt Smith 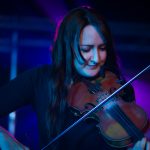 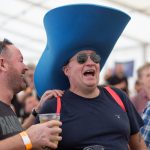 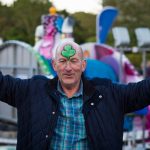 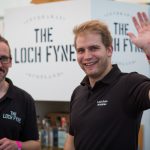 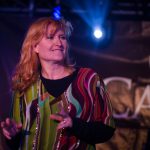 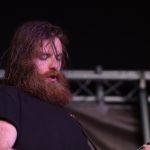 Hunter and the Bear 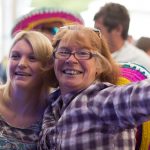 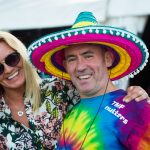 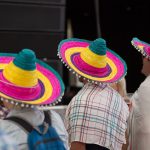 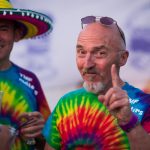 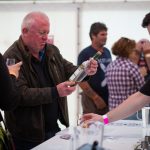 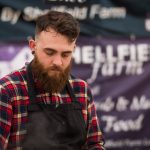 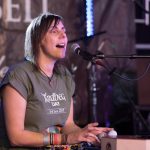 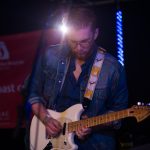 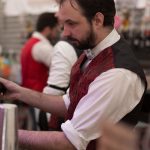 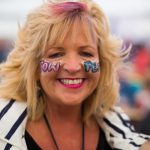 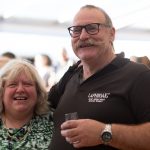 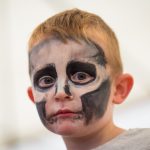 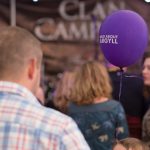 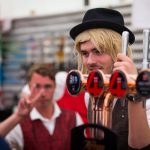 Best of the West – Bar 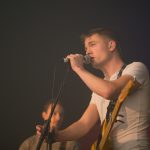 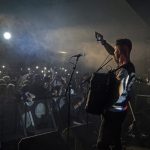 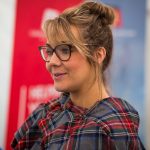 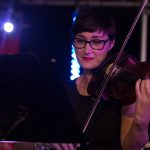