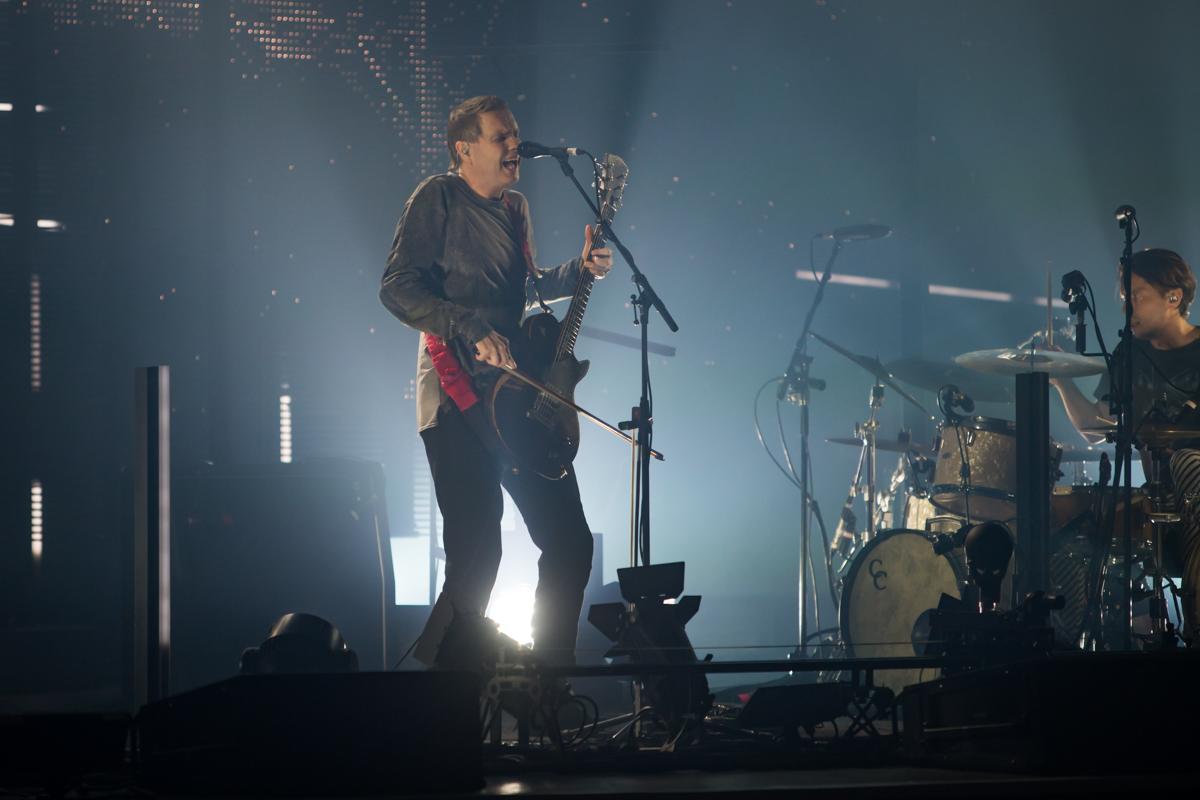 From a distance, singer Jónsi Birgisson appears to be in some sort of impassioned pain as he shrieks his pitch-perfect falsetto; his cello-typed bows gliding steadfastly across his electric guitar strings.

Pain, however, couldn’t be further from the truth, as he ecstatically wails in Banshee-like tones that even the gruffest amped-up reverberation and feedback noise cannot put asunder.

Manchester Apollo closed all its bars during their two hour performance on Monday night, on instruction from the Icelandic outfit themselves, to prevent off-putting disruptions in the rows and aisles.

A wise move, as this commentator once recalls a Roger Waters gig at the Liverpool ECHO Arena when tender moments from The Final Cut were exasperatingly interrupted by beery fans’ trips to get more chugging juice.

We were physically and figuratively almost welded to our seats, statuesque, our widening eyes the only human movement discernible to any outside observer.

Flash photography was banned. Even a trip to the toilet was frowned upon. Just tense up down there, and focus on the music.

From the start, the audience was held in a unyielding grip, capturing a deep intensity that never loosened and reached various climatic points – like Glósóli, from the band’s hugely successful 2005 album Takk – the first of those epic signposts.

Jonsi’s voice, in itself, is a thing of wonder.

His breathing and lung capacity alone astonished, as he attacked each new song with a melancholy vigour that subtly entranced the quietly contented Manchester crowd.

The interval was neatly-timed, a chance to step off the ethereal platform upon which we’d quickly been enveloped.

The second half was more hit-laden, if indeed, any of Sigur Ros’ massive post-rock soundscapes can be described as hits.

The volume reached huge levels at times – and on three occasions the sound painfully “popped out” with overload, gatecrashing the amplifiers with its apocalyptic crescendos.

“Shit,” said Jónsi, visibly shaken backwards, after one blow out.

My colleague almost jumped out of his seat. Those eyes then widened further.

“Festival” was a climatic joy, as the tension was ratcheted up to levels of emotion that saw drummer Orri Páll Dýrason plunder his kit with new abandon, going bare torso to throw every last bit of sweat and rhythmic muscle into his own wholehearted performance.

Sigur Ros impressively bookended their set with Kveikur, and finally Popplagið – sparking a standing ovation that caught on, slowly, amongst the audience.

This, the third of three Manchester shows on consecutive days ended the Icelanders whistle-stop visit to the northwest.

“Takk” was the one word left on the screen as the lights came on and we surfaced back into the real world.

That translates as a simple “Thank you,” which was entirely mutual. 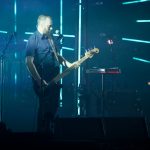 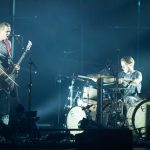 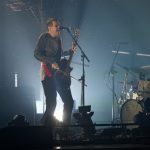 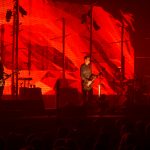 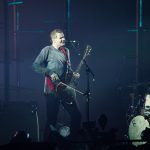 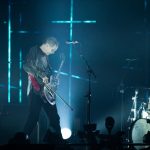 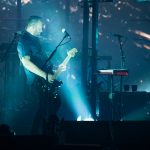 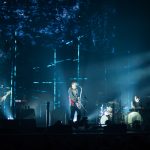 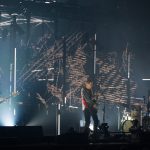