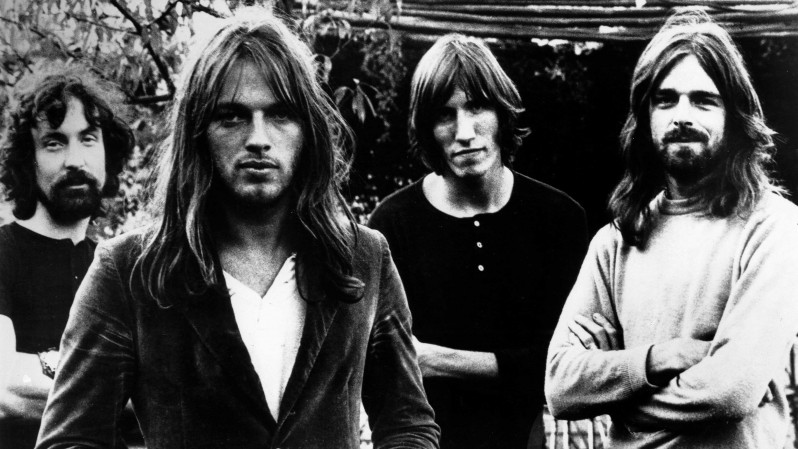 As Pink Floyd take over the V&A museum, Getintothis’ Gary Aster takes a look at the highlights alongside the missing chapters of the exhibition.

The V&A plays host to Pink Floyd’s Their Mortal Remains exhibition until October.

Having previously hosted similar, music-themed exhibitions focusing on David Bowie and, more recently, the late 60s psychedelic era, the Victoria and Albert Museum turns its attention towards one of the UK’s most enduring and successful musical exports – Pink Floyd.

Time has now officially been called on the Pink Floyd brand making it the perfect time to look back on the remarkable career. David Gilmour has declared himself “semi-retired” and Roger Waters described his new album and tour as “the last lap” for him. The band’s other surviving member, drummer Nick Mason, has emerged as Pink Floyd’s most enthusiastic archivist and taken an active role in the organisation of this exhibition, providing or locating many of the items on display. Of course there’s an obvious quip to be made about dinosaurs belonging in museums so let’s just acknowledge that and move on.

In truth, there are very few bands whose careers provide sufficient material worthy of such an exhibition, but Pink Floyd are most certainly one of them. Paradoxically this is partly due to their relative anonymity. From the start, Pink Floyd were a band who shunned the limelight, lurking in the shadows of their own gigs and rarely photographed for their record covers or promotional material. Instead they opted to rely on psychedelic light shows, specially commissioned films, stage props, and surreal Magritte-inspired imagery. Arguably, this is as much an exhibition of the work of Storm Thorgerson and Aubrey Powell (better known as design team Hipgnosis) who created the lion’s share of the band’s visual imagery, as it is of the band themselves.

Attendees are issued with smart-headphones that ‘sense’ what the wearer is observing at any given moment and provide a soundtrack, along side a virtual tour guide. This is a necessary innovation helping to keep things moving along as progress is quite slow due to high visitor numbers and would be unbearably slow if the story was being told only by reading the accompanying text to each exhibit.

Even for the most dedicated Pink Floyd fans, there is plenty here that they won’t have seen before. Much of the most interesting material comes from the personal collections of Mason, Waters and Gilmour, and the estates of the late Syd Barrett and Richard Wright.

Hand-written letters to ex-girlfriends detailing various key moments in the band’s early years, a memorably stern letter from the BBC demanding to know which member of the band had “freaked out” (presumably Syd Barrett) thus preventing them from appearing, some of Barrett’s original paintings, and several previously unseen photographs of Barrett taken at Abbey Road studios during his unexpected visit in 1975, which turned out to be the last time the rest of the band ever saw him. Barrett’s time in the band was only brief, but he is well-represented here.

The exhibition proceeds chronologically and gives a concise (if somewhat air-brushed) account of their story. Of course there is vintage equipment galore – Gilmour’s black strat and lap-steel; Wright’s customised Kurzweil and Farfisa organs; Mason’s hand-painted kit; the studio desk used to mix the Dark Side of the Moon – but this is sensitively displayed alongside photos or footage of the band using the equipment, which neatly side-steps a descent into dull, music tech nerdery. Of particular interest is the so-called ‘Azimuth Co-ordinator’ – a home-made prop operated by Wright which allowed the band to reproduce quadrophonic sound-effects in concert.

An entire room is dedicated to such exhibits, many of which were state-of-the-art when first used by the band. The fact that all of the exotic and experimental sounds this gear produced could now be recreated on a single laptop subtly underlines the point that, four or five decades later, these exhibits have indeed become museum pieces.

For many, the band’s stage props proved to be the biggest draw. The giant puppet teacher from The Wall is an impressive and dominating presence in the exhibition’s largest space. This and other characters based on satirical cartoonist Gerald Scarfe’s designs for ‘The Wall’ can be seen up close alongside Scarfe’s original preliminary sketches.

Elsewhere on display are the surreal inflatables from the Animal’s tour including, of course, the flying pig which hovers between the towers of a surprisingly large mock-up of Battersea power station. Here visitors can watch previously unseen footage from a 1975 appearance at Knebworth, and concert footage from the original performances of The Wall at Earls Court in 1980, which will surely fuel demand from the fans for an official release of this material.

Credit is due to the V & A research staff who have uncovered further relics to supplement these exhibits. Two notable finds are the cane with which Roger Waters was beaten at school and the original punishment logbook that records its use, opened at a page logging one occasion when the young Waters received six of the best. Researchers have also uncovered one of Waters’ school exercise books opened at a page showing an early cartoon sketch of his which uncannily pre-empts the bullying teacher from The Wall.

The split with Roger Waters is somewhat brushed over here however, as is the story of Syd Barrett’s declining mental health and early departure from the group. One suspects this is at the request of the surviving band members who, at this great distance  having now carefully buried Eugene’s axe, would presumably rather focus on yesterday’s triumphs. Certainly it’s surprising how little mention either of these key moments in the band’s history merit.

The post-Waters Pink Floyd is very well represented, which may partly be due to the relatively easy availability of items from the band’s more recent past. The giant twin head sculptures from the cover of 1994’s The Division Bell dominate the exhibition’s penultimate room and there was a steady succession of visitors keen to be photographed between them. Unlike previous exhibitions at the V & A, visitors are allowed to take their own photographs (apparently at the insistence of the band themselves) and there are numerous tempting photo ops throughout. Indeed some items appear to have been displayed with a view to enabling ease of selfies, such as the stained-glass window re-creating the cover of The Dark Side of the Moon.

The final room reproduces the band’s trademark laser light-shows overhead as 3 short films are projected all around. The exhibition closes with footage of the re-united four-piece Pink Floyd giving their swansong performance of Comfortably Numb at Live 8. Disappointingly the mirror ball used to great effect at this point in Pink Floyd concerts is not lowered down and illuminated, but it is on display earlier in the exhibition. Opened out, this particular prop resembles nothing as much as a satellite, and is of a similar scale.

Want to win tickets to over twenty gigs around Liverpool? Head over to Getintothis’ competition to make sure you don’t miss out

Overall this is an impressive collection. It’s a must-see for dedicated Pink Floyd fans, and there is plenty here to hold the interest of the less-committed and even non-fans. I visited it with my dad, from whom I inherited my love of Pink Floyd, and judging by the look of other visitors I’d guess we were by no means the only father and son pairing in attendance. Like a handful of other classic acts, Pink Floyd appear to have a genuinely broad appeal across the generations which probably goes some way to explaining their enduring success. The exhibition runs until late October but is selling out very quickly. If you intend to visit and haven’t yet obtained a ticket then you’ll need to be quick.

Share. Twitter Facebook Google+ Pinterest LinkedIn Tumblr Email
Previous ArticleAre we human, or are we dancer? – exploring our relationships with music through dance
Next Article Dysgeusia 31: Chuck on a pair of cargo shorts, hey?