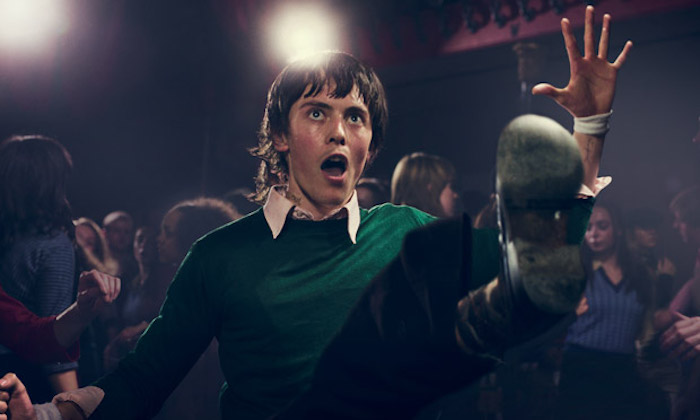 Following a debate with a musician who can’t dance, Getintothis’ Natasha Gilliam explores our differing relationships with music.

I am dancer. Like in that song by The Killers: are we human or are we dancer? I am dancer. This realisation crystallised for me after a conversation with my partner which concluded with us shaking hands and agreeing that we will never agree.

He plays the guitar and loves music. He understands music in a way that I never will. I have attempted to learn to play instruments in the past (I lived for years with my Dad’s drum kit in the living room – if you don’t learn in that environment, then you’re just not gonna) but it never felt natural and not even the simplest patterns would come easily to me. But I can dance to anything.

The contrast between us made me realise that my relationship with music is special and isn’t universal though thankfully it is very far from being unique. Many people will understand and empathise but trying to explain it to someone who isn’t dancer is like trying to explain the taste of strawberries. The connection between dancer and music is intangible – it is an emotion. While sadness makes you cry and happiness makes you laugh, dance makes your feet tap, head nod and your fingers click. In extreme circumstances it can infect every limb; at any given moment, wherever you happen to be, a beat can just capture you and carry through your feet, legs, hips and arms like an electrical current. I can tell you for a fact that supermarkets have fantastic dance floors.

I learnt to jive around five years ago. I had grown up hating sport and feeling horrendously clumsy and uncoordinated and so I started dance classes half expecting to be awful and unable to synchronise all my limbs and the bits in the middle. Now it wasn’t like one of those movie montages where the dorky kid walks into a dance class and it turns out they’re Billy bloody Elliot but I wasn’t all that bad.

I picked it up relatively easily and my style has developed over time (having gone through phases of being awkward and wooden and then flaily and over-confident). Even more recently I was introduced to the Northern Soul scene by a jive friend. Northern Soul is not a musical genre as such but is instead a gloriously nebulous socio-cultural movement born in the late 1960s when it was proper grim up North. While there are people who conduct classes on how to dance ‘Northern’ many will say that it isn’t a style that can be taught.

The point I want to make through this digression is that on my dance journey it has been Northern Soul that has really taught me about how music feels and that this feeling is completely personal and subjective and should never be judged. While jive is danced as a pair Northern Soul is danced independently and so you can be seated at the side of the dancefloor and then a song will come on with a certain beat or melody and you will feel like there’s a spotlight on that dancefloor that is just for you and you’re being pulled into it by a tremulous silver thread.

The music will make it’s home in your bones for three wonderful minutes of breathless, eyes closed, smiling glory. Different music will make different people feel this way – whether it’s Sia, Slayer, Skrillex, Snoop or The Smiths – it doesn’t matter because it is knowing that the music makes someone forget their job, the bills, their back ache and the persistent underlying fear of an inexorable death that is important. It is this that unites us as an international community of dancers and it is beautiful.

By way of an epilogue: I wonder if this is why there is a certain magic, a certain allure in watching a man dance. I’m going to be horrendously reductive here but (in the sad patriarchy we live in which seems to oppress everybody in different ways) men demonstrating emotion is considered… odd? Distasteful? It’s still not OK for a man to cry or get giddy with joy and so watching a man dance and express an emotional connection with music has a power to it; and which is perhaps why so many men find dancing so terribly uncomfortable? I’m just going to leave that thought there for now…