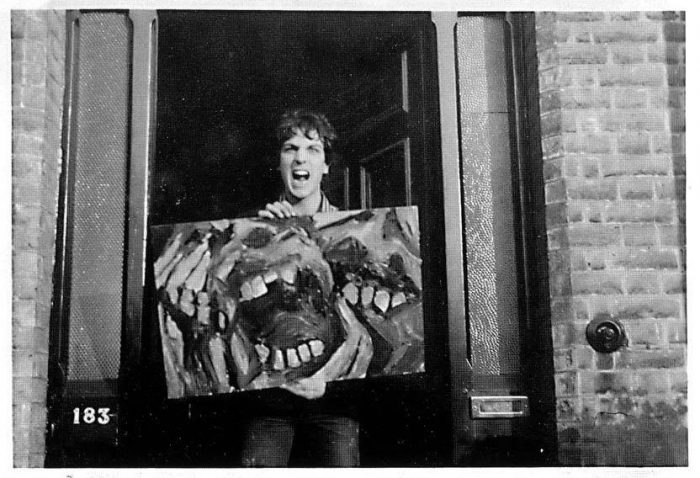 It may be four decades since Syd Barrett recorded or performed any music, but Getintothis’ Cath Bore investigates why his influence endures.

On October 27 Cambridge celebrates the life and work of founder member of Pink Floyd, Syd Barrett, unveiling a lasting public memorial to him and staging a concert to mark a decade since Syd’s death and the 70th anniversary of his birth.

The concert, entitled Syd Barrett – A Celebration, will feature Swedish band Men on the Border who eschew note-for-note cover versions and reinterpret the music of Syd Barrett and Pink Floyd instead. On the night they will be backed  by the Sandviken Symphony Orchestra ,

The evening will feature symphonic interpretations of Barrett classics from his two solo albums The Madcap Laughs  and Barrett, with the repertoire flanked by an interpretation of Pink Floyd’s High Hopes (1994). The concert will also include lighting from Peter Wynne Willson who worked with Pink Floyd between 1966 and 1968.

The continuing and lasting influence of Syd Barrett’s music echoes down the years and clearly remains extremely relevant to new and contemporary musicians in 2016.

Fellow GIT Award nominee Emily Lansley from psychedelic pop band Stealing Sheep tells us, ‘I like his (Syd’s) attitude.  I like his imagery. And his music’s really wild, and exciting.’

Her band mate Becky Hawley agrees. ‘I like everything that he’s about. He never conformed to what he was expected to, or what we’re all expected to conform to. He always thought about things from outside the box.’

However, Barrett’s brief time with music, a matter of a few short years, both with Pink Floyd and later as a solo artist, may be considered an anomaly in many ways. Painting and drawing was a lasting and permanent passion for him.

He attended Cambridge Art College as a young man before studying at the Camberwell School of Art in London. After his last solo performances in 1972, Syd returned to his first love, spending the remaining thirty years his life creating artwork at home in Cambridge.

The memorial artwork will be permanently displayed at Cambridge Corn Exchange. In 2015, Barrett’s family released previously unseen photographs online from both his youth and after his withdrawal from the music business. You can see those images here plus samples of his own artwork here.