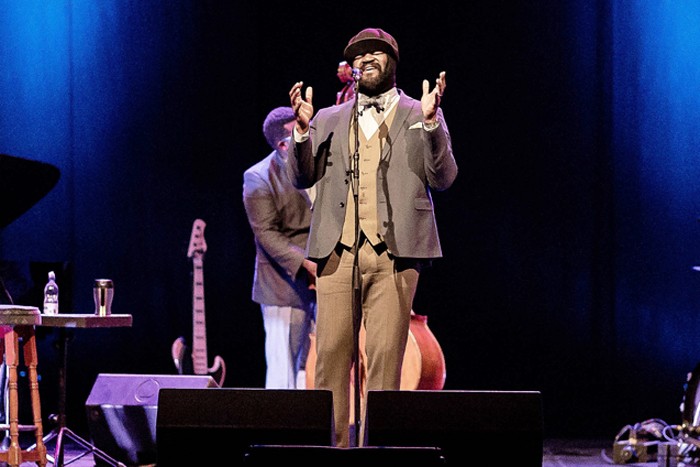 As the weirdly hatted one prepares his new record, Getintothis’ Shaun Ponsonby checks him out at the Phil.

You could argue there is a little bit of a new wave of jazz happening at the moment, with huge successes such as Gregory Porter, Esperanza Spalding etc making waves. Porter in particular has shot up the charts, reaching #9 in the UK with 2013’s Liquid Spirit.

Immediately, Porter oozes class and effortless charm, and this only grows throughout the night. It is this charm that makes everything that comes out of his mouth almost perfect, even when he scats which, truth be told, is very rarely even palatable from most. It felt like he was in conversation with the audience despite the fact that he didn’t actually say much all night.

An early highlight in the set was the title track off upcoming album Take Me To The Alley, which more than whet the appetite for the record. It is during this track where we see how brilliantly Porter has trained his voice.

He knows how to use his voice perfectly within the music he plays. He is relaxed, yet totally sincere and holds your attention with apparent ease. During an interpolation into The Temptations’ Papa Was a Rolling Stone, Porter even managed to make a quintessential “group” song sound tailor made for his singular voice.  At 44, he also has enough life experience to do songs such as these real justice. You can’t sing the blues when you’re only 23. You gotta live it first.

His band complemented him perfectly to that exact. It was only a 6-piece band (with no guitar player), but there could have been a fucking orchestra up there. Aside from being crystal clear and on point all night, each individual member received an ovation for a solo at some point, such as the piano medley that incorporated jazzy interpretations of soul classics such as Never Can Say Goodbye (Jackson 5) and Wake Up Everybody (Harold Melvin & The Blue Notes).

The completely sold out crowd were captivated throughout, making us feel a little bad for taking notes! At times – such as during I Do Not Agree – the assembled seemed too engrossed in what was happening on stage to sing along when instructed. The only exception to this was when some moron in front of us allowed her phone to ring continuously during a quieter moment in the set. We trust they were punished accordingly.

At the end of the night, Porter took his bows and allowed the band to jam. One by one, each member of the band left the stage, ending with a nifty drum solo.

We’re not sure there was anywhere on the Philharmonic stage that didn’t just radiate sheer class. 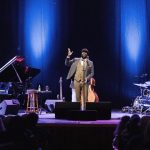 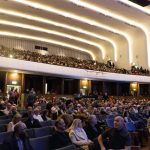 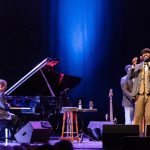 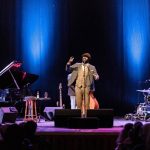 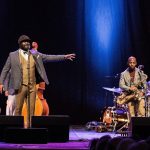 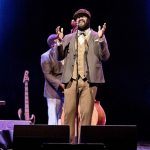 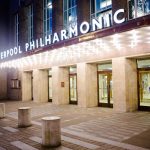