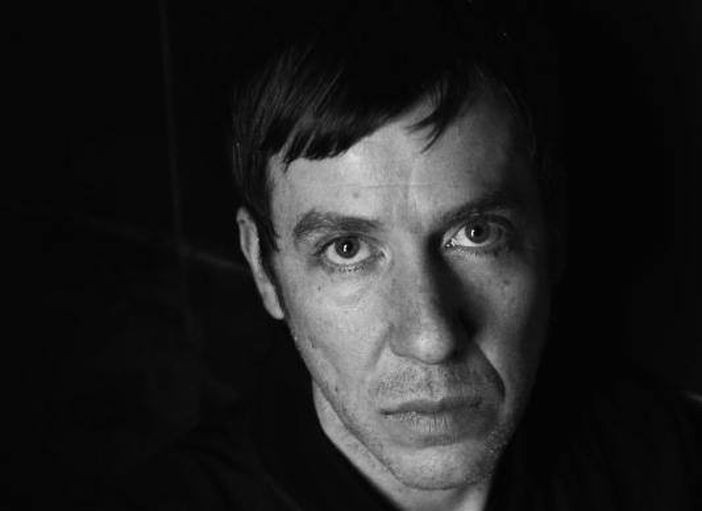 With a packed May bank holiday for dance events, Getintothis’ Ste Knight wonders whether or not the chances of survival are slim

As far as the dance music calendar is concerned, in terms of events, May is always a mad one. What with the double header of bank holidays, there’s plenty of partying to be had around the north-west. We’ve got techno royalty coming to the Williamson Tunnels in the form of Kevin Saunderson, Daniel Avery stops by the following week for a 7-hour marathon, and Circus are bringing carnival techno to the Baltic Triangle as Elrow parades into town.

April saw some belter nights out to enjoy. 303 detonated an atomic bomb for their Easter weekend party, as Dave Clarke, Speedy J, Phil Kieran and Mr.C swung by to demolish Constellations, whilst over at 24 Kitchen Street we uncovered the Myth of the Golden Ratio, with Paddy Steer‘s wonkytronics, Spaceheads‘ techno-trumpetry, and United Vibrations jazz-roots consciousness with which we all became one.

We’ve got loads of news about recommended events, as well as a raft of new tracks, albums, and a HUUUGE competition (see the bottom of the page) to be in with a chance of winning tickets for Beat-herder festival. Oosh!

Anyway…to the albums. We covered Death in Vegas‘ most recent single, You Disco, I Freak,  here at Footsteps last month. The track was released ahead of DIV‘s album, Transmission, which is due to drop on May 27. The album has been described by DIV as “discordant, repetitious, far-out, hi-NRG techno” – sounds fucking perfect! 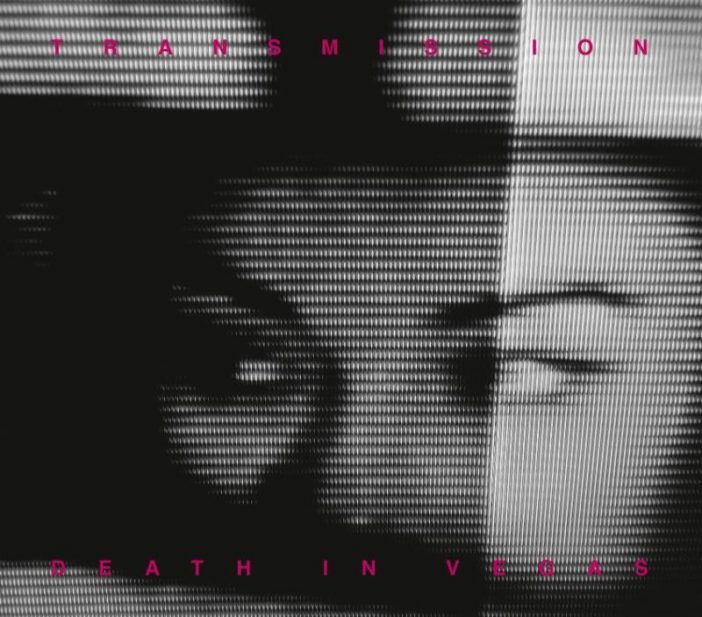 We’ve had a listen to Transmission, ahead of the album release, and we can tell you that it performs in exactly the manner Death in Vegas describes it above. The album is somewhat of a journey, taking us down neon-lit alleyways, past sparking electronic junction boxes, and into all manner of sweaty, dingy dives and dancefloors.

With former adult movie star, Sasha Grey, on vocals, the album definitely has an electro feel to it, at times sounding reminiscent of Kitbuilders or Chicks on Speed. That isn’t to say the album hasn’t a personality of its own – it does, and it stamps it down straight away as it leads us off on a dystopian adventure.

Standout songs include the title track, Transmission, which provides a booming 4×4 beat over a cavernous bassline and is uber dancefloor friendly, and the wonderfully bleepy Sequential Analog Memory, which sounds just as the title would suggest. Check it when it drops.

Sheffield electronic label, Central Processing Unit, bring us the latest offering from Microlith on May 30. Dance with Me is limited to 300 copies, so you’ll have to be quick off the blocks if you want to secure yourself a copy of the release from the up-and-coming producer.

The album is full on electro, plenty of lovely, squelchy acid basslines, this definitely some serious braindance right here and don’t you forget it. There’re elements of Detroit in here – one can certainly see how Celeste has been influenced by the likes of afro-futurist duo Drexciya – as well as good old Aphex, LFO, Dopplereffekt, and Elecktroids.

Harry Axt (who you may also know as Daniel Steinberg) lays down his EP (OK, it isn’t an album, but so what, it’s brilliant) Flansch, on Arms and Legs on April 29. The title track is a thunderous techno workout, which really showcases Daniel‘s darker side to its full extent. There’s a 2016 rework of his classic track Starlights which beefs the original up a touch, whilst Übers Wasser has a nice DIY feel to it. Kontrahand is definitely on a tribal tip, one for getting asses shaking on the dancefloor for sure.

Keep an eye out for the fourth installment of our exclusive GITmix series, provided by Daniel. We’ll be letting this one loose around mid-May. It’s a corker.

May Nights Out in Liverpool 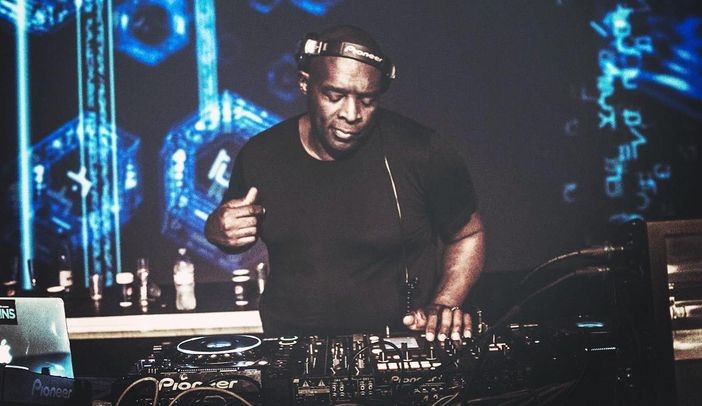 Motion work wonders again, after their recent popular parties they’ve pulled out all the stops, this time bringing one-third of the Belleville Three, Kevin Saunderson, to their new home at the Williamson Tunnels. One of the true pioneers of Detroit techno, alongside Juan Atkins and Jeff Mills, this is certainly not an event to be missed. 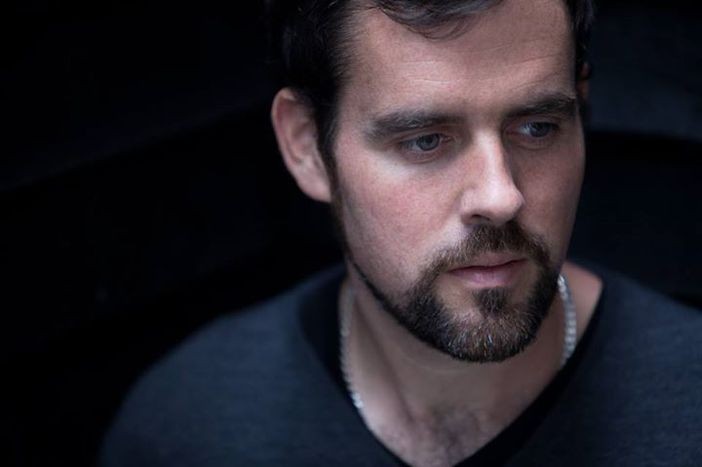 Deetron sidles into New Bird Street Warehouse, bringing a whole troop of techy troubadours in tow as mUmU celebrates 10 years of Aus Music. Expect techno with a melodic twist at this event, as the Swiss producer takes to the decks for this monster 12-hour event. Good job it’s a bank holiday, technoheads! 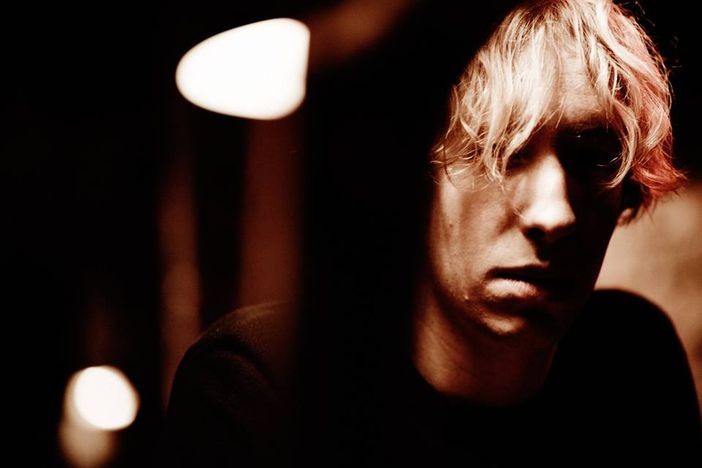 Generously giving you a full week in which to recover, 303 bring techno whizz kid Daniel Avery to the Williamson Tunnels on May 7, for a whopping 7-hour set to celebrate their third birthday. Expect the full gamut of techno here as Avery takes the tunnels on a journey through time and space. 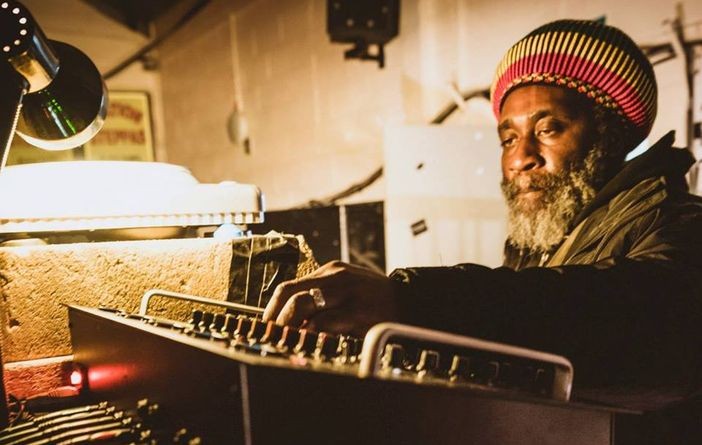 BamBamBam and Africa Oye follow up their successful show with Genteleman’s Dub Club by bringing dub colossus Channel One Soundsystem to 24 Kitchen Street on May 14. Expect some truly thundering dub vibes to skank out to as COSs bring their reggae sound to Liverpool for the first time. Get ready to break out the bogle and dutty wine.

Circus have arranged for the colourful carnival that is Elrow to stage a full on take-over of the Baltic Triangle‘s Camp and Furnace on May 28. Expect to the full Elrow production at this one, with more glitter cannons than you can shake a stick at.

Plenty of great new music to jam in your lugholes this month on the singles front.

30 May sees Traumer drop his latest offering, Gettraum 002. The single features four chunky tracks which nicely represent the funkier side of tech house. Traumer has been touching absolute gold with his releases for a good while now, 2015’s Hoodlum being one that springs to mind. Gettraum 002 is no exception, with a volley of tracks that would be welcome on any dancefloor.

Getintothis favourite, House of Black Lanterns, releases his latest track, Drown via EPM. HoBL continues his deep-techno vibe with this pulsating brooder, having recently contributed to Houndstooth‘s Tesselations compilation. Tasty flavours of Motor City running throughout the track – deffo a peak timer this one, check it out in the playlist, below. 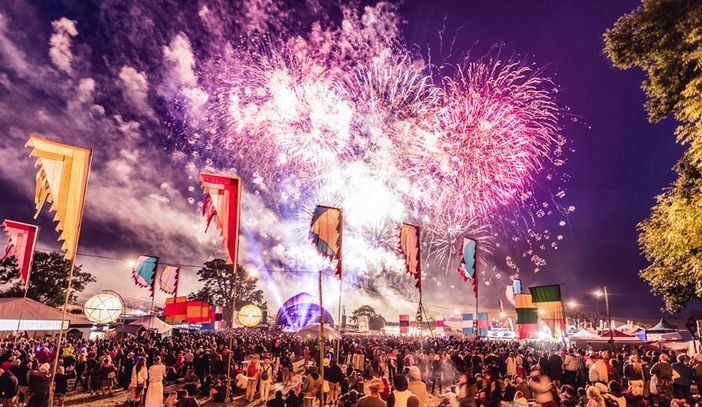 We here at Getintothis have teamed up with the lovely team at Beat-herder Festival to offer our lucky readers a chance to win a pair of tickets to the three-day event, taking place July 15-17. They’ve got some boss names on the line-up, including Primal Scream, Miike Snow, Derrick Carter, Format:B and Greg Wilson to name but a few.

Share. Twitter Facebook Google+ Pinterest LinkedIn Tumblr Email
Previous ArticleSyd Barrett- a celebration of the life and music of a still influential figure
Next Article Melt Yourself Down to play 24 Kitchen Street in May