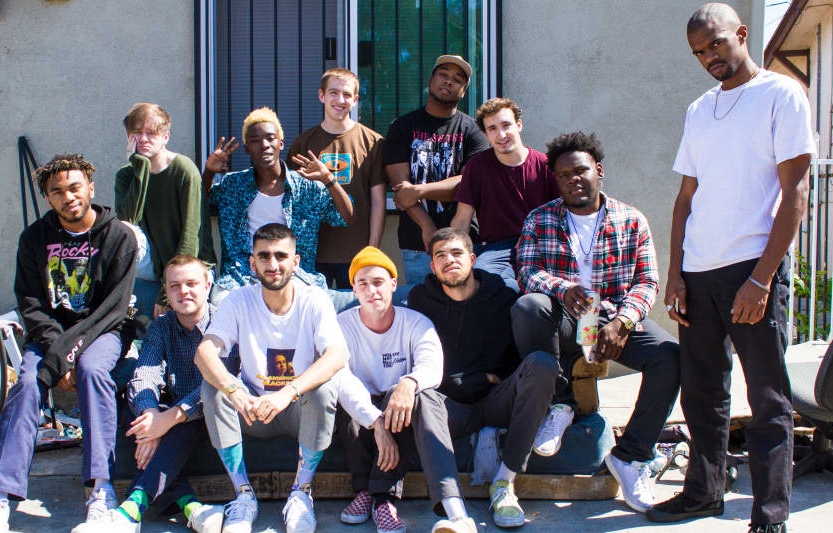 After a summer galavanting, Getintothis’ Lorna Dougherty is back with 3 snazzy new finds.

From travelling for 4 weeks and spending most of my summer with people outside of Liverpool and The UK, I realised how uncultured we can be with music, I was guilty of this myself. We find our favourite genre and are scared to listen, let alone enjoy anything different.

I have brought 3 artists, some big, some small, who for whatever reason have slipped under our radar and deserve a spot on the column and Getintothis.

First is BROCKHAMPTON, although not ‘unknown’ they are only just breaking the music scene.

BROCKHAMPTON are an LA based Hip-Hop group, they are a group of twelve, seven of whom are on vocals duty, plus other involvement. The others are production, visuals and everything else in between, including Kevin Abstract as the lead hook. Each person in the group has an important role which makes them so unique and diverse. Picking a song from their new album is more than difficult, watch their music videos (which they make themselves) and choose yourself.

Next is Jgrrey who’s first EP came out earlier this year. A passionate and inspiring young woman from London.

Her first release is a mixture of jazz soul blues and modern hip hop. Luv ryt is a personal favourite from her latest EP. Vibes come from Amy Winehouse but also as well as Lily Allen but her voice classical blues and souls singers.

Finally I chose FKJ, standing for French Kiwi Juice, as the name suggest they are from France but the music has roots spread in many other places. Again picking just one song deemed impossible, but I narrowed it down to a colab with the mighty Tom Misch, Losing My Way.

To be impressed by him the most watch this video and others by him showing how they recorded the videos and he is so much more than a talented musician.