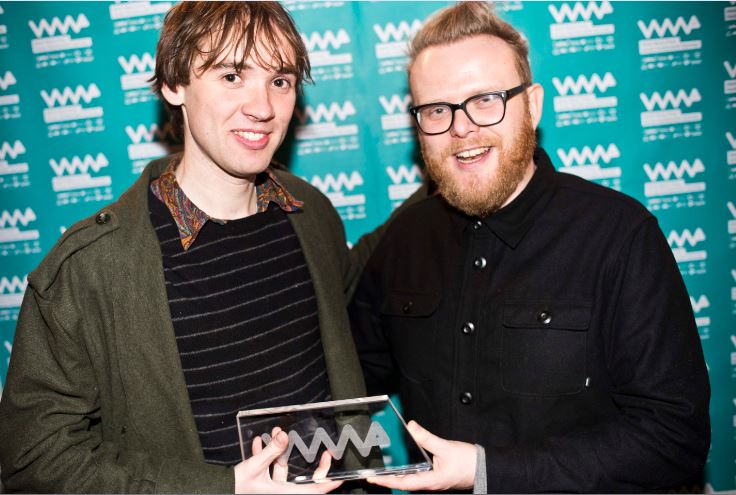 As the Welsh Music Prize 2017 shortlist is announced, Getintothis’ Cath Bore looks at the runners and riders.

This is the seventh year of the Welsh Music Prize,  founded by music promoter John Rostron and radio presenter Huw Stephens back in 2011. Previously won by Gruff Rhys, Future of the Left, Georgia Ruth, Joanna Gruesome, Gwenno and last year, Meilyr Jones, this year’s shortlist is an eclectic range of quality releases.

Huw Stephens said: ‘It’s been a strong year for albums in Wales. This shortlist reflects that and we can’t wait to find out which album the judges choose. The Welsh Music Prize has really grown in stature over the years and now we see international press and the music industry recognizing the title as an important and respected accolade.’

Details of the nominated albums were released at a glacial pace yesterday, over a period of twelve – count ’em – hours. They are, in alphabetical order:

Baby Queens soak up 90s R & B and weave in rock and trip hop.  Oft compared to the likes of TLC, the harmonies are bloody fabulous.

A Welsh supergroup of sorts, this collaboration between Colorama and alt-folk sibling trio Plu also has Patrick Rimes and fellow Welsh Music Prize 2017 nominee Georgia Ruth Williams  playing on it. Bendith, Welsh for blessing, won Welsh Language Album of the Year 2017 in August.

Life in Analogue is the debut release from this electronic duo, producer Llion Robertson and composer Seb Goldfinch. An intriguing mix of beats, synths and chilled out ambience.

Georgia Ruth won the Welsh Music Prize back in 2013 for Week of Pines. Fossil Scale however was largely ignored by critics upon its release last year, but is a beautiful record. In it she shifts slightly away from her folk base and shows her singer-songwriter side, replacing her trademark harp with piano, keyboard and percussion.

Fossil Scale includes backing vocals from last year’s winner Meilyr Jones, who is also in the video for the title song.

Evans is also a graphic designer, and designs the artwork for his own releases and for Cate Le Bon‘s 2009 album Me Oh My.

Pulsing and brooding, HMS Morris’ cinematic electro pop is for those who enjoy Bjork levels of eccentricity. The album took three years to make, and comes with a short story by Mari Elin Jones.

The singer and producer fully embraces her pop self on her debut album, skippy ambient techno with dreamy tunes and wistful vocals.

She is also covers Tegan and Sara’s Soil, Soil on The Con X Covers project album to be released next month. The Tegan and Sara album also carries contributions from Ryan Adams and CHVRCHES.

Adfeilion (Ruins) is gorgeous. Singing in both Welsh and English, folk singer and musician Gareth Bonello covers current and universal themes, history, identity and social commentary. The stunning song Bound For Lampendusa was written in frustration to the NIMBY response from government and EU over the refugee crisis, refugee death rates increasing since the Central Mediterranean became the main route of escape from Syria and other war torn countries. In the song Bonello imagines himself as a refugee drifting, lost in the Mediterranean sea.

Rhys wrote this film score for a biopic of Dylan Thomas, portraying the poet’s first week in America back in 1950. The film starring Elijah Wood was panned but this soundtrack praised for its soft jazz-style elegance. On the recording Rhys goes fully method, only using instrumentation available during the film’s time setting.

Rather wonderfully, he told BBC 6 Music yesterday that this album is ‘some of the weirdest music I’ve ever made’

On this album guitarist Hay is inspired by folk music, nature and wildlife, bird song and the landscape all around him.

Award winning author Robert Macfarlane says of The Gathering, ‘I first listened to The Gathering late in the day, late in the year – the year of Trump, of Brexit, of tides of darkness rising fast on all sides. And for a bright hour, Toby Hay’s music cast strong light, fought the shadows back a little.’

Picked by Getintothis’ Paul Higham as one to watch at Focus Wales earlier this year, the band must surely win some sort of prize for best band name? The doom outfit on this album have expanded their sound by vocal harmonies and analogue synths.

They describe themselves as ‘3 ape descendants and an astral seraphim combining their powers to generate colossal interstellar arias of plutonium weight.’

Stephen Black aka Sweet Baboo wrote this electronic pop album as a message of hope to his young son, yet it delivers true optimism. An antidote to the harshness of modern times, it makes its case well, deftly dodging any saccharine sweetness with Casio keyboards and cheap drum machines giving it an off-kilter charm.

The winner of the Welsh Music Prize 2017 is announced at a ceremony at Milk And Sugar in the Old Library, Cardiff, on October 20.