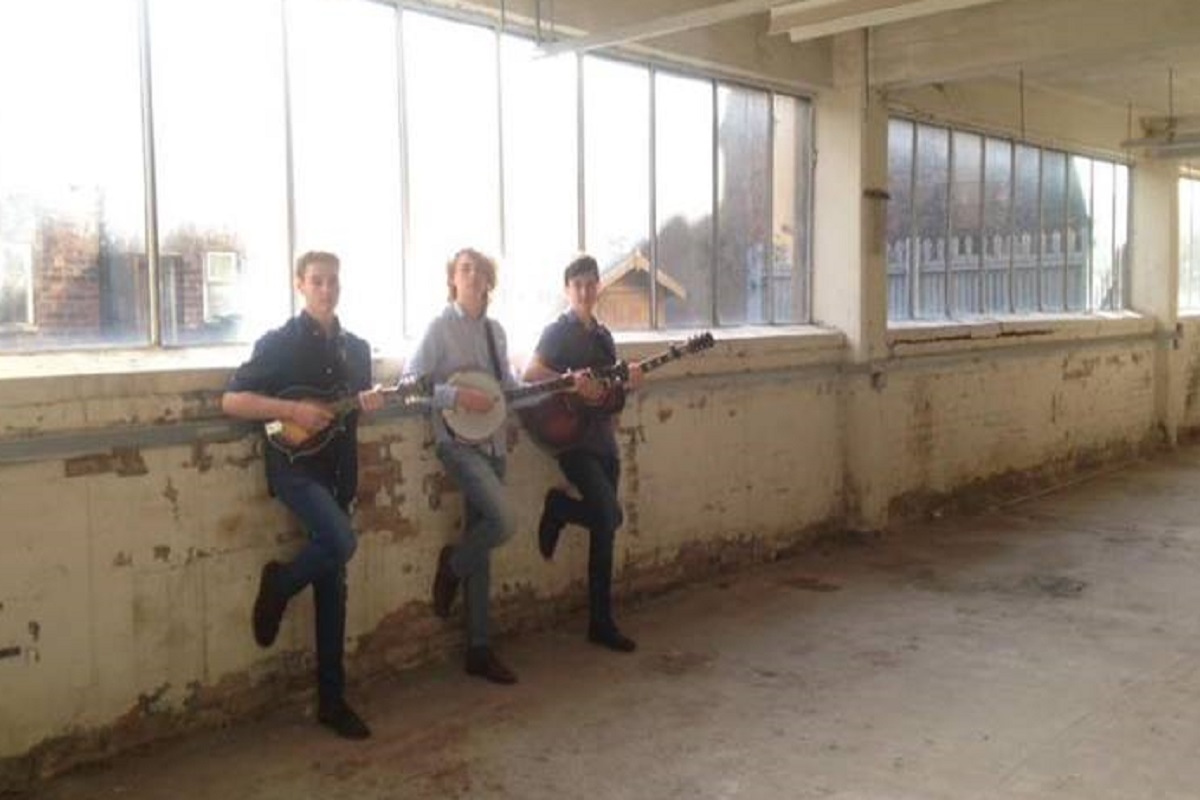 First up are Hollows who released their new single and video for Atone last week, taken from their EP Temporary.

Frontman Sean Davies and bassist Josh Owen are from North Wales, lead guitarist Andy Hill is from Merseyside with Brummie Conor Williams on drums. They are young and yet experienced musicians who came together from other projects to form Hollows at the end of 2016. 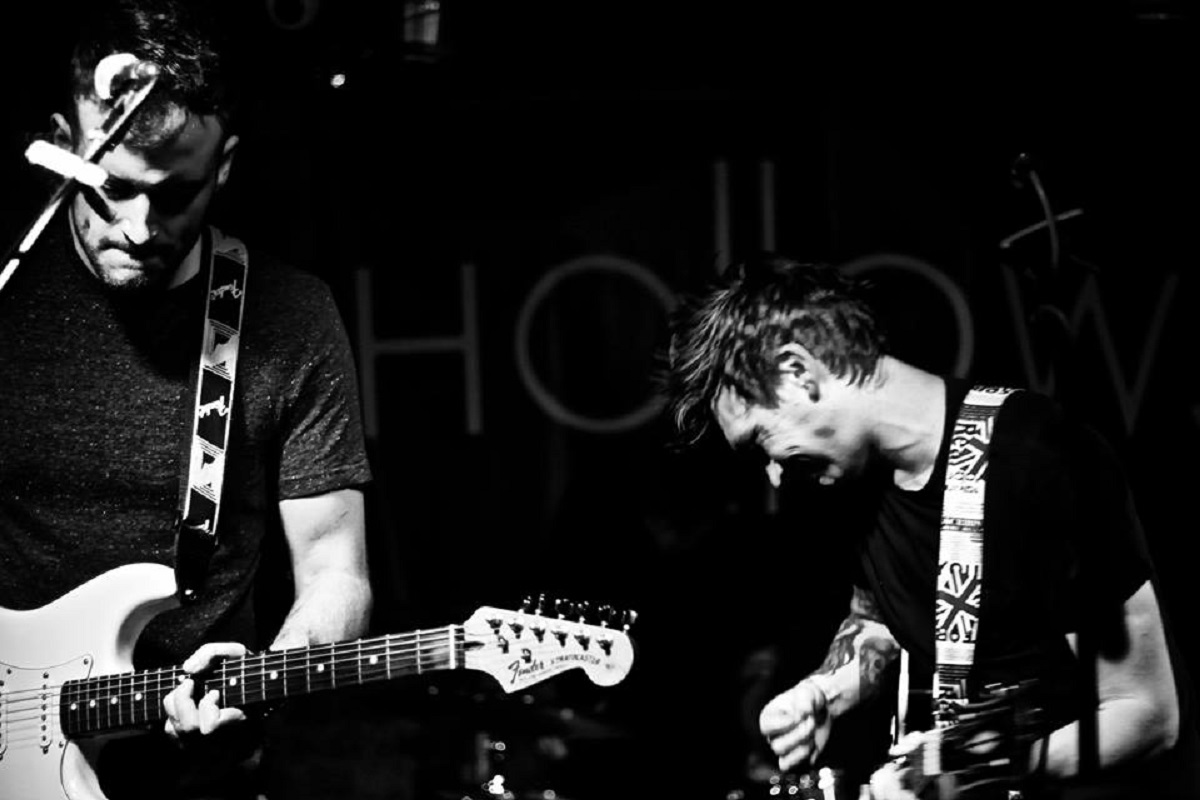 Two of them are former members of Indigo Sky and therefore may not need introducing to those who have been around for a while as they appeared regularly around the North West and on the wider circuit.

Hollows have a big sound with catchy guitar hooks and strong vocals from Davies, whose tone is uncannily Placebo-like. They’ve a capacity for writing intelligent and often profound lyrics.

Their earlier song Barcodes, about the difficult topic of self-harm, features the intensely thought-provoking line, ‘barcodes on your wrist won’t scan and tell us what’s up when you’re down’. The maturity and quality of their songwriting along with the skill they bring to their crowd-pleasing live performances gives them a broad appeal while also having the depth to grab the attention of those with a more discerning interest in the quality of their playlists. Something for everyone.

Released on September 29, Atone is the band’s first single through End of The Trail Records. The accompanying video was shot on location in Manchester by photographer and filmmaker Tolli Myers, another young man with a bright future ahead of him. 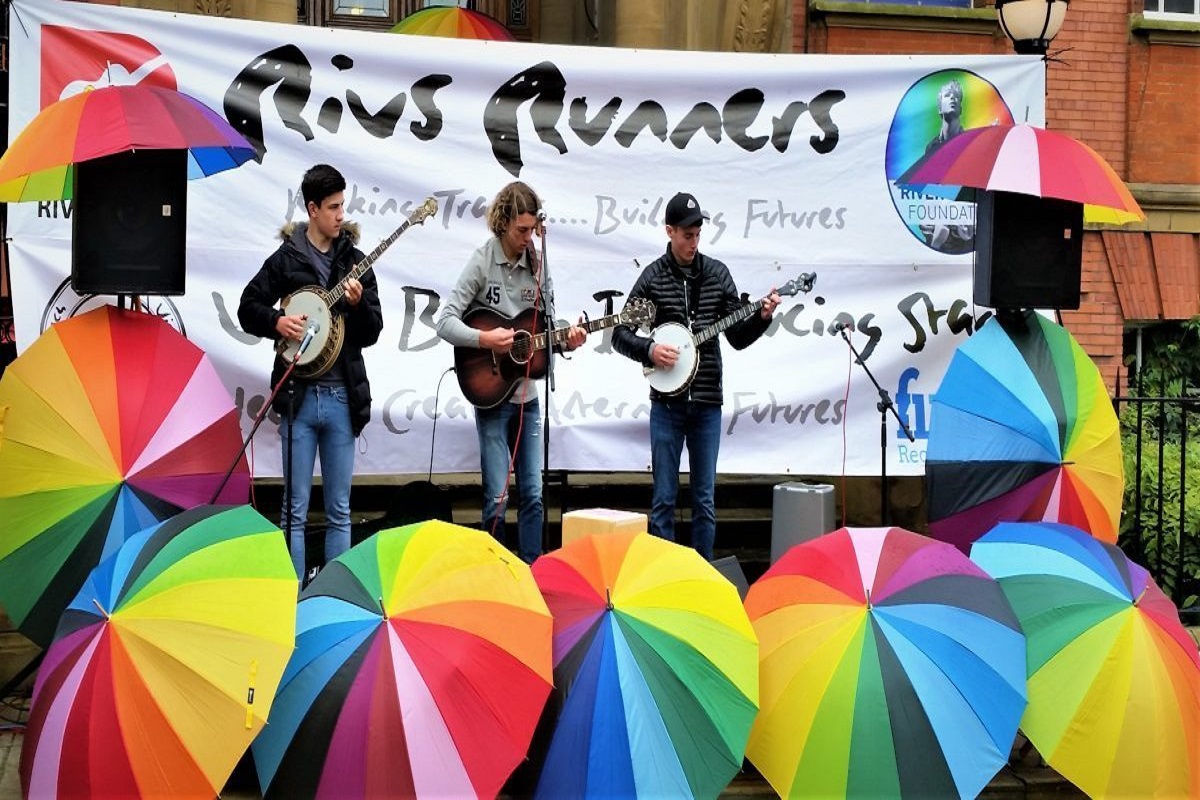 True to our word at Getintothis, after missing Off The Grid‘s set at Warrington’s Rivfest and then hearing repeatedly about how good they had been, as promised in the review, we made a point of getting back out to see them.

They played again for the Rivfest Charity on the two small stages they had at the English Half Marathon and we weren’t disappointed.

Off The Grid are Callum Keating, Joseph Turton and Isaac Radcliffe from Helsby near Frodsham. Their style is unusual with an indie-folk sound that has strong echoes of Mumford & Sons, with music that is both simplistic and yet simultaneously widely panoramic.

Off The Grid‘s uncommon choice of instruments which include a combination of guitar, banjo and mandolin as standard, immediately sets them apart. The name itself was inspired by their conscious intention to produce work which differed from the norm, an approach which they have attained in a completely natural way with no sense of it being contrived.

At the Rivfest full day festival, headliner Billy Bragg made a point of being in the back of the Introducing tent to watch the band’s set and later presented them with a hand-made banjo. The most remarkable single fact about Off The Grid is that the members are, staggeringly – only FIFTEEN years old – it’s going to be incredibly exciting to watch their journey and potential unfold. 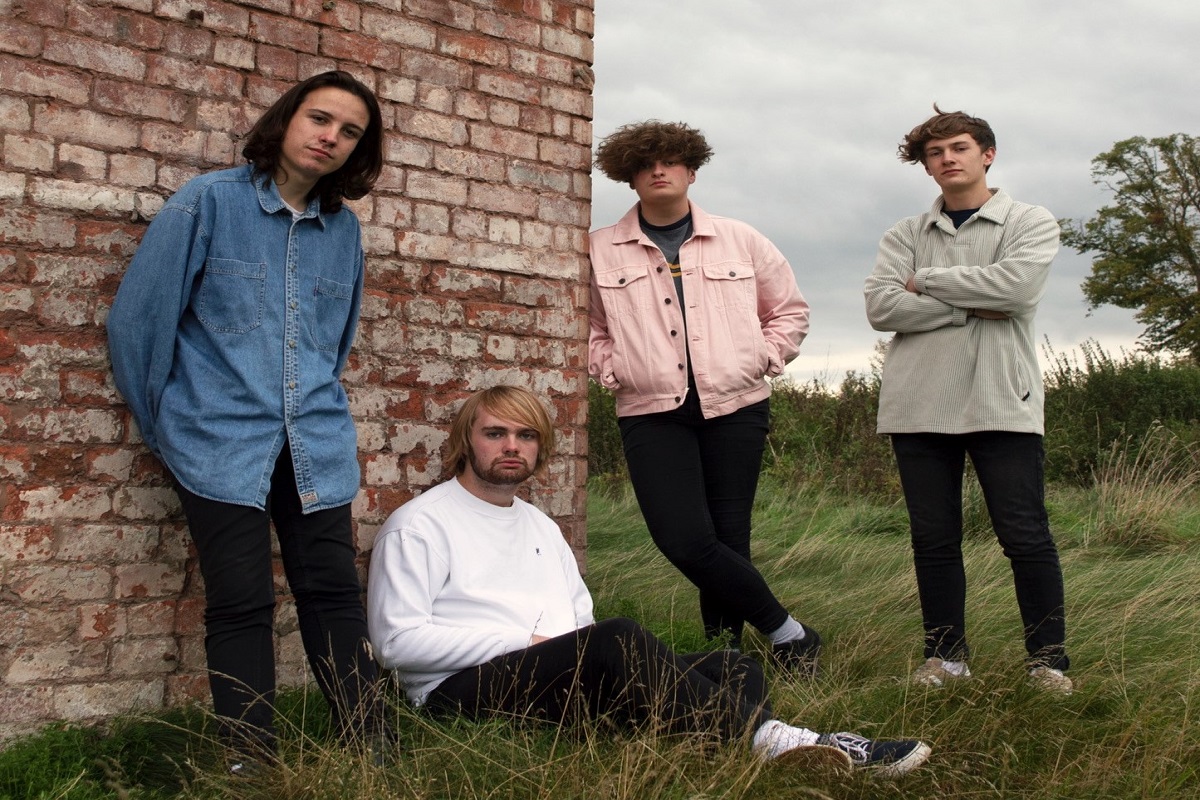 Another young band who only got together earlier this year are The Zangwills.

The four piece are Jake Vickers, Ed Dowling, Sam Davies and Adam Spence. Two are from Chester, one from Northwich and one is Welsh but now living in Thelwall and they met at the sixth form college in Northwich where three of them remain students.

There is some debate about whose fans they might appeal to – early Arctic Monkeys? – however, the need for deliberation is not always a bad thing as it tends to suggest a unique quality and that is exactly what these lads offer, a distinctive guitar-led sound which is unmistakably The Zangwills. Jake‘s raw vocals are like nothing else out there, an immensely valuable quality when so many bands disappear into a slurry of sameness.

At their live performances, the youthful energy they generate and their own passion for what they’re doing sweeps everyone along with it. They’re gathering an enthusiastic army of fans who can already sing the lyrics back to them in spite of the songs not having been officially released. For a band who are only a few months into their story, they have generated a lot of interest from media, industry experts and most importantly – audiences.

Later this month, they are venturing into their first top-end professional studio to record at The Edge (finalists for Studio Of The Year – Pro Sound Awards 2017). With the prospect of new releases and a rapidly expanding diary of gigs where they are already being booked as headliners, The Zangwills are showing all the early indications that bigger things await them.