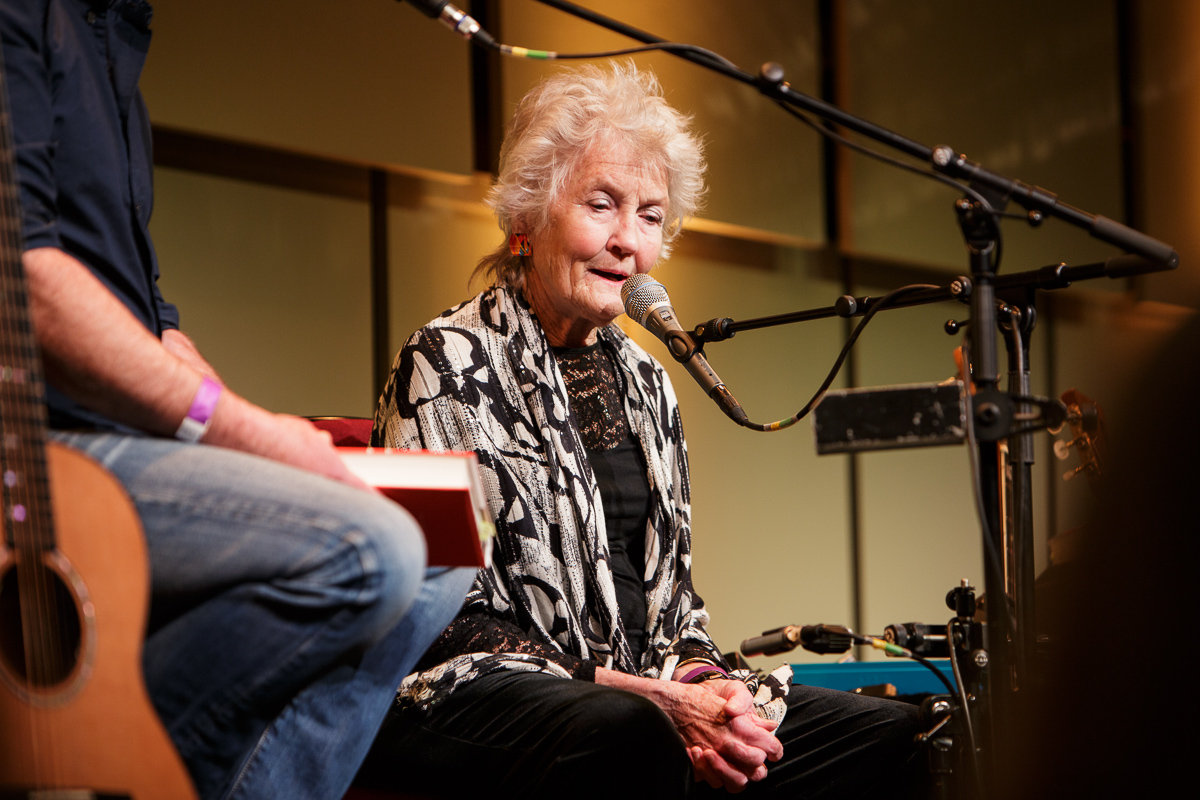 As Peggy Seeger brought tales from her memoir and songs from her new CD to the Phil Music Room, Getintothis’ Keith Ainsworth was there to take it all in.

At 82 you’d be forgiven that Peggy Seeger would be entitled to sit back and reflect on her life and career but here she is on a cold night in Liverpool on stage at the Liverpool Philharmonic Music Room.

She is introduced by her son Calum MacColl with a reading from her recently published memoir ‘First Time Ever‘.

Calum accompanies her throughout the night as Peggy takes us through her 60 year career. An aside tells us Dylan once asked for her autograph when he was merely ‘Bobby‘.

She shows an easy rapport with the crowd that can only come from playing live so often.

When she asks us to join in on the chorus of one song Calum jokes that it’s more of a command than a suggestion.

What a career it has been. Starting her musical journey in her native America she settled in the UK in 1956 escaping the era of McCarthyism back home.

Here she met and later married British folk musician Ewan MacColl. They collaborated for the rest of their lives.

Tonight we get to hear Ballad of Accounting which is stirring material in these political times. Peggy brings the last line up to date, changing fellow men to fellow people.

Atlantic Sessions 2017, Northern Ireland: what we learned and photo gallery

They both switch between instruments seemly with each song. Acoustic guitar, banjo, ukulele, autoharp, concertina and piano are all played beautifully.

A gorgeous rendition of Careless Love particularly stood out. Seeger’s voice is stunning, exposed as it is among simple acoustic instruments and often completely acapella.

She lives every word of a song, not merely going through the motions.

After singing a song written for her mother, Everything Changes, she is visibly moved and says, ‘some nights it’s harder to sing that than others.’

Calum’s guitar playing must also be singled out for praise. Masterful technique, particularly the slide guitar in the second half of the set.

Folk music comes with a reputation. Peggy tells the tale of an agent who didn’t like her music saying by the end of each song ‘everyone was dead‘.

But tonight she blends heavy subject matter with plenty to uplift the spirits.

After an hour and fifty minutes on stage the warmth of Seeger’s personality and music has transformed this cold night. 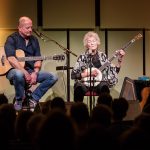 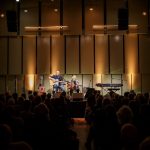 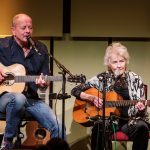 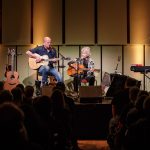 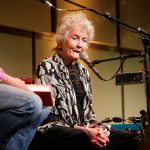 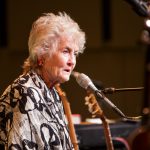 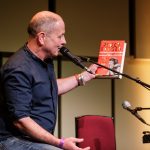 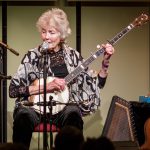