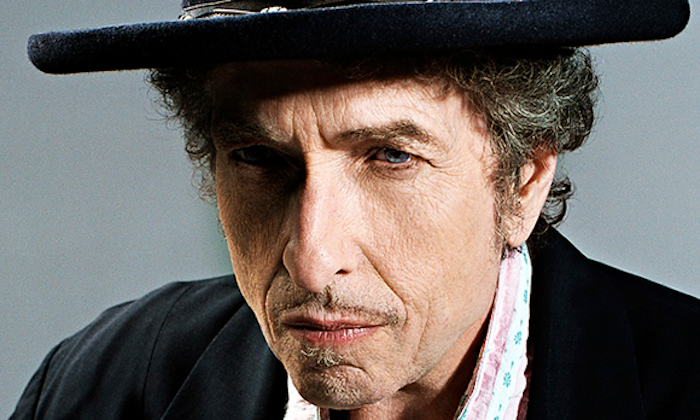 As the musical icon and Nobel Prize winner Bob Dylan returned to Liverpool, Getintothis’ Adam Lowerson was left in awe.

Things Have Changed was certainly an apt opener for Bob Dylan and His Band at the Echo Arena, as things certainly have over the years. His fan favourite tunes have been rearranged and reinterpreted completely, he’s won an actual Nobel Prize, and vocally he has more in common with Patty and Selma Bouvier than he does with his younger self. But one thing becomes very apparent, very quickly while watching Dylan tonight. Genius never fades.

Reviews of the great man’s shows over recent years have been mixed to say the least. That his songs have been altered so much that they can no longer be enjoyed, he hardly plays any hits, and his voice isn’t up to scratch are amongst the criticisms, while for his hardcore fanbase all he has to do is show up and they’re made up. The reality is somewhere in the middle, and to be honest if you’re after a greatest hits set you’re probably better off going to see Dylan Reloaded at the Brindley in Runcorn. Yes, it’s different, but this is one of the greatest songwriters of all time, still adapting and changing at the age of 75.

Dylan‘s vocals have undoubtedly aged. It’s raw, croaky and almost like a growl at times, but tonight there are real moments of clarity where that unmistakable tone of voice breaks through, sounding re-energised and warmly familiar, particularly on Don’t Think Twice, It’s Alright and a brilliant arrangement of Highway 61 Revisited.

.@bobdylan doin it in his own inimitable way in Liverpool – Highway 61 & a ridiculously mighty reinterpretation of Desolation Row my faves. pic.twitter.com/TjsNRD2HB0

It’s the faster, bluesy-er tracks where his snarled vocals are packed with energy and swagger, but we see another side to Dylan tonight too. On the jazz croon of Why Try To Change Me Now from Shadows in the Night, Dylan is much more tender and delicate – almost vulnerable sounding – and shows his age. Yet not in a tired, worn out way. It’s a voice that’s told a thousand stories, sang a million songs, and it’s really quite comforting.

Tangled Up in Blue and a haunting version of Desolation Row are standouts on the night and two of the more familiar tunes in a set which is packed with tracks from Dylan‘s last original record Tempest, and while his piano playing, in particular the solos, are quite clumsy and clash with the rest of his band at times – who cares, really? It’s Bob Dylan.

Bringing a near two hour set to a close, an encore of Blowin’ in the Wind and Ballad of a Thin Man make for a fantastic climax and huge standing ovation, which Dylan soaked up without saying a single word. And just like that, he was gone.

The nature of the performance is sure to polarise opinion amongst fans, yet while he is standing there looking fantastic in his white cowboy hat and waistcoat, you can’t help feeling privileged to be in the presence of one of the most important artists to ever live.