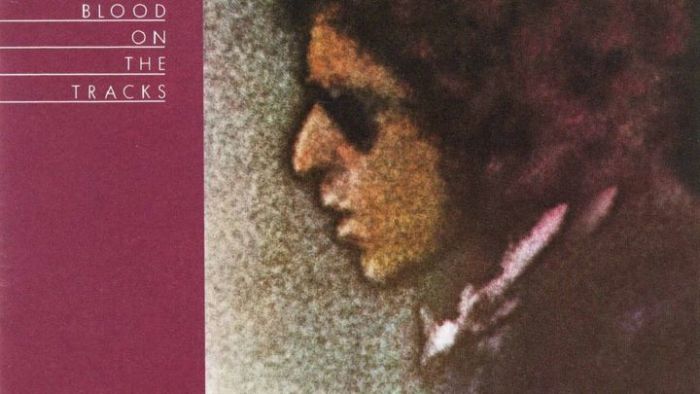 Bob Dylan’s Blood On The Tracks celebrates its both anniversary

With Bob Dylan’s fifthteenth album Blood On The Tracks turning 40, Getintothis’ Neal McGrath revisits Dylan’s magnum opus, an album that would come to encapsulate the pain of failed relationships.

Bob Dylan’s most important album is not the earnest protest folk of The Freewheelin’ nor the surrealistic, driving rock ‘n’ roll of one of the big hair/drugs trilogy. It’s his 1975 masterpiece Blood On The Tracks. But why? What makes this album stand above the other albums in his formidable back catalogue, many of which irrefutably changed musical history?

Blood On The Tracks is the album that confirms Dylan’s genius. It made it indisputable. Even the most hard-edged of Dylan detractors had to admit that the bard had played a blinder this time.

In 1963 when The FreeWheelin’ Bob Dylan was released he was soon being hailed as a “spokesman of a generation”. Songs like Blowin’ In The Wind and Masters Of War were hailed as anthems for the youth of America, at a time when huge political and sociological changes were afoot.

This of course put Dylan right in the firing line for abuse and criticism from many quarters. Whether they missed the point or not, Blowin’ In The Wind was ritualistically lambasted for its lines, none of which have any relevance to each other. The endless questions pour forth without any resolution whatsoever, except to suggest they’re “blowin’ in the wind”.

Which in a way sums up one of the most constant criticisms of protest music – people pointing their crooked fingers at what everybody else is doing wrong without offering any solution or even doing anything substantial to help.

Dylan of course was way ahead of the game and had jumped into a sea of possibilities while the protest song  ship burned and sunk amid naive idealists and greenback famished music barons. Allying a rock beat with symbolist poetry might seem like a stroke of genius to us but not everyone was fooled by mind expanding classics such as Mr Tambourine Man, Visions Of Johanna and Like A Rolling Stone.

The surrealistic lyrics gripped a generation and turned on electric lights inside many budding songwriters’ minds opening up doors that had been previously locked shut. But at the same time it stirred a critical debate. Dylan was getting away with murder – it  was stream of consciousness gobbledygook, he was the the Jackson Pollock of popular music. Just throw it at the canvas and someone will call it a masterpiece.

Ah but Blood On The Tracks. Here the lyrics took from his earlier incarnations, like the protest years they dealt with simple truths manifested in beautiful poetry.

Like the Dylan of 1965, his words are evocative, layered, surreal and three dimensional. Vivid characters, real and imagined, float past, phantasmagoric and cinematic. Songs like Tangled Up In Blue switch perspectives at will, there is often no sense of time.

But here they are more human. He casts his withering gaze over the press, fame, fractured relationships, broken marriages, lost loves and infidelity. But most of all he studies the reflection staring back at him in the mirror. We might not be able to grasp what each verse, line or metaphor is about but, still, we understand the songs within.

Feel the ferocious spite in Idiot Wind. Has there ever been a more damning portrayal of an ex-lover? His caustic articulation of a married couple becoming estranged is nothing short of breathtaking. If punk was to be a blunt instrument then Blood On The Tracks was a stiletto blade or poison in a drink.

You’re Gonna Make Me Lonesome When You Go is a beautiful paean to a lover who is leaving – we never find out if they are coming back – but the narrator through scores of dazzling imagery and clever rhymes, lets us know, no matter how sad they will be to lose her, he will take heart from the love they shared.

If You See Her, Say Hello is surely one of the saddest songs ever written? A man speaking to a mutual friend about his former lover, desperately seeking information while pretending not to care. As the song unfolds, it is painfully obvious that he is lost, lonely and still deeply in love with her.

Blood On The Tracks’ more personal approach helped give people a glimpse at the man behind the music and helped audience and critics alike, identify with one of the most important and enigmatic musical figures of the 20th century. Apart from Lily, Rosemary And The Jack Of Hearts, of course, but then again who doesn’t love a good Western-noir?