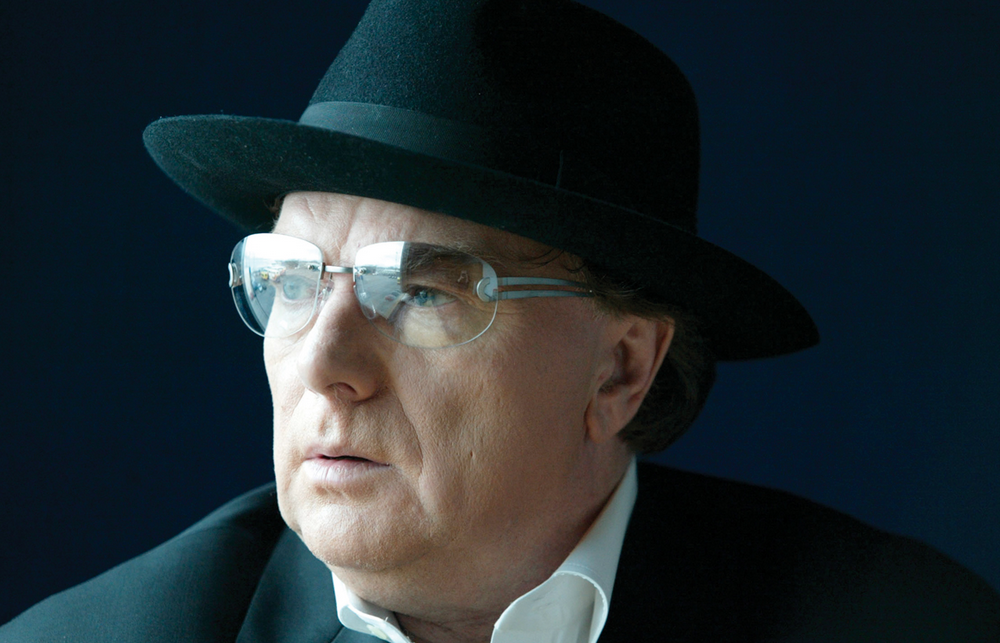 The term legend is often brandished about like some kind of mass pass the parcel, with the moniker’s use being all too frequent in the music world. Yet there are occasions, when an artist’s originality, longevity and influence on others can justify this title bestowed upon them.

One man who thoroughly justifies such is George Ivan Morrison or as you may know him, Van Morrison.

Next month will see the Ulster man release his thirty eighth album. Yes you read that right, thirty eight. Even in a career that spans five decades, that is some feat to be reckoned with. The timely release of Versatile comes as Van the Man heads out on his sold out UK tour in support of the acclaimed Roll With the Punches, including a date at Liverpool Philharmonic Hall on 15 November.

In what has seen many celebrations for the anniversary of all things 1967 this year, from The Beatles to Beefheart via The Velvet Underground and everything in between, its worth remembering that the same year also brought the debut from Van The Man with Blowin’ Your Mind! celebrating its fiftieth birthday this year.

Fast forward half a century and some thirty seven albums later, the Belfast man can count himself as one of the greatest songwriters of our lifetime, responsible for some of the finest albums and tracks ever recorded, a knight of the realm and multi award winning artist. Not bad for a former shipbuilders son.

Having grown up listening to his dad’s impressive record collection, a young Van soon fell in love with the music that he would go on to reinvent and champion as he washed himself with soul, blues, jazz, gospel and folk.

OMD: We’re still trying to be the future and challenge ourselves

From the heady grooves of his days as ringleader for the cult band Them, to the exquisite folk of Astral Weeks, his work reads like a paint it by numbers of how to make good music.

Even today, with the deeply blues soaked Roll with the Punches, there is still a deep sense of ambition to create and explore pastures new from the Northern Ireland man, as tracks like the soul laden Transformation or the illuminating gospel grooves of How Far from God prove.

With such an extensive and wide ranging repertoire, it was always going to be a challenge to settle on our ten favorite tracks from Van, yet as the list below hopefully shows, we haven’t done that bad a job.

One of the many highlights form the spectacular Moondance album, Caravan finds Van Morrison enjoying life to its fullest for all to see. The joyous ode’s instruction to “Turn it up” will clearly be met by anyone who has heard this rousing groove. If you want further evidence as to this tracks buoyant melodies, look no further then the all dancing, all singing spectacular moves from Van on Martin Scorsese‘ classic The Last Waltz.

In the opener to Tupelo Honey, Van the Man embraces elements of country, R&B and soul as he punches you in the gut with Wild Night. The fact that this was originally intended to be a slower, softer number makes it even more impressive. A hammering brass rhythm thrown in with the searing lead guitar of future metal axe god Ronnie Montrose creates one hell of a party.

Deemed as being “too suggestive” thanks to its lyrics about a former love, Van Morrison’s most famous song is perhaps one of the most recognisable tracks to have ever been recorded and responsible for many a drunken attempt at karaoke for all. Steeped in romance throughout, the track perhaps serves as a basis for one of Van’s primary influences throughout his career.

Clocking in at just over eleven minutes long, Listen To The Lion is without a doubt, the greatest vocal performance of Van Morrison’s incredible career. As the Ulster man searches his soul, not only does he take us on a emotional roller coaster through his lyrical genius, his voice roars, wails, whispers and soars throughout that is truly incomparable.

Taken from arguably his best album and written not long after his sudden divorce from Janet Rigsbee, You Dont Pull No Punches finds Van at his poetic zenith as he embarks on his quest for the illusive Veedon Fleece. The nine minute spiritual voyage, sees Morrison at the peak of his powers as he takes us on this highly ambitious number.

The title track from Van Morrison‘s third album is an irresistibly smooth jazz classic, that even the most pessimistic brass lover will find impossible to resist tapping their foot to its beat as it builds through its sophisticated layers. Sprightly, jovial and playful at times, it commands you to dance to each note.

Considering that many think of Van Morrison to be somewhat of a moody get, the opener to his eleventh album should help to sway you away from such opinions. Joyous, toe tapping a plenty, with even a vocal tribute to Louis Armstrong to boot. Who says Van isn’t happy!

On perhaps Van Morrison’s most popular album, the crowning glory is most definitely the heart rending Madame George. At the time of its release there was nothing like it in the world of music, as its Celtic layered hypnotic blues warped all. That still rings true today as he takes us through a startling journey into the streets he grew up in.

Okay, okay, we know that this isn’t a Van Morrison song in the sense of things, but its impossible to ignore arguably one of the best garage-rock anthems to have been recorded. Raucous, loud and simplistic at times, G-L-O-R-I-A is timeless on its own and even more empowering in the flesh. The fact is has been covered by the likes of AC/DC, Bowie, Hendrix and countless others, while inspiring Patti Smith to re-work the same track to her own classic, should tell you how highly it is regarded.

Filled with beauty, elegance, love and grace, Into The Mystic is the crowing glory in Van Morrison rich book of song. A mysterious tale of setting sail into the sublime right at the heart of Moondance, the lifting tones of Van’s voice marry up perfectly with his warm acoustic rhythm as the driving bass, gorgeous piano and glorious brass wash over one another into a fluid entity that shimmers and shines in the light of day. It is beautifully endearing and delivered with such finesse that it soaks into your core and never leaves. In a word, magnificent.