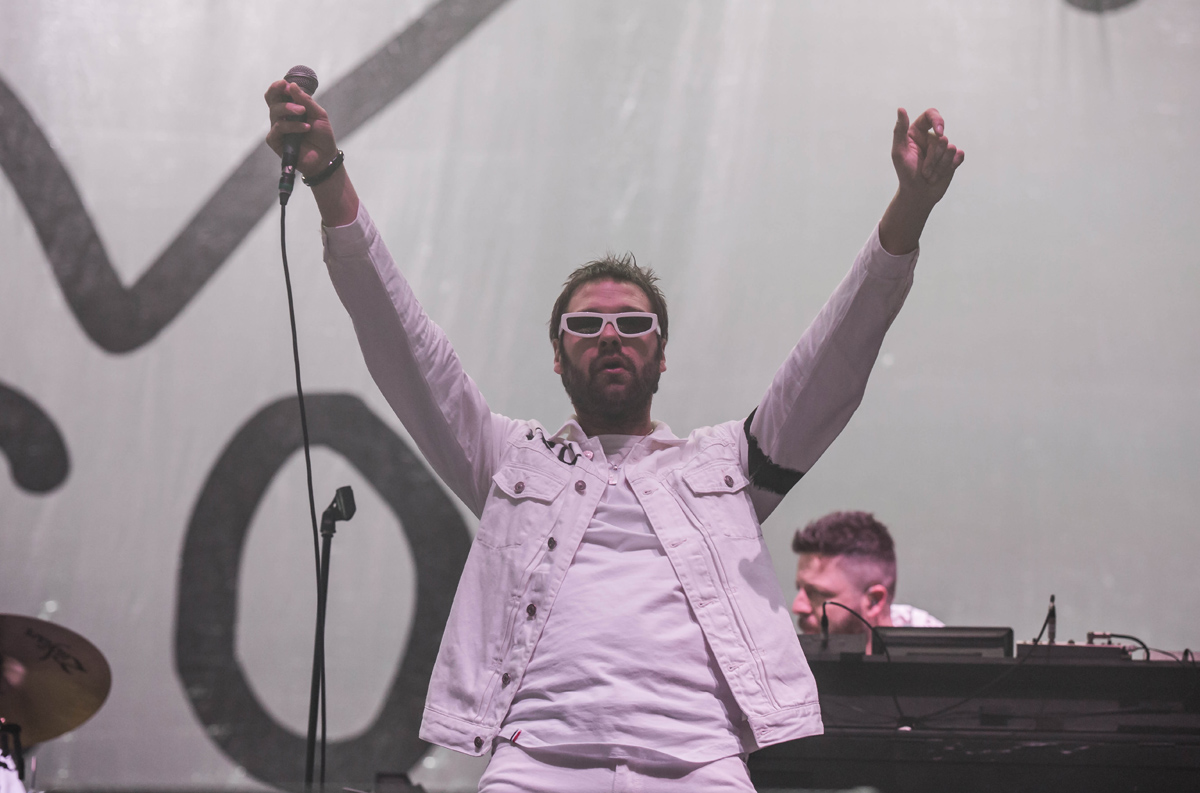 Kasabian rolled into town with their storming rock tour and Getintothis’ Lauren Wise was in the throng of the faithful to tell us how it went down.

Supporting Kasabian on their latest UK tour are punk duo Slaves, who have played to their fair share of festival crowds and are clearly looking to take on something bigger.

Unfortunately, it soon becomes clear that the stadium filled with crowds riled up for Kasabian are not too interested in Kent-based drummer and guitarist, as energetic, explosive and exciting as they are.

Instead there’s an apathetic attitude mounting in the arena – unless you’re down at the front chanting along to Cheer Up London and The Hunter because you’re a Slaves mega-fan.

It may not have been their best gig to date, but that’s through no fault of their own as Isaac and Laurie deliver another exhilarating set of moshing soundtracks. Instead, it’s simply a case of not being ready to take on the stadiums quite yet.

After Slaves’ final drumbeat an on-screen countdown timer continues to build tension to the big act where the anthem-fuelled atmosphere would soon be in full swing.

The entourage of white soon descended the stage and launched into Ill Ray (The King). Immediately the crowd is enraptured and for the next few hours the Echo Arena is transformed into a festival main stage complete with beers thrown, shoulder dancing and flares.

It’s clear Kasabian are a football-fuelled band, with their hits dotted on various Fifa games they target the younger audience who are ready to down a few pints and belt out a song to any chant-worthy track, proving that no matter what your stance is on the music, the atmosphere is undoubtedly infectious.

This was added to with the complex light show that accompanied each song, making full use of the stadium and ensuring even those at the back could feel like part of the gig.

Having seen them exactly six years ago at a stadium tour almost to the date, lasers and production tricks weren’t the only difference between the old and new shows.

With two new albums under their belt, including the disappointing 48:13, a looming doubt that they would wheel out only new songs and leave old anthems forgotten preceded the show. Luckily this wasn’t the case, as equal time was dedicated to the old and new.

Highlights of the night included Shoot The Runner, Serge-led acoustic Wasted, Bless This Acid House, Club Foot and of course, the epic Fire that would end the night on a high and have the crowd chanting all the way to James Street Station. 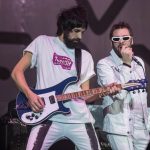 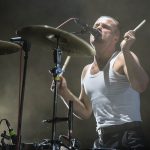 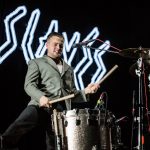 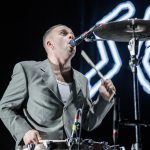 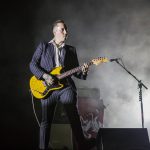 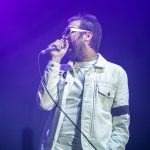 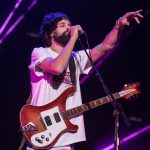 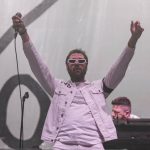 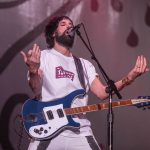 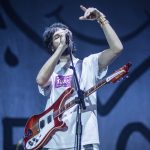