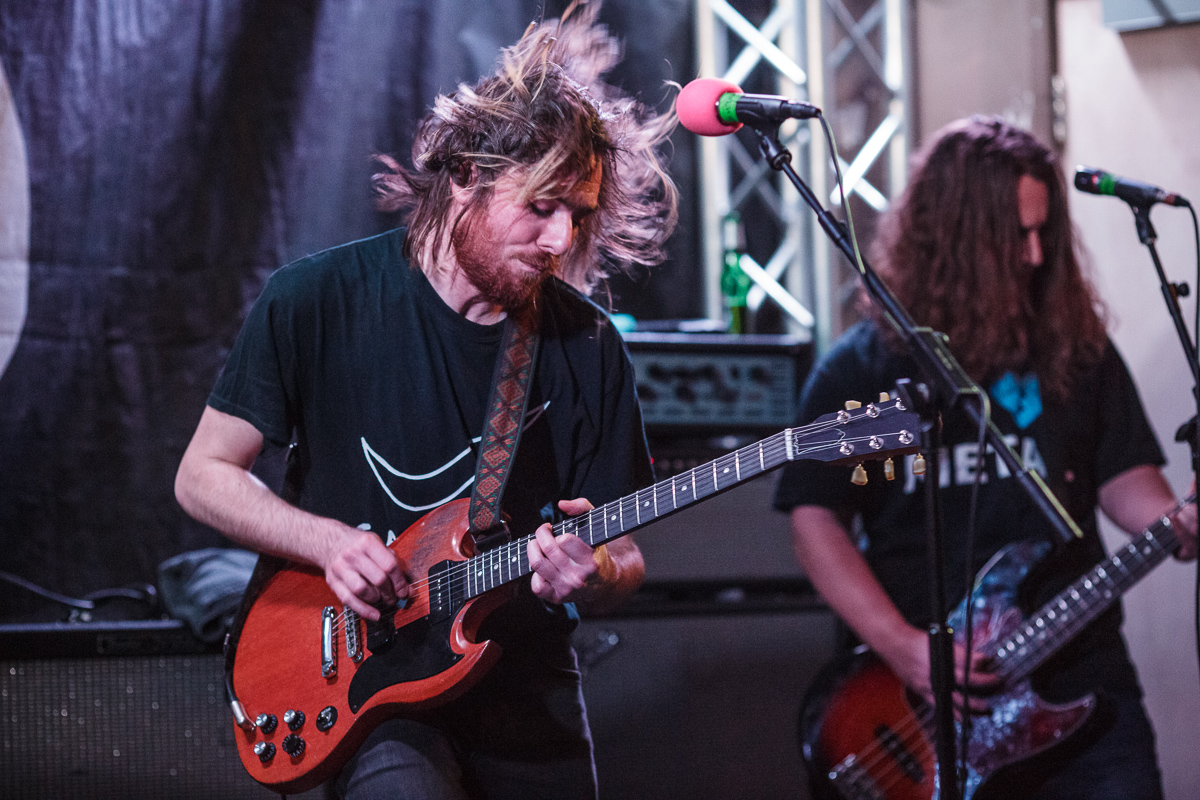 Pulled Apart by Horses brought manic chaos to Liverpool’s Arts Club on a freezing December night and Getintothis’ Matthew Eland was there to see it all unfold.

A pulled shoulder muscle was not ideal preparation.

This, after all, was Pulled Apart by Horses, Leeds’ finest purveyors of garage-rock riffs. Uuuge riffs. Riffs that could sink an oil tanker. Riffs that might compel a man hesitant to indicate right on a motorway because his head won’t currently turn in that direction to do himself further mischief via involuntary headbanging.

However, dear reader, your faithful correspondent bravely ventured out into the frigid December air to a Barfly (it’ll always be Barfly in our mind) where even the sound guy was wearing a bobble hat. Perhaps not a venue dark and sweaty enough for PABH; we’ve seen them in the Kaz (RIP) and the Shipping Forecast basement before, venues more conductive to establishing the close, Amazonian conditions in which their music might flourish; which leaves the support band, Crows, with something of an uphill struggle in (almost literally) warming up the crowd.

Crows are a bit like The Stooges playing Twilight Sad covers: big, wall-of-sound distortion over caveman beats. James Cox, the vocalist, has something of an Ian Curtis intensity to him, and he sets the tone straight away, jerking between two microphones (one normal and one old-fashioned upright silver one for some haunted-asylum reverb) to send spumes of rapidly crystalising saliva that snows down on the audience with each anguished scream and yelp.

This is their first night of the tour – they’ve replaced Weirds, who supported on the preceding dates – but there’s nothing hesitant or rusty about them. They play to the cold, crossed-armed scousers as if it’s the biggest show of their lives, Black Flag style. That said, they’re at their most effective when Cox finally breaks the fourth wall and descends into the crowd, wrapping the mic lead around people’s ankles and writhing on the floor.

But what the people really want is PABH. A cursory scan of the audience suggests that most attendees are around their thirties – punters who perhaps remember the comet-tail end of early-naughties post hardcore, from whence the angular, early material of the headliners found its genesis. Over the years they’ve moved from that into the slip-stream of acts like King Gizzard and Oh Sees, bands more concerned with beats and pace than breakdowns and crescendos.

As such, they begin with the title track from their latest album, The Haze. Indeed, this record supplies the majority of the songs this evening, from the staccato pop of Hotel Motivation to the tenticular proto-metal of Prince of Meats. There’s a lighter touch to their newer material than that of their last album, Blood; and the band have confessed in interviews that their intention during the writing of their latest was to have more fun, to tone down the darkness.

The really big hitters, though, are the older tunes: Meat Balloon and High Five, Swan Dive, Nose Dive, the latter of which finally gets the audience jumping into each other. In the final, squealing feedback of this, one punter ascends on his mate’s shoulders and produces a phone, and for one horrifying moment we fear he’s about to take a selfie – but no, he’s just taking pictures of the pedal boards. Good lad.

PABH return for an encore of I Punched a Lion in the Throat, the high-water mark by which all their subsequent material must be judged. We have a lot of affection for this band, and in an environment where outfits of all stripes are being squeezed or even disbanded without fulfilling their potential, it’s extremely gratifying to have them on their fourth album.

They may not have expanded on the doomy grooves of Den Horn from the first or the anthemics of Everything Dipped in Gold from the second, but there’s enough to suggest that PABH will be around for a while yet, invoking manic chaos up and down the land. 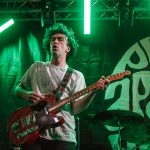 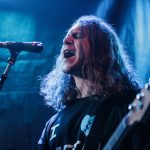 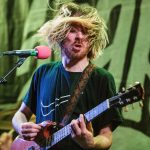 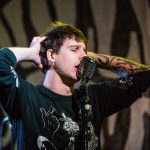 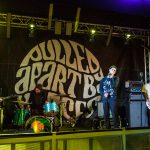 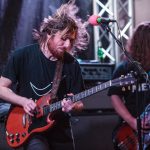 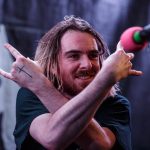 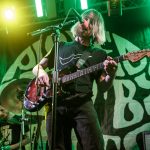 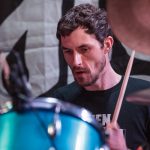