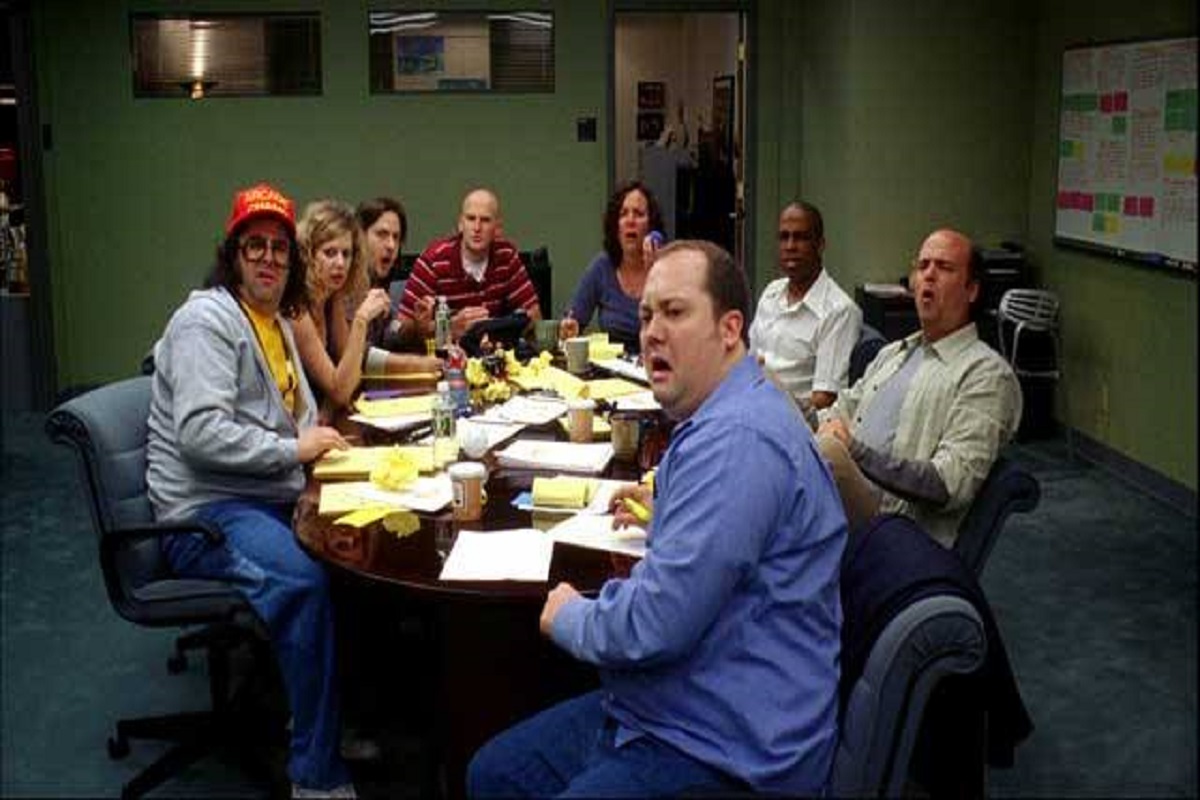 How the Getintothis team decide Album of the Year

Top 10’s, end of year favourites, and the very bests of as Getintothis’ Chris Leathley considers the never ending attraction of sticking things into lists.

Towards the conclusion of any given year, we are usually treated to an array of lists – a veritable cornucopia of classification by the expert and the novice alike. Indeed, nowadays it’s almost as though without a list of things that have been (be they books, films, albums, stirring sporting triumphs, lurid political scandals and so on…), that we cannot guarantee their impact or even their existence.

By listing, there is something of the desperate nostalgia here. That desire to label and rank is also an, ultimately futile, effort to bestow solidity and permanence upon fleeting moments of aesthetic joy and artistic rapture.

That this is a wholly artificial act almost goes without saying. Who can say, in the midst of list-making angst in November or December, whether our choices would still stand firm under even the most cursory scrutiny only mere weeks later?

Our impulsive reverential nods to certain artists, authors or filmmakers are so context bound, so defiantly and illogically unique to our own obscure fascinations, that any list produced becomes impossible to generalise from. Combine that with the almost suffocating weight of history and critical mass, as the influence of an artist’s past triumphs indelibly mark our affections for current output, and one can with some justification direct a cynical eye towards many an annual list.

Let’s be honest – if Dylan were to release a compilation of 34 different versions of his evening flatulence, many would still be hailing it as one of the releases of the year. That is not to criticise Dylan – his farts are probably lyrical genius – but it is to illustrate the point that reputation and critical affection can weigh heavily on us all.

Beyond this, commercial sales are another imperfect indicator of what should take a hallowed place upon lists, which then lets such unholy influences like Marketing and Zeitgeist and Hipsterdom in through the back door of curator influences. Given the dubious impact of Labels and their overly close relationship with some critical websites or the equally pernicious effect of interviewer bias, and it is clear that we can rarely implicitly trust critical choices.

Many of us, in spite of this cold logic, still seek guidance from these collations of individual or collective tastes.

After all, they can remind us of an inexplicable omission or prod us towards an avenue that would otherwise have been closed to us. Nevertheless, there can sometimes be an atmosphere of panic at year’s end as we seek to ensure that we experience most, or all, that our peers and critical gatekeepers deem worthy.

Thus, it is hard to escape the conclusion that much of our trend towards compulsive list-making can appear contrived, obtuse and even counterproductive. References to a ‘herd mentality’ when describing this kind of behaviour would not be too far wide of the mark if we accept this point of view.

The obsessive desire to rank, denote and quantify is also a peculiarly positivistic mindset, seemingly at odds with the instinctive and the ephemeral nature of aesthetic engagement and more at home with clinical science. The nebulous qualities to our emotional interaction with the Arts do not sit comfortably with this precise list-making approach.

One final criticism of our annual forays into list creation might very simply draw upon the very obvious pain involved!

The contortions and betrayals as we select and discard, poring over catalogues of our purchases, listening rates, the number of viewings etc etc delivers only the very uneasy sense that we have crafted something that is ultimately meaningless. All that mental trauma for a series of choices that will probably be redundant by January.

Yet, we do it. We all do it, including this venerable website.

Surely, there has to be some worth to it?

Let’s begin with emotional catharsis. Lists can generate a release which is supremely satisfying to the person concerned. By summarising our musical, cinematic or literary experiences throughout the year (or indeed other years/decades), we express something of profound depth about ourselves. We express our moments of joy, our times of lust and romance, our depths of frustration and melancholy. 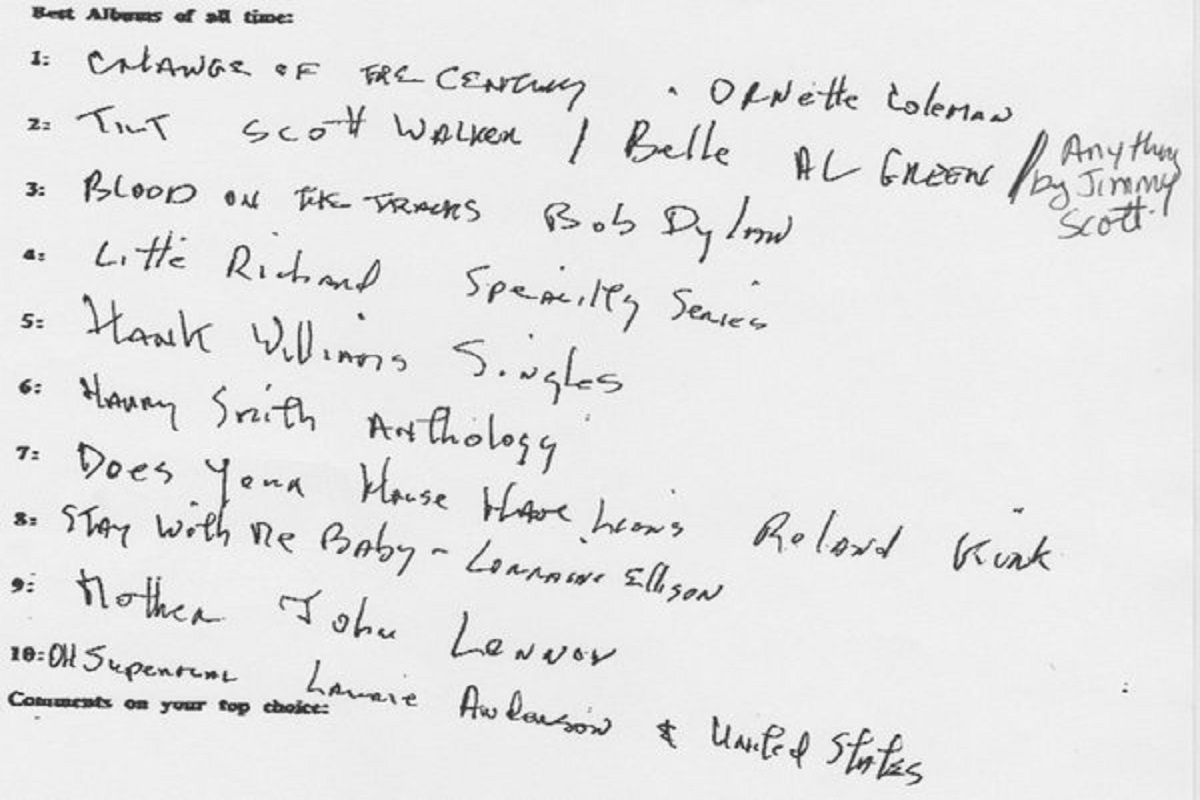 By selecting, we weave an intense biographical tapestry of what it means to be, in a manner which is often much more affecting than a bald diary entry or verbal confession.

This leads directly into our next point in defence of lists – the ability of these compilations of sentiment to memorialize our past. The blunt factual chronicles of events and actions that exist can do only a limited amount to explain our history, personal or communal. Our artistic choices however, can paint a nuanced portrait of the past which is honest, powerful and insightful in ways that we may not at first easily comprehend or imagine.

Lists have their more simple and practical utilities too. In an age of internet and streaming-led ubiquity, it is all too easy to be overwhelmed by the sheer weight of choice available. With that in mind, lists, especially those compiled without commercial agenda, can be an essential filter. We have neither the time, nor the inclination frankly, to wade through the welter of material out there. The democratising effect of Soundcloud and other platforms has been wondrous to behold but it remains a double-edged sword.

Lists therefore help those of us who love new music stay sane and stay informed.

To delve further into this, we can also identify how lists facilitate community, both online and elsewhere. By compiling and contrasting choices, we start conversations. These dialogues and debates, these intense interactions, can provide untold outlets for people who might otherwise feel isolated or alienated. There are many who can fall into the trap of believing their artistic affections are not shared by others.

Lists help shatter that fallacy and bind otherwise disparate individuals tightly together in a communal interrogation of their cultural obsessions which breathes fresh life into the Arts at large.

When we do this, we do something else that is equally significant with regards to a more meaningful appreciation of the Arts – we critically reflect and engage.

We can all watch a movie or listen to an album. How we do it (i.e. is it the sole focus of our attention or is it background to our daily life?) reveals an either superficial or immersive approach to the Arts. Sometimes it is absolutely necessary to choose the superficial option, given the pace of modern life. Yet, we all rightly aspire to the immersive as the ideal.

In that vein of thought, lists enable us to complete this ‘immersion’ in the Arts by reminiscing and re-investigating those pieces or texts or films which have astounded us during the year. Furthermore, by spending precious time and energy on this period of reflection, we discover new aspects, ideas and values within our favourite works. In this sense, the actual rankings or critical hierarchies that we ascribe to albums or films are immaterial. What matters is that we thought about them at length and with great depth.

Finally, it is worth remembering the tremendous good that lists, even by some of the more dubious critical and aggregate sites, can do for our favoured artists. We all have more niche tastes at times and these more obscure affections can often languish in relative anonymity and penury. Lists can provide much-needed boosts to careers and revenue that can, in turn, fuel further work.

We may roll our eyes on occasion, but lists can shine a light, and with far greater reach, than few other formats can manage.

Thus, the debate will continue. Those that painstakingly craft these lists will defend them while those who cannot imagine deciding which Pixies LP is really their most cherished possession, will simply recoil and mock the afflicted. Indeed, one cannot deny that lists remain a flawed model for appreciation of the Arts.

No matter. However imperfect they might be, lists will still play a far more significant role than many sceptics realise. For that, believers and non-believers alike should be grateful.

Now, what were your favourite albums of 2017 again?