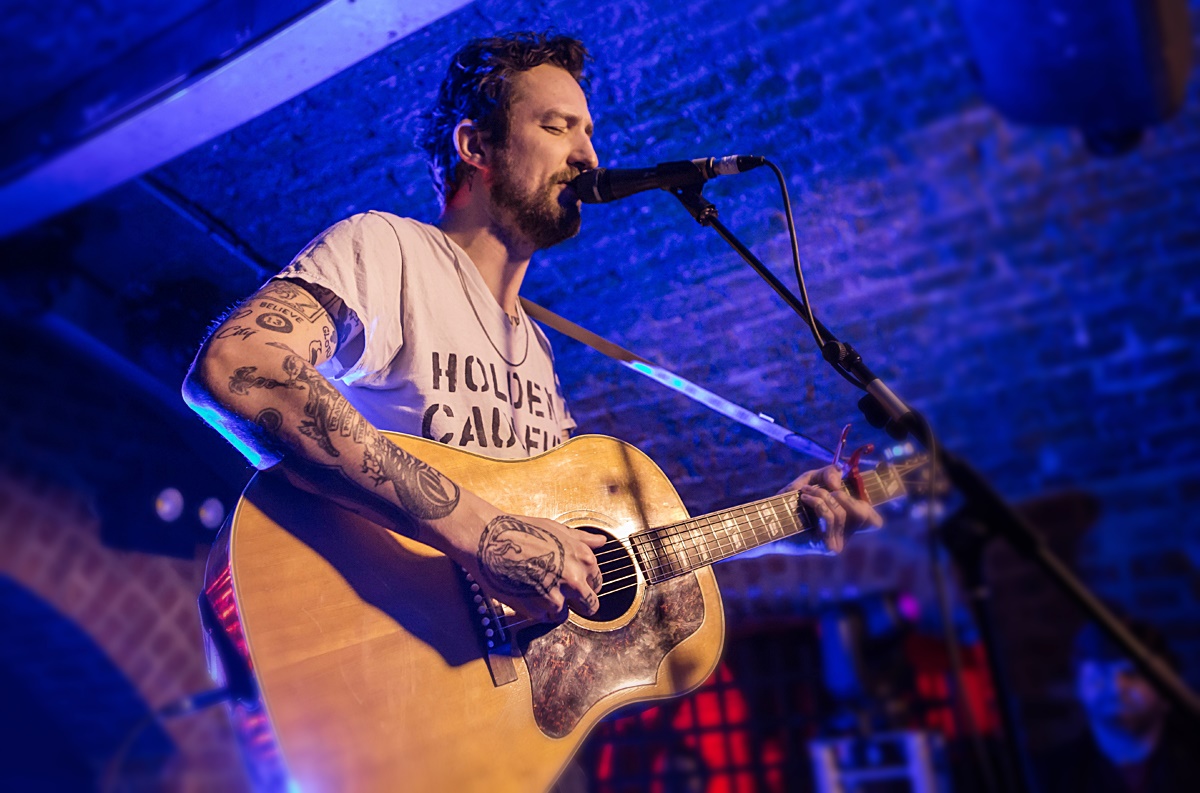 As Frank Turner plays a rare intimate show at EBGBs for Independent Venue Week and Safe Gigs for Women, Getintothis’ David Hall mourns his entry into the big league.

Honestly, it’s impossible to write a detached, critical review of Frank Turner. The first time this writer saw him live and solo was back in 2007, at a free show in the basement of Revolution in St Peter’s Square. The second time was on a main festival stage in 2014, commanding a crowd of thousands. So, to see him in EBGBs felt like coming full circle. Why the huge gap? Well, we’ll get to that.

I cut my teeth in the UK post-hardcore revival centred around 2003. Clubs, radio stations and indeed charts were peppered with bands like Hell Is For Heroes, Reuben, Kinesis, and of course Million Dead. I have distinct memories of Hundred Reasons appearing on Top Of The Pops. It seemed like we were on the very brink of something astounding, because not only could these bands could actually make a breakthrough, they could really go somewhere.

The scene ran its course however without that happening, and Frank Turner‘s Million Dead disbanded acrimoniously. It all seems like a very different era now, since as one of very few escapees of that post-hardcore scene, Turner is just a couple of steps down from household name. He’s managed that through his music, and grinding hard.

Let’s not chuck around tags like ‘selling out’. I respect Frank Turner, I respect his intelligence, I respect his tireless work ethos, and I think he speaks very, very well. His frequent references to the work of Safe Gigs For Women throughout his set were all spot on. His music unfortunately just isn’t my thing nowadays.

Whereas his lyrics with Million Dead crackled with polemic, and were riven with political discourse, the words he sings – and has now sung for years – are watered down, easy to swallow platitudes. They are bland Zuckerbergisms long on straw man solutions to big problems and short on profundity, designed to apparently extol the virtues of unity whilst screamed back by thousands of ticket holders.

It’s no coincidence that in EBGBs, new single 1933 threatened to offer some solutions to the world’s problems (“Don’t go mistaking your house burning down to the dawn” the chorus goes, before concluding “outside it’s 1933, so I’m hitting the bar”) but ended up all but blending into The Road.

Turner‘s fans lapped up favourites like Photosynthesize and Ballad Of Me And My Friends, the walls shaking with voices singing along with the likes of The Way I Tend To Be and set closer I Still Believe. They were clearly relishing every word, and looking eagerly forward to Turner‘s just-announced full band O2 Academy gig in April.

For me, Turner is a performer who I respect, but who’s music has simply left my orbit. Independent Venue Week is a brilliant way of getting musicians like that back down into the roots of where they started, and Turner was clearly aware of that. He’s earned his entry into the big leagues, and his fans clearly enjoyed this chance to see him up close.

Turner is definitely a performer who is in his element onstage; there is a definite added potency to his live act, and it’s difficult to stop yourself from getting swept along in the raised voices.

For those of us down in Revolution in 2007 – just slightly further than the length of a mic stand, which is all that separated Turner from the front row both there and in EBGBs – this distillation of Frank Turner‘s arena-gazing acoustic rock probably rings just as hollow as on record. 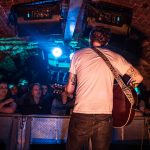 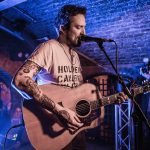 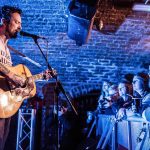 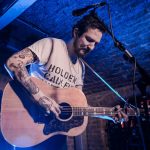 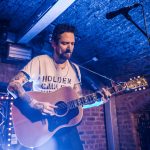 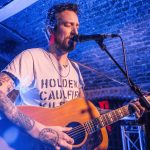 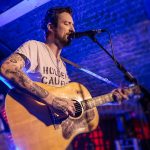 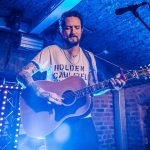