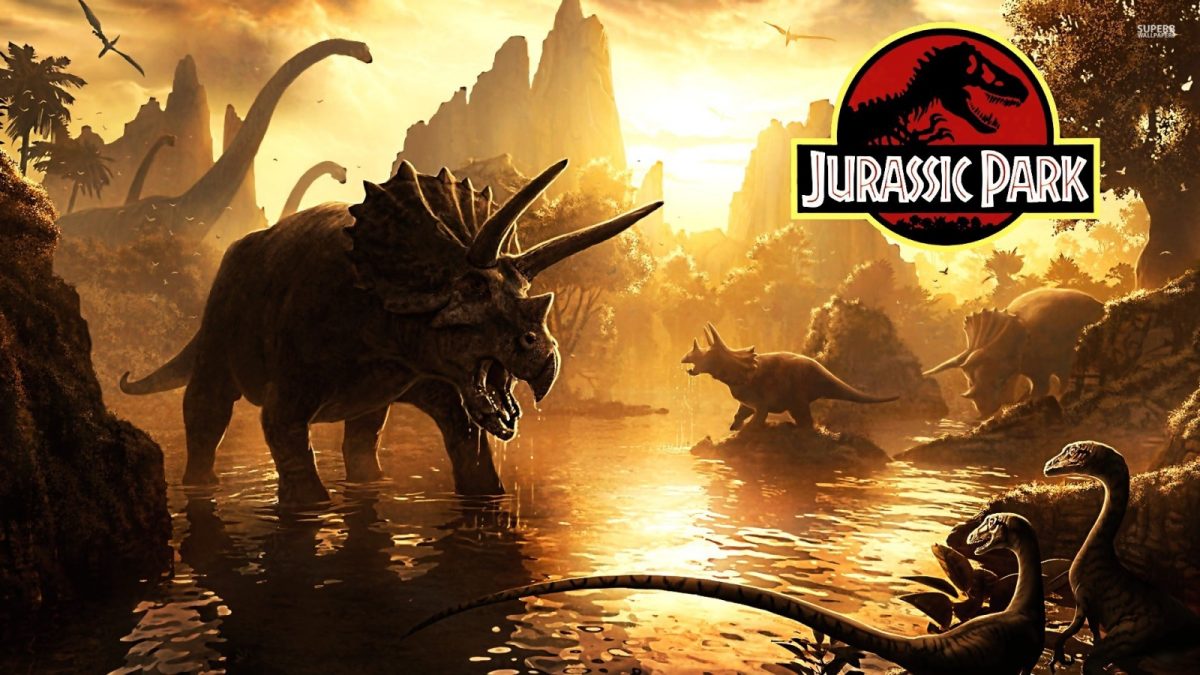 As we celebrate the 25th anniversary of Jurassic Park, Getintothis’ Billy Strickland  looks at the impact it had on a generation of cinema goers.

Sixty five millions years ago dinosaurs ruled the earth. 25 years ago they ruled our cinema screens.

It’s the film that made cinema history, defined childhoods, and thrilled audiences in the summer of 1993 and it’s turning 25 this year.

Based on author Michael Crichton’s bestselling book of the same name, Jurassic Park became a worldwide phenomenon. Everybody and their mother wanted to see this film. Nobody could stop talking about it, and for very good reason. Featuring ground breaking technology and a superb blend of thrills and family entertainment, it truly does ‘continue to capture the imagination of the entire planet.’

Now, when this writer first experienced Jurassic Park, most likely at the innocent age of four or five, he fell in love with something, something so powerful it could change your life.  Yes, dinosaurs where as cool as ever, but seeing them ‘alive’ in a film changed things.

This now long-time fan fell in love with cinema because of Jurassic Park, and watching the film many times every year for the past 20 years, always finds something to love about it. And it was really at this point in the writer’s childhood that he knew what he wanted to do for the rest of his life.

The film’s plot follows that of the book but is less science-heavy and more watered down for a mainstream audience. Sam Neill plays the hero, Dr Alan Grant, and the most developed roll in the film. He hates kids, which creates something of an inner conflict for him in his personal relationship with Laura Dern’s leaf loving character, paleobotanist Ellie Sattler.

Although finding himself having to look after the two kid stars of the film, Tim and Lex, he learns to appreciate them, and it is this aspect of the film that resonates with me personally. It’s such a powerful, subtle theme that  allows for characters to be layered rather than the one dimensional, gun toting action heroes expected in a summer blockbuster. There is a certain level of humanity that is brought to the film that everyone can relate to.

When Steven Spielberg began rolling on what would be his first day of shooting Jurassic Park, he didn’t know the impact it would have and how much of a classic it would become. But what is it that makes Jurassic Park so special? Actually, many factors come into play when talking about what makes this the best dinosaur film ever made. It isn’t a shame to think that even with three sequels the first has never been topped.

Jurassic Park certainly wrestles with multiple themes; you’ve got parenthood and family, greed, technology, power, but all of this comes down to the age old theme of good versus evil, or in the film’s context, man versus nature. One could argue this is portrayed through the characters of mathematician Ian Malcolm, played so naturally by the eccentric Jeff Goldblum, and John Hammond, played by the legendary Richard Attenborough.

Of course this writer at an early age (pre A-Level film studies) didn’t realise the clever mis-en-scene at work here. Goldblum’s character being the ‘nature’ side of things wears all black, representing the opposition to good. His character disagrees with everything going on at the dinosaur amusement park, compared to his opposition. John Hammond, dressed from head to toe in white believing all his intentions are good. In one of the film’s greatest dialogue exchanges, characters Alan Grant, Ellie Sattler, Ian Malcom, and John Hammond observe what happens behind the scenes of the amusement park, and discover the immense power and control needed to run an operation of such scale. They also witness the birth of an infant velociraptor.

Ian Malcolm, far from impressed, is too concerned with the high probability that everything he is seeing is going to fail, saying ‘the kind of power you’re attempting here, it’s not possible’. This leads to one of the most potent lines in the film: ‘Life breaks free, it expands to new territories, it crashes through barriers.  Painfully, even dangerously’ and then continues on to say ‘Life finds a way’.

It’s this line, delivered exceptionally by the actor that brings argument to Jurassic Park. Just because dinosaurs can be made, should they? It’s a feasible debate to go along with a feasible idea that as technology in the real world advances at an alarming rate, it could bring us to this reality one day. 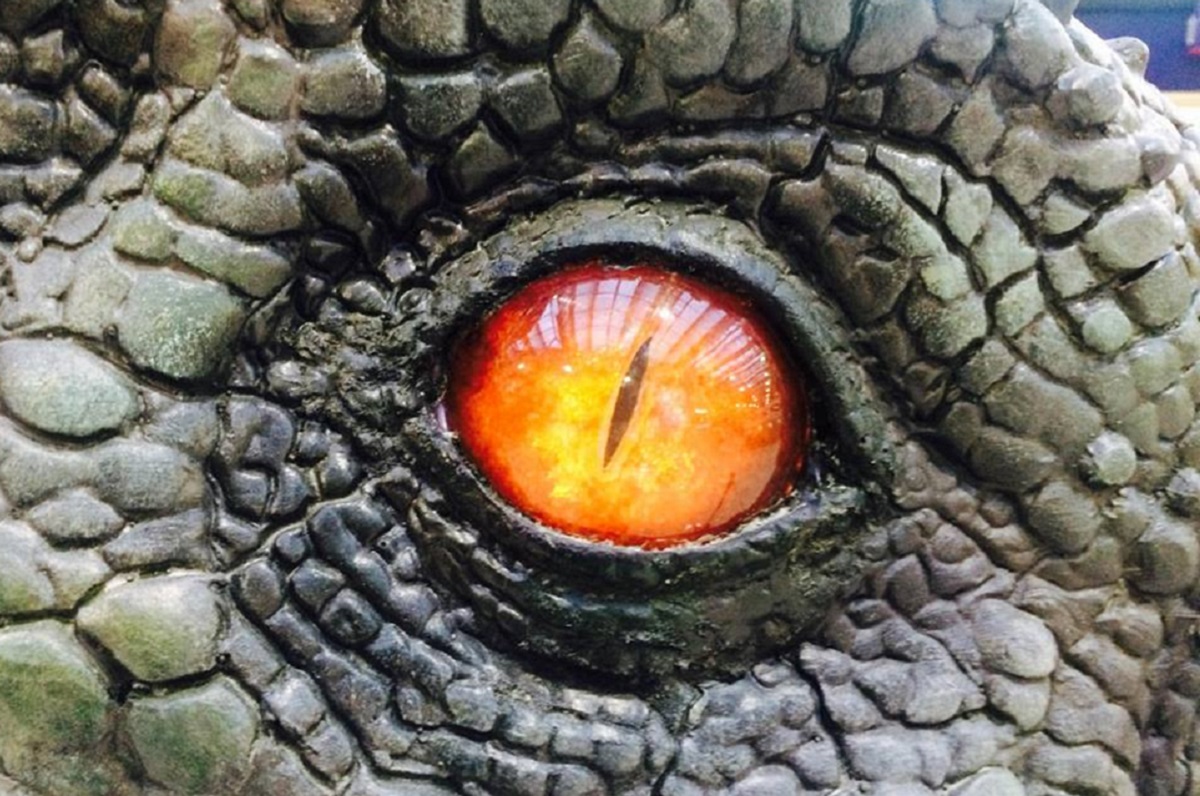 It’s the early 1990’s. Audiences have grown accustomed to the special effects that are filling their summer blockbusters like a wild plague. They’ve seen space battles in Star Wars and they’ve seen light cycles in Tron, it is becoming normality. In 1991, James Cameron releases Terminator 2: Judgment Day featuring the terrifying T1000. Now the T1000 is the latest and best in computer generated imagery from Industrial Light and Magic (ILM), the special effects maestros of Hollywood. It raised the bar in the field of CGI, but as amazing as it was, people just weren’t expecting was about to happen two years later.

Enter June 1993. Jurassic Park lit up theatres everywhere, and like the asteroid that destroyed the films flagship characters, it blew the planet away. It changed film forever.

Audiences had never before witnessed anything like this. Even other renowned directors wanted to jump on the band wagon, George Lucas being one of them! The success of the CGI in Jurassic is what inspired him to start his Star Wars prequels. As a matter of fact (and more than likely a little known fact), it was George Lucas who oversaw the post production stage of the film whilst Spielberg had to dash off to film one of his other classics, Schindler’s List. Bet you didn’t know that one.

Arguably the most iconic sequence in the film (and possibly in any film ever) is the superbly executed T-Rex escape scene. Now, a full CGI model of the tyrannosaur appears in this scene, but clever use of low light and rain allows for the animal to appear to be a living breathing creature, a technique directors seem to forget nowadays in cinema. In Jurassic World (2015), the CGI looks as though it belongs in 1993 more than its predecessor does. The truth is that Spielberg opts to use as little CGI as possible, maybe because the technology was just starting out and he didn’t want to seem to ambitious.  But intentional or not, the lack of CGI being used, along with a perfect blend of animatronics from the masterful Stan Winston is what allows it to shine today ahead some of cinemas modern releases, such as Jurassic World.

Spielberg was already established as a filmmaker who could thrill his audience, and Jurassic Park is a masterclass in suspense filmmaking.  But this film was about dinosaurs, and who doesn’t love dinosaurs? That’s right; ultimately Jurassic Park was a film for kids. But this director was not going to shy away from the scariness the film needed. No, instead he masterfully blends family adventure with suspense and science fiction horror.

In many ways the film is just like one of Spielberg’s other films, Jaws. Just like in the 1975 shark classic, he manages to portray the humanity of his characters in such a real and charming way, so when it comes to the bad things happening, you really start to care for the people on screen. Jurassic Park has such a warm innocence to it in earlier scenes that kids in the audience are eased into the terror starting to unfold.

For example, the brachiosaurus scene, the first time a full CGI dinosaur is seen in the film, (and what a magical moment it is). With this scene younger members of the audience are seeing what Spielberg intended; an animal. It’s this approach that allows for children to not be scared of the colossal lizards, but rather to be fascinated. Even when the dinos are attacking, kids still watch in awe.  Following the release of the film, there was a significant increase in students choosing to study palaeontology.

It’s even the little things in Jurassic Park that leave a mark. Little elements the filmmakers struggled to accomplish at the time, such as the cup of water rippling on the dashboard of the land explorer with each step the ferocious tyrannosaur took. Mentioned earlier, this caused special effects wizard Michael Lantieri many sleepless nights trying to figure out just how he would accomplish this, and Spielberg was adamant after being inspired by simply Earth, Wind & Fire in his car at full volume.

In the end it was an amplified guitar string plucked at the right note that brought it to life.  Yes it built the suspense of the unknown, but also for many years to come directors would copy the gag in their films. Even as recent as 2018 the gag is still being put to good use like some old working dog, with Star Wars: The Last Jedi (Rian Johnson) featuring a close up shot of a drinking rippling in an casino on some far off planet.

Even the unique sound of the T-Rex created for this film (made by slowing down the sound of a baby elephant) can be noticed in films such as Toy Story 3 and a Bugs Life, which makes me think Pixar have a thing for this film.

In the interest of the film’s target audience, Kenner Toys were the company in charge of the inevitable toy line to coincide with the release of the film. And of course, kids of 1993 went crazy. Featuring all the main dinosaurs from the film, vehicle play sets and main characters, it allowed for the adventure to be continued in the imaginations of a six year olds bedroom. These figures are still sought after today by the hardcore fans and, of course, some are more sought after than others.  But this is just another part of the legacy Jurassic Park has left.

It is safe to say that the impact Jurassic Park has left is a powerful one. Cinema was about to enter a new age, there was no going back for audiences, as now they would always want bigger and better. For many people the film holds a special place in their hearts. Whether it’s simply because it’s the first film they ever saw, or it inspired them to grow up and become filmmakers or palaeontologists. Jurassic Park will forever be the film that changed not just cinema, but people’s lives.

And that’s the true power of cinema.