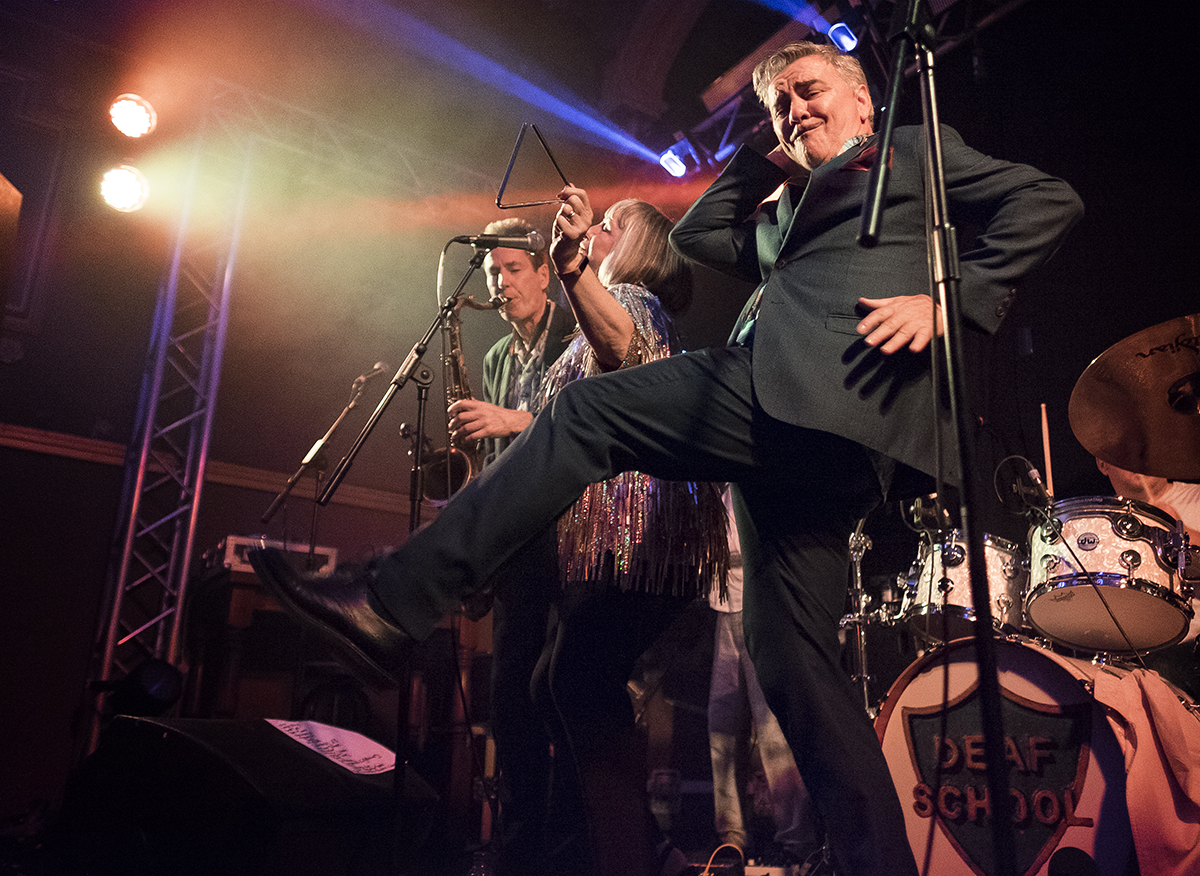 Deaf School bring their self proclaimed art rock to a brace of gigs at the Arts Club Loft and Getintothis’ Peter Goodbody was there among the faithful.

It’s an interesting proposition. Clearly Deaf School can sell out much larger venues than this, but following two sold out nights in London, the band have decided this time to play the diminutive Arts Club Loft on two consecutive nights.

It’s a trick that worked well. Primarily billed as a showcase for the recently released Let’s Do This Again Next Week, the band nevertheless rocked out a few of the old faves as well. After all, who could imagine a Deaf School gig without Taxi, Cocktails at 8 and What A Way To End It All.

Timing wasn’t kind to Deaf School. The band formed in 1973 at Liverpool Art College and while they secured an early record deal and released three albums between 1976 and 1978, the young upstart punk rock got in the way and the band was forced to call it a day in 1978. Although critically acclaimed by many, chart success eluded them and they seemed to get lost in the maelstrom caused by The Damned, The Clash et al.

But they never entirely disappeared and a welcome clutch of gigs in the late noughties have kept their fans happy.

And so tonight was a case in point. Both nights at the Arts Club sold out and there is a tightly packed band of loyal followers here to pay homage. They all know the words to all the songs and there is no room for dissent. All here are fans and in their eyes Deaf School can do no wrong.

And, to be fair they don’t get anything wrong. From the theatrical entrance of Bette Bright to the finale of Capalidi’s Café there is a tight and well polished show in between.

Enrico Cadillac Jnr is a superb band leader and foil for Bette’s charm and sex appeal. The Rev Max Ripple, on keyboards joins in the fun at times although it was a shame we didn’t get his rendition of Bob The Lodger, despite the promise on the website.

Therapy? on Feis Liverpool, death of NME, the upcoming album and more

Let’s Do This Again Next Week is a strong piece of work, that’s for sure, and it’s tunes are worthy of being aired, but let’s not kid ourselves. The audience want the songs they grew up with. The classics are from Second Honeymoon and Let’s Stop The World. And with good reason, for these really are Deaf School’s strongest songs.

There’s no support for this gig. Probably the right call. First, it’s not easy to think of a band that would fit and second, we get the sense it’s unlikely there are many here who would pay much attention anyway. It’s all about the main attraction tonight.

On the day Ken Dodd was put to rest, it was perhaps inevitable we would have a related joke from Enrico – What a wonderful day for sticking a cucumber through the letterbox and saying the Martians are coming.

Bette’s tinsel dress and Enrico’s Hawaiian shirt, along with Max Ripple’s dog collar give the sense of theatre and not exactly seriousness this band is about. It’s all good fun and that’s why people love them.

But it’s definitely the second part of the set that gets the fans back into their comfort zone. Taxi, Capaldis Café, What A Way …. closing out an hour and a half or so of splendid entertainment.

We can be picky and complain about the price of beer in the Arts Club. We’re not in London. The layout of the room means a sell out gig isn’t a particularly comfortable place to be (Can you move, mate, I can’t see anything if you stand there) unless you decamp to the bar where you can hear it all but see very little. There were plenty people who chose that option. But in the end it was a triumph despite those niggles.

Deaf School are troopers. There’s nothing quite like them. Their music inspired many. And it’s easy to see why.

Their cover of the Flamin’ Groovies Shake Some Action – the penultimate song tonight – is a regular encore. It’s a rabble rousing cry to action and it works perfectly. 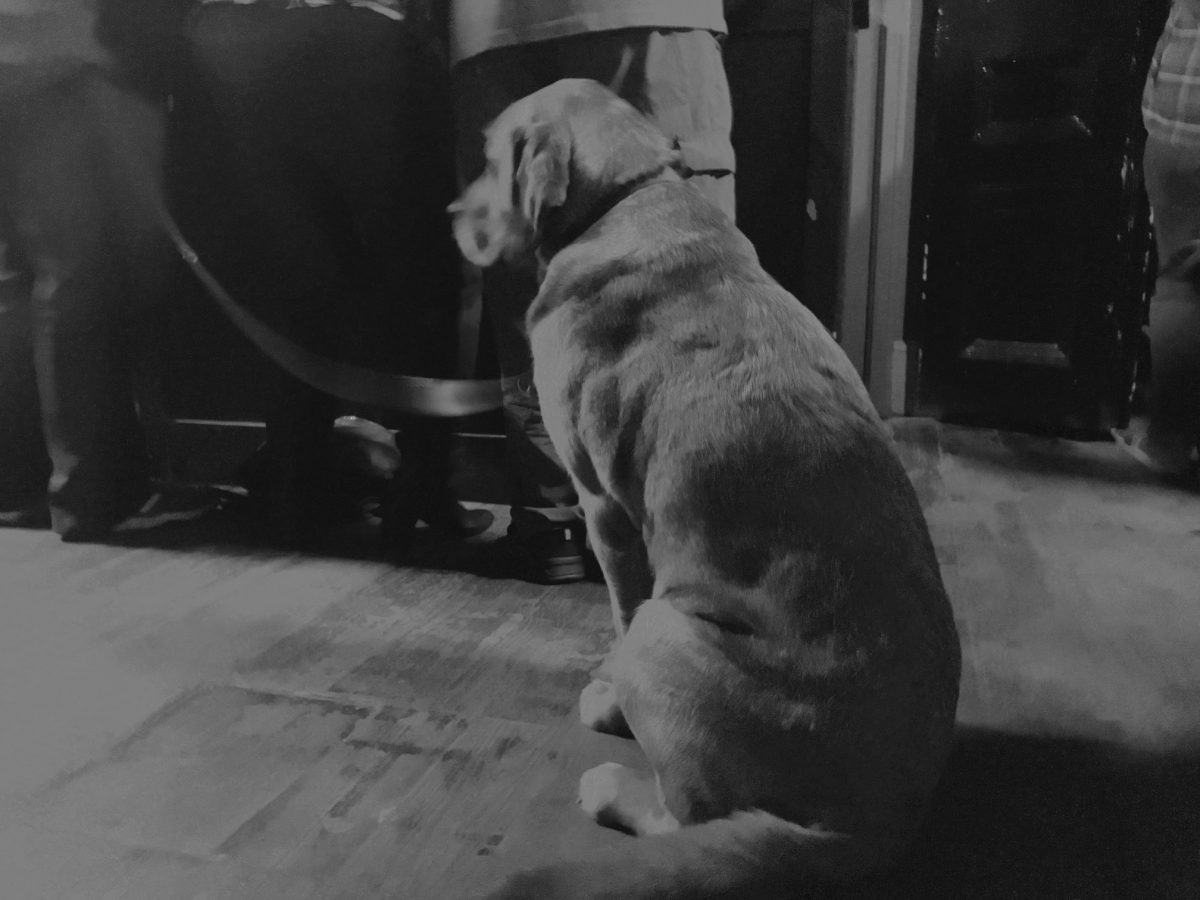 We wonder what the guide dog at the back made of it all.

Just a quick message to all those attending the Deaf School show in LIverpool tonight. YOU LUCKY BASTARDS. pic.twitter.com/8KbmV7YYGT 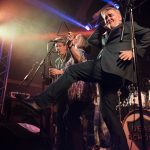 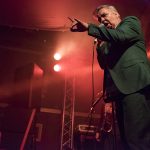 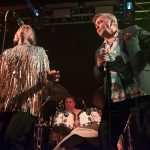 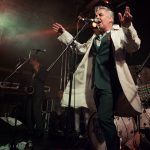 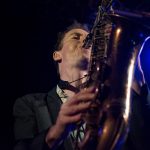 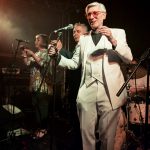 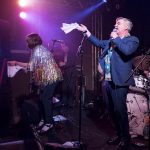 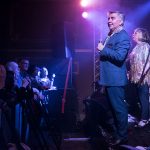 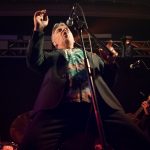 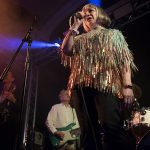 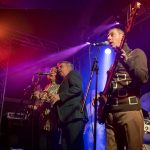 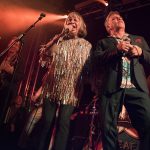