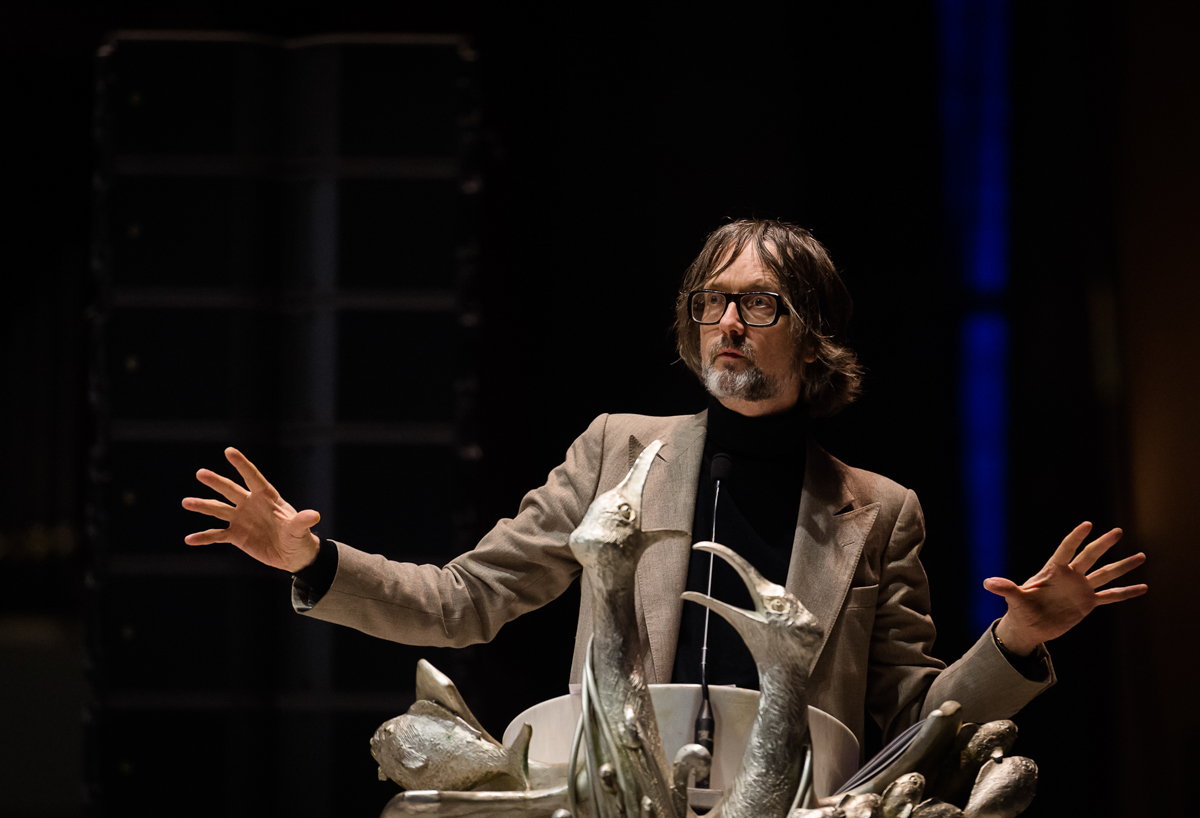 Jarvis Cocker, under the name JARV, has announced a set of tiny UK shows including a date in Liverpool’s Williamson Tunnels and Getintothis’ Lewis Ridley has the news.

Jarvis Cocker has announced a UK tour this month where he and friends will play seven dates in intimate venues including Liverpool’s Williamson Tunnels on Wednesday, April 4.

Cocker, former front man of Pulp, begins the tour in Brighton and finishes with two dates in Castleton, near his native Sheffield.

“Most of the songs are new but some will be familiar”, said Cocker as a flurry of fans awaited news of tickets details.

Cocker will sing in the band, while Serafina Steer will play on harp and keyboards, Emma Smith on violin, Andrew McKinney on bass and Three Trapped Tigers‘ Adam Betts on drums in what’s being called JARV.

Cocker appeared at The KLF last August where he performed a set at The Florrie, read what Getintothis’ Gary Aster had to say here.

The full statement from the band read:

“JARV is entirely implausible
JARV is a way of looking at the world
JARV is an acronym
JARV stands for something
JARV is louder than you might expect
JARV is two women & three men
JARV is up close & personal
JARV is troglodytic
JARV is a rave in a cave
JARV is a group
JARV is the next best thing
JARV is electric music
JARV is a work in progress
JARV is happening
JARV is ancient & modern at the same time
JARV is playing near you very soon
JARV is an experiment
JARV is a night to remember
JARV is a live experience with no barriers
JARV is
……& always will be.”

Update: Fans were tonight left second-guessing whether all tickets had sold out when they’d seemingly not gone on sale. We’ve discussed these issues at length in our secondary ticketing debate. Currently online ticket services are all showing messages similar to this below. 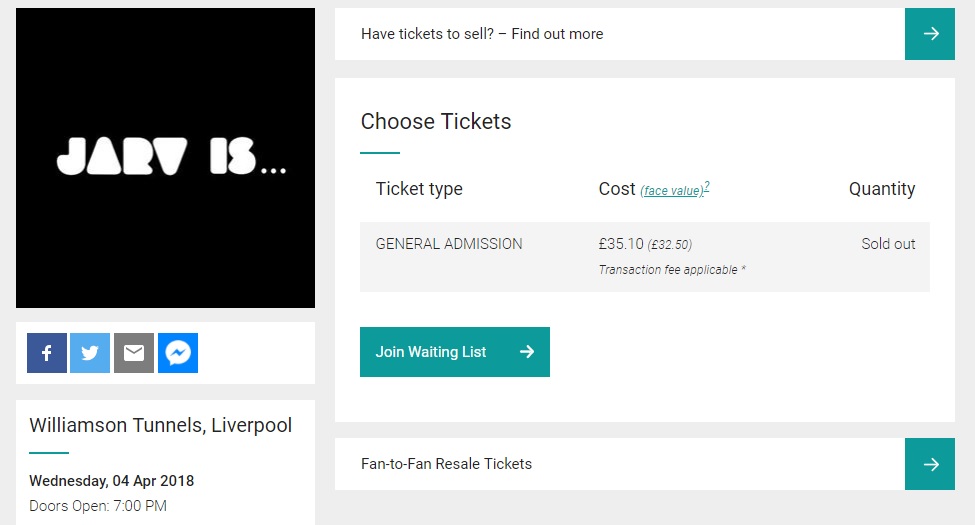