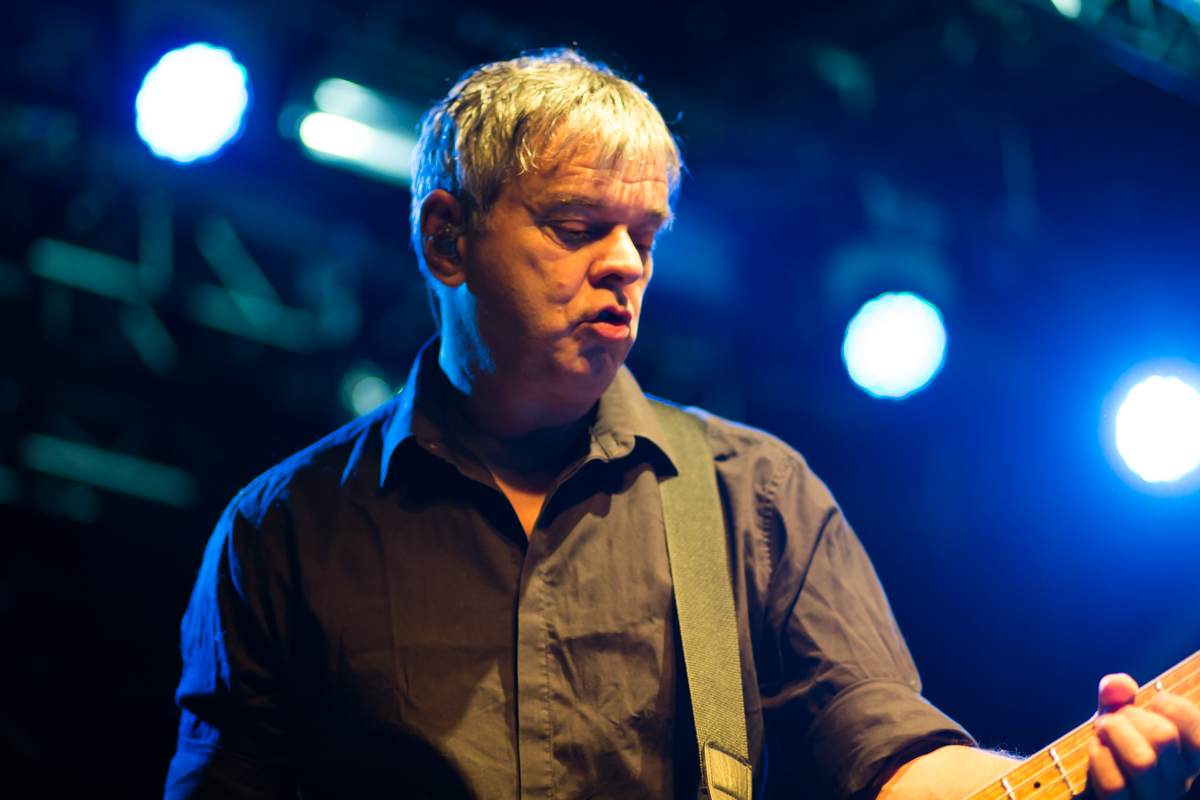 As punk survivors The Stranglers kick off their Definitive tour in Liverpool, Getintothis’ Howard Doupé heads to Liverpool’s O2 with both studded dog-chain and a defibrillator.

This is not going to be your usual Tuesday night gig.

Shuffling into the vast space of the O2-well, certainly feels like that when empty- there’s a strange sense that you’ve stumbled into some middle aged youth club. Hark back to your childhood and such thoughts might stir images of noisy wooden-floored community halls with kids running a-mock full of E-numbered additives from the tuck shop bounty.

On entrance, the O2 tonight is a sea of generic black t-shirted balding men of a certain age whose legs seem firmly planted where they stand. Forgivingly so, there is a stirring hustle n bustle though from the seemingly ‘token gig of the year’ crowd. Hmmm, something’s brewing here.

Certainly a large number here are the hard-core fan base whose allegiances may have many miles on the clock, but quite rightly know how good music from one of the most influential bands to have emerged in the 1970’s should sound and haven’t quite hung up their gig-going boots.

Tonight’s support certainly gets your rib-cage throbbing, Irish Alt-Rockers Therapy? From the dizzying commercial heights of their 1994 Mercury Prize nominated Troublegum until present day, they’ve put out a dozen albums, whilst remaining true to their punk ethos of hook-laden tunes with dark lyrics.

This is one nostalgic trip for this Getintothis reviewer- as a bright-eyed 15 year old lover of music, this band are responsible for opening the door to live music. They tear through a ‘greatest hits’ set of sorts the memories come flooding back. The moves, grit, attack and sheer volume. Knives, Die Laughing and Stories make appearances, with a beautiful brutally- shredded delivery.

Highlighting drummer Neil Cooper whose role is such a distinctive force of Therapy?’s sound. Not taking anything away from the other two crucial sides of the trio, singer Andy Cairns, the domineering stage presence whose voice hasn’t changed a bit and the ever energetic bass player Michael McKeegan.

With such classic tunes cherry-picked from their back-catalogue, Turn, Lonely, Cryin’, Only and Teethgrinder fans of the band were truly spoilt rotten. How they never managed to remain headlining shows this size themselves is a total mystery. Hooks, distorted riffs, pounding beats and energy.

Taking immense pride in announcing to Liverpool that ‘James Joyce is fucking my sister’ Cairns gives the ever faithful what they want to hear. As Screamager finishes this blistering set those unfamiliar have rightly been re-awakened to some classic tunes.

As 9PM approaches the increasingly eager crowd are wanting the lights, camera, action. Sudden plunging into red light, Waltzinblack through the PA, pint glasses raised high in choral union. The Stranglers go straight into (Get A) Grip (On Yourself) and those black shirted statues come alive.

Second song in 15 Steps and the crowd are throbbing. Song after song these three minute golden nuggets are ageless in the world of synth edgy art rock. Just remind me, oh yes apologies, I’d forgotten it was The Stranglers that wrote the guide book.

The faces of those singing along show a contented look of aged satisfaction. That these songs formed an embryonic manifesto of how to live your life by, and those who dared to believe have been redeemed with their years of faith.

The satisfaction of hearing Bear Cage and Nuclear Device (The Wizard of Aus) delivers spontaneous bouncing Cheshire cats to the ping pongy beat. There’s no let up on pace as Norfolk Coast continues the barrage on the ear drums. Bassist Jean-Jacques Burnel’s positively buzzing on tonight’s crowd- giving shapes during Peaches.

The pace momentarily lets up as Burnel suavely delivers Don’t Bring Harry. It’s desperately welcomed in the face of rising temperatures down the front, and we’re only 35 mins in.

A little bit of tongue and cheek banter cements the adoration. As one versatile heckler yells out, frontman Baz Warne replies “Sunderland cunt? Yer scouse twat standing in the dark with yer little black Doc Martins on with piss down your leg. Get fucked.” The crowd love it.

The juggernaut approach is quickly resumed the muscle gives way for more art-school originators in the form of Just Like Nothing On Earth and Hanging Around.

As Tank brings the main set to a close, someone’s hit the volume, ears need checking for blood. The slam dancing whips up as aged joints and middle aged bellies lead to awkward shapes thrown up.

For the bright eyed kids tonight, presumably dragged here by their enthusiastic fathers to hear ‘proper music’, they’ve left with an education on how to deliver art-rock swagger, successfully and continuously for over 40 years. Now go grab a guitar and see if you dare to create something anywhere near as defining, admired and more importantly long-lasting. 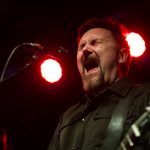 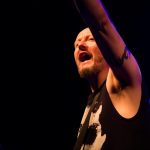 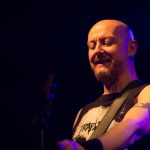 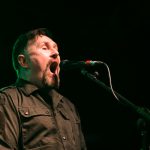 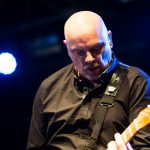 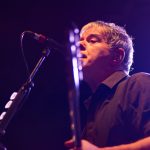 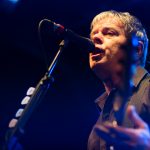 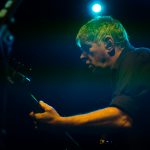 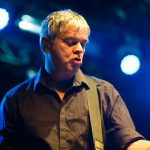 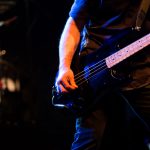 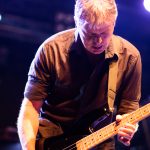 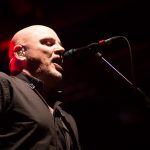 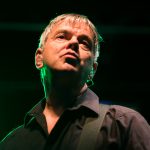 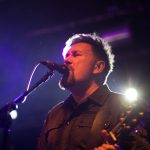