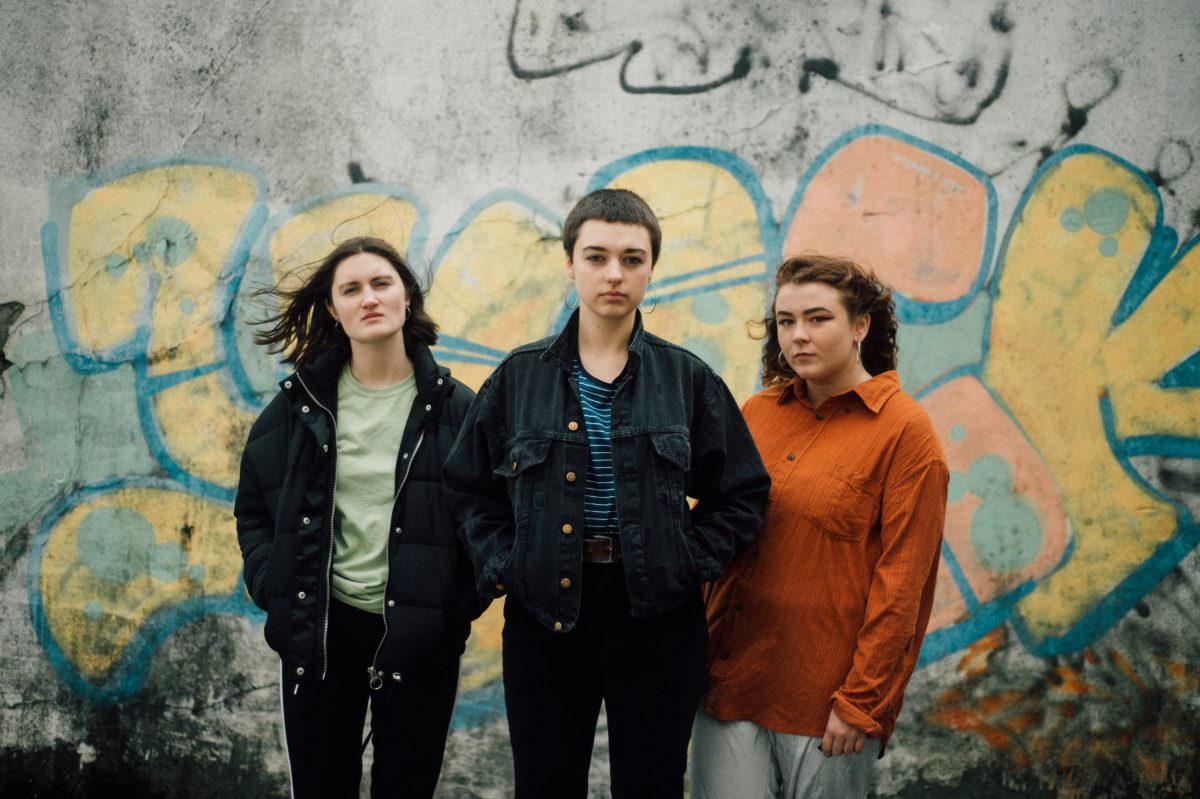 For International Women’s Day, Getintothis’ Cath Bore is smashing the patriarchy via the medium of song.

Feminism’s been on a rough and tough journey so far, with yet more bumps in the road ahead. The patriarchy won’t smash itself, there’s so much more work to do, and what better way to carry on fighting the good fight and speeding up the journey to equality for women and girls, but by listening to some top tunes containing fine, positive feminist themes.

The songs here carry direct messages or do the job via a more subtle route, but all are equal and valid, much like all women.

The majority of songs here are by women, cos it’s our day.

But there are biological male musicians and songwriters welcomed warmly into the fold.

Some are included because they have stepped up lyrically, or behaviour wise. While it’s acknowledged that women have been doing both these things for a longer time and more consistently, and been ignored/sneered at/punished for it, and we’re not in the business of rewarding men for merely stating the bloody obvious or doing what’s decent, the ones who have the honour of being in this Top Ten have either stand or stood alone, or had something to lose by doing the right thing.

The gentlemen in question have delivered in a non-macho and non-bragging way, which is also a plus. A bloke carrying out a feminist act then boasting about it kinda makes it about them. That’s the patriarchy at work.  And none of us want that.

It’s trendy to be a feminist these days, the #MeToo movement helping make it a respectable pastime, and there’s a lot of virtue signalling going on but with zero behaviour to back it up, so when any artist, female or male, supports equality, it’s very much appreciated.

This infectious earworm of a song from last year is a sugar sweet cake of a ditty, one thickly iced with fabulous feminist sarcasm.

Opening with “I love being a woman, sitting back being a second class citizen”, you kinda know what’s coming.

FEMME  has it all, equal pay (“The thought of unequal pay gives me butterflies”), catcalling, sexual assault, double standards over sexual activity (“She used to be so ladylike but now she’s getting out of hand”) and thigh gaps.

Glorious. No one’s messing with Adwaith.

How Men Are – Aztec Camera

“Why does it take the tears of a woman to see how men are?” Roddy Frame asks in his hit song from 1987. And it’s a fair question.

The lyrics tell us how it was – and still is. It wasn’t trendy for 23 year old men to talk about respect for women in pop songs thirty one years ago, so brownie points are earned for that. Plus, the video. Oh, the video.

Roddy features, as cute as a button, with a shiny gold  guitar in his arms, and of course we’re happy about that, but the bulk of the film is of women, all ages and body shapes – much like Adwaith’s video.

Women are the stars here, and it’s wonderful to see.

The 1975 here represent  all the bands and artists who embrace teen girl fandom and aren’t embarrassed by it or concerned with seeming uncool because girls freak out at their shows.

There’s a long list to acknowledge, too many. Off the top of our heads, Harry Styles gets a mention for consistently having a band with 40% female musicians (although there’s room for improvement there, Harry), Wham! for playing the notorious 1984 miners’ benefit at London’s Royal Festival Hall, teen girl fanbase bopping away underneath the sniffy noses of the Style Council fans and not giving a flying flippety flop what anyone thought.

The 1975’s Love Me  video was directed by Diane Martel, and it’s rather, refreshingly, female gaze-y. Plus we’re not 100% sure, and don’t want to shock you, but we don’t think Matty Healy is wearing any underpants.

Buffy Summers, the petite blonde cheerleader with the fluffy, airy name who in her spare time slayed vampires and stopped a dozen apocalypses, is one of the  greatest feminist heroines of the 20th century. Buffy the Vampire Slayer smashed many myths, and although a fictional character she may be, encapsulates so much of what teenage girls and young women are capable of but don’t always realise themselves.

From 1997 – 2003, the lifetime of the show, she was both brave and physically strong but openly vulnerable, and shouldered the burdens carried by women of all ages, from falling in love with an abusive man (we’re talking about you here, Angel), to having sudden caring and unexpected responsibilities –  Buffy sacrificed her university career to look after her younger sister Dawn when their mother died.

The theme song to the programme is an instrumental by California geek-pop-punk band Nerf Herder.  It had the working title Outer Space Rock, but later on was handed the rather more modest Buffy theme.  The tune is slightly naff and ever so cheesy, but fits Buffy the Vampire Slayer perfectly.

Here we have Scott Walker in 1969, on his much feted Scott 4 album.

Duchess is such a beautiful, simple song it’s easy to get distracted by the prettiness of the melody and that smooth, warm baritone, and miss that here he is writing and singing about menstruation and the female orgasm.

The words are of dark romance, as with Walker’s first four studio solo albums, the duchess thing is a little bit Madonna-whore-ish, but credit where it’s due.

Granted, the album sold very little and was deleted soon after release, few enjoying it in full until it was reissued in the 1990s, but it’s heartening to know our hero was writing about women’s orgasms at a time when lots of men didn’t believe such happenings existed.

I Picked a Flower – The Pastels feat. Jarvis Cocker

Here we have the tale of a woman lured away from a sloppy careless lover and into the arms and ‘big brass bed’ of Mr Jarvis Cocker.

Sounds very much to me like the woman in question was satisfied with her choice in the end.

It should serve as a warning to any men who may be putting his own pleasure ahead of his beloved.

This is from 1992, yet what TLC are saying here is, depressingly, still valid here in 2018, as #MeToo gains pace and power.

The band were inspired by 15 year old Tawana Brawley who in 1987 was found in a trash bag, with racial slurs written on her body and covered in faeces.  Her story of sexual assault was not believed; TLC wanted to tell everyone about it. And now, everyone knows.

Til It Happens To You – Lady Gaga

The message “the following contains graphic content that may be emotionally unsettling but reflects the reality if what is happening daily on college campuses” kicks off this video.

In 2015, 23 years after TLC’s His Story, Lady Gaga needed the world to know about rapes on college campuses across the US.

Rapes ignored and victims not being believed. Still.

A big part of the #MeToo movement has been, and still is, that men need to shut up for a minute and listen to what women have to say.

We don’t want to hear “not all men”, or “but…hen parties are badly behaved too blah blah, blah”.  Men need to LISTEN. Ms Janelle Monáe here puts it very eloquently: “hit the mute button…let the vagina have a monologue”

R U A Feminist – Breakfast Muff

This is from Glasgow’s – if not the world’s – most magnificently named group. And as lots of us enjoy a spot of breakfast muff, especially on International Women’s Day, including a song by them was a no-brainer.

R U A Feminist? It’s a bloody good question. What does make a feminist, or a feminist ally? Calling yourself one and not doing anything to back it up falls short, I’m afraid. You have to do more than that.

This song, from Breakfast Muff‘s 2017 album Eurgh!, is a two and a half minutes dos and don’ts lesson in feminism.

“You’re a feminist until I won’t fuck you” it starts, and goes on from there.  The song gets more violent as it progresses, because misogyny is inherently violent in nature. We suggest you listen and learn right to the end.

And have a fabulous International Women’s Day!