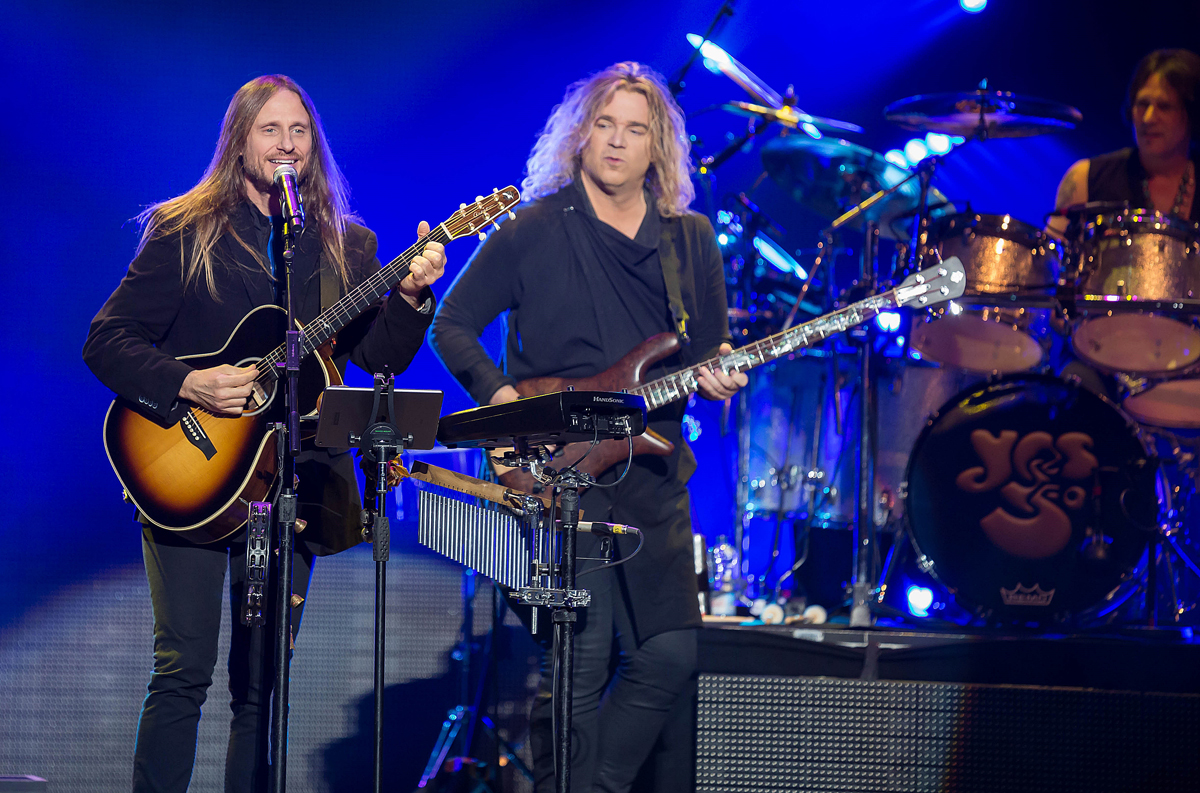 Is it nostalgia, a desire to mark a milestone achievement, a fear that there may not be too many more to come? Or simply another chance to see a favourite act?

Whatever the motivation, a Philharmonic Hall full of fans has been drawn to the Yes 50th Anniversary show on March 23. We feel something of an interloper in this crowd, a gatecrasher at a family party, having only started listening to prog this year as an experiment. There are probably people here who have followed the band for the entire 50 years, whereas we have only been listening to them in depth for less than 50 days. Nevertheless even as a newcomer it’s impossible not to be buoyed along on the waves of genuine warmth flowing between band and fans.

The lights go down and Stravinsky’s Firebird Suite plays to build anticipation. Then Yes emerge and launch in to two numbers from 1971’s The Yes Album, Yours is No Disgrace and I’ve Seen All Good People, lashing out some seriously joyous power across the crowd before pausing to say hello. The band marking its half-century features long-haul players Steve Howe (guitar) and Alan White (percussion), whose early-70s vintage means they have been there for virtually the whole ride; Geoff Downes (keyboards) and Billy Sherwood (guitars, bass) whose Yes careers span multiple decades; with relative newcomer Jon Davison occupying the upper register to take the vocalist role. We count at least 104 years of Yes experience on the CVs of the men on stage. White however is replaced by Asia’s Jay Schellen for most of the show due to injury.

The set continues mining the rich seams of the band’s seventies catalogue, from Sweet Dreams (1970) to Wonderous Stories and a jaw-dropping version of Parallels from 1977. Yes are impressively – incredibly impressively – tight and sharp. They somehow maintain a lightness of touch even in full majestic epic mode, creating energy and fun whilst negotiating the complexities of the most arcane compositions.

This is unequivocally a celebratory event – maximum job satisfaction on stage, maximum appreciation out in the seats.

It’s not the kind of show that gets an edge from the unpredictability of audience reaction – there’s a standing ovation after virtually every song; people are continually grinning; there are some tears. But the evening isn’t just a victory lap performance of a beloved back catalogue: there’s a freshness to the performance and the playing creates moments of high emotion.

Even we, the prog neophytes, find ourselves choked up at (of all things) a bass solo: Billy Sherwood using the instrument to create a delicate soundscape that seems to stop time, here in the art deco shell of the Philharmonic.

The second half comprises two and a bit of the LP-side-length tracks from the divisive classic Tales from Topographic Oceans. These lengthy pieces, painstakingly assembled back in the ancient days when the album was recorded, are like strange artefacts, still in working order despite their insane intricacy.

Tales is a curious work, conceived as an exploration of a spiritual cosmology, perhaps the epitome of prog profundity. This performance feels more like an affectionate virtuoso re-creation rather than a journey to enlightenment, but that’s OK.

For the last track a trilby-wearing Alan White returns to the kit. The on-stage family is complete. We reach the metaphysical climax of Ritual: Nous Sommes du Soleil, there’s an outbreak of dancing, an exuberant encore of Roundabout and Starship Trooper peaks out the evening, and we’re done.

This affectionate, unique ritual has been completed.

End of part 1. I cannot believe how awesome this is. I’ve cried less at a funeral. The best I’ve ever seen Yes without Jon Anderson – attending YES 50th Anniversary at Royal Liverpool Philharmonic https://t.co/4xFGepmBJJ 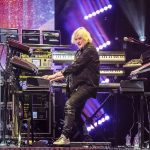 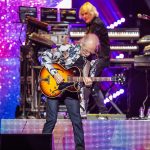 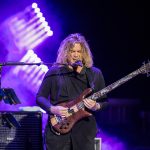 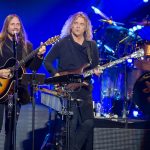 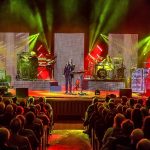 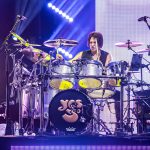 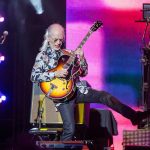