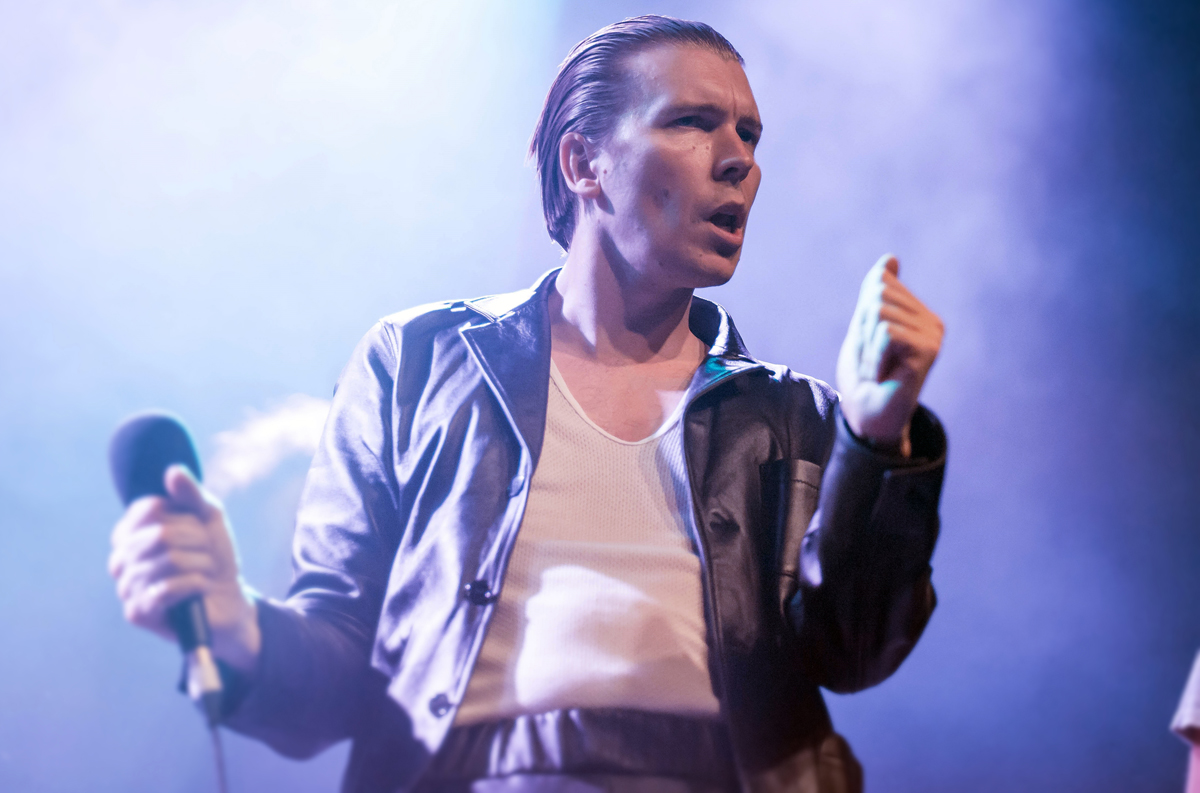 Alex Cameron returns once again to Liverpool and Getintothis’ Matthew Eland was there to soak it all up.

It doesn’t matter if you’re a singer, chef or drag queen, there’s a reality show to determine your place in the hierarchy of success. You’re either a winner or a loser.

And of course, if you’re going to to be a loser, then you should at least have a water-tight sob story to fall back on, to blur the line between wanting and deserving. Or better yet, you should base your whole schtick on the concept of failure; that way, you can never lose.

Which is exactly what Alex Cameron has done. Of course, this can be slightly jarring when you’re writing songs for The Killers or going out with one of the girls from Girls. It’s like Silicon Valley tech execs doing TED talks on the benefits of failure after the blacked-out windows of their air-conditioned buses have been smashed by anti-gentrification campaigners with pellet guns. And that’s not the only off-kilter, troubling aspect of the persona that Cameron has created; that of a man who keeps “money in the bank, pussy in the bed”, who is grooming 16-year-old girls on the internet.

But first, Cameron‘s bandmate Jack Ladder starts things off. He’s like a massive, Australian version of Chris Morris, with a back-combed mane threatening to but never quite falling into his eyes. The big man moves with an opiate langour and sings with a deep, Nick Cave croon. In fact, he ambulates as if he’s had some kind of back injury – with a deliberate, tender slowness – and he refers to having spent the past two months sat in a car. I’d get yourself checked out mate.

Like the headliner, Ladder‘s lyrics flirt with transgression and tussle with taboo. One song is a “love song” about “kidnap”, in which the narrator complains about having no more fingers left to cross because they’ve all been cut off. But then again, another is about being given a pair of sunglasses as a present, for which Ladder dons his mother’s cataract specs, so maybe it’s not all death and dismemberment.

After a quick changeover, Cameron and band come on. He’s dressed in a black faux-leather tracksuit, the top open to reveal a strained-looking white t-shirt. He prowls around the stage licking his teeth after each line, looking for all the world like Christian Bale in American Psycho.

Meanwhile, saxophonist and “business partner” (as he is frequently referred to) Roy Molloy, with his curly hair and shaggy beard, is dressed like an amiable spark, with his jeans securely hitched up to his navel. He even gives a lengthy “stool review” a couple of songs in, while Cameron sorts out his guitar. (Stool review being a review of his chair, by the way; nothing to do with bowel movements.)

Of course, Alex Cameron is an act.

One designed to satirise the kind of scumbags he writes about. But the content skirts pretty close to the edge – if you didn’t know the backstory, if your only context was the song itself, then you’d be tempted to conclude that Cameron was a Grade-A knob.

Add to this everyone on their smartphones, the relentless curation of image and construction of identity, the eighties-style dancing favoured by the majority of attendees (which hasn’t been seen out of a Bruce Springsteen video since 1984); it’s an overload of irony. Which is the point, but it’s too much meta-fiction for this reviewer.

For what it’s worth, Alex Cameron is a decent singer, a good performer, and the tunes have enough depth to warrent further investigation. He finishes with Take Care of Business, a gloomy synth-pop ballad and standout from his first album, which ends with Cameron singing “I ain’t half the man I wanted to be” as the keyboard lines scintillate around him. Even though (or perhaps because) the song seeeeems to be about killing “yelping pups” by a damn “below the house”, for a moment the mask slips, and sincerity shines through. 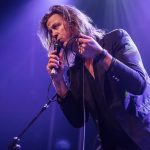 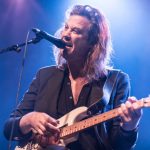 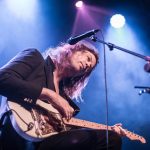 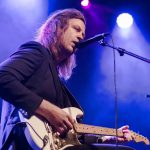 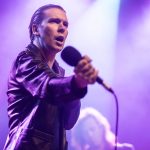 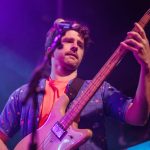 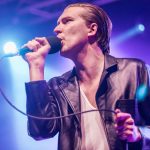 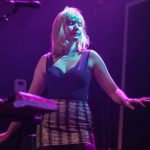 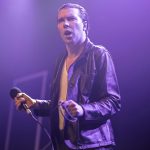 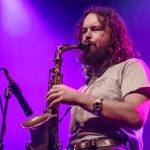 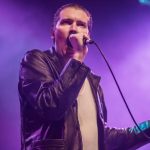 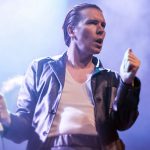 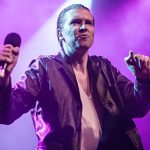 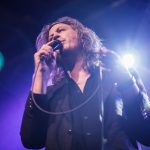