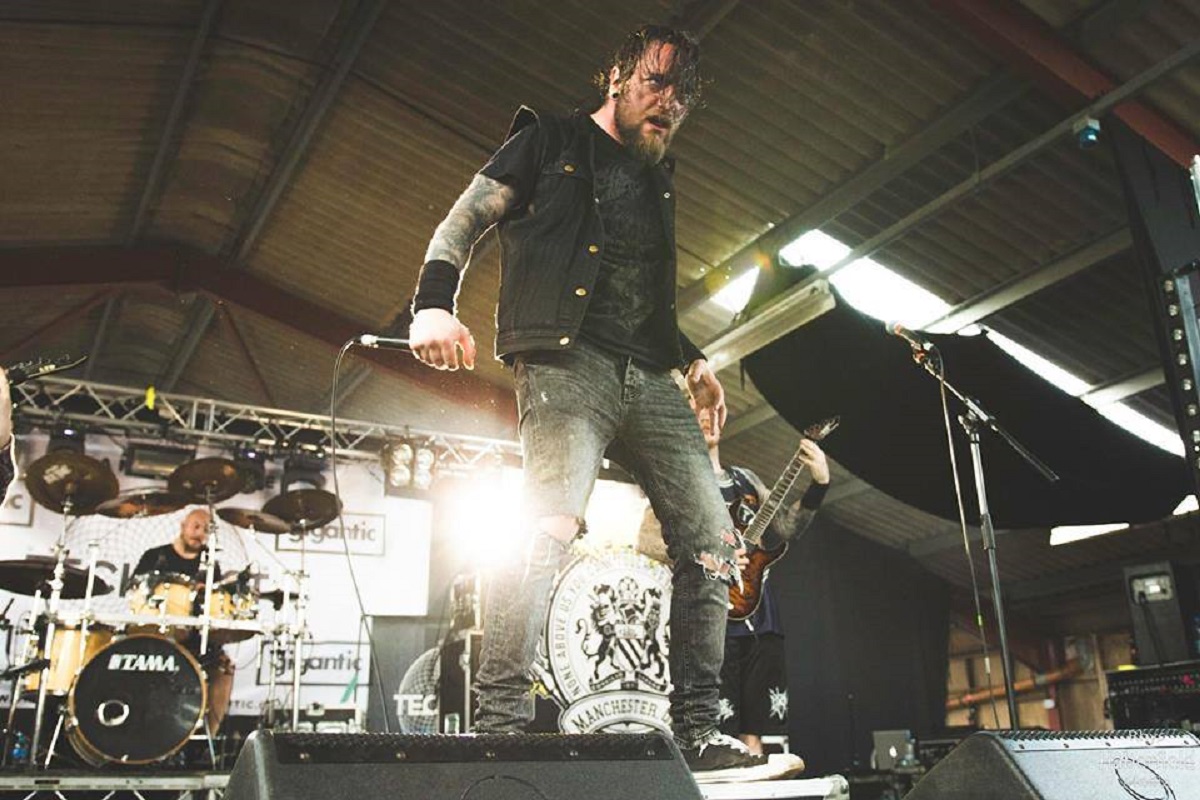 Gateways to Hell, demonic stereo systems and the greatest metal horror movies ever as Getintothis’ Ned Hassan brings us all things heavy this April.

‘Everything your parents ever told you about rock ‘n’ roll just might be true’ warns the trailer of John Fasano’s hilarious cult video horror classic Black Roses which celebrates its 30th anniversary this year.

The film focuses upon the fictional metal band, The Black Roses, who choose to embark on their US tour by playing several shows in the sleepy town of Mill Basin. Unbeknownst to the good folk of Mill Basin, The Black Roses are actually demons hell bent on converting the town’s youth into Satan worshipping monsters. Attendance at each Black Roses concert increasingly corrupts the central youth characters who proceed to engage in delinquent behaviour, before eventually murdering their parents.

In common with other heavy metal horror films of the mid-to-late 1980s such as Trick or Treat (1986) and The Gate (1987) metal music becomes a conduit for evil in Black Roses.

In a scene that every metal fan has to see before they die, the father (played by Vincent Pastore – who would go on to be in The Sopranos) of troubled teen John finds himself eaten alive by a demonic stereo system. That’s right, poor Vincent pays the ultimate price for telling Tony to turn Lizzy Borden’s (awesome) Me Against the World off.

When the song continues to blast out even after he has turned the stereo off, he inspects the record turntable only to find that the spinning vinyl disc has distorted into a monstrous form with bulging black flesh.

Glancing up he realises that the speaker has undergone a similar transformation and he is powerless to prevent a spider-like alien monster from attacking him, wrapping its jaws around his head and devouring him through the speaker. The speaker belches in satisfaction over its substantial meal and Tony is now free to play his metal as loud as he wants!

Despite their clear sense of humour, the heavy metal horror films of this period were of socio-cultural importance, particularly for US youth. In essence, these films satirized moral panics about the heavy metal subculture.

In the face of high profile media campaigns led by the Parents Music Resource Center that constructed metal as a corrupting influence, films like Black Roses and Trick or Treat poked fun at the moralizers by taking their claims to their logical conclusion and representing metal as a malign force steeped in Satanism and the occult.

During a historical moment when Californian mental health facilities were willing to hospitalize young people for their tastes in metal music and probation services were ‘de-metaling’ young offenders by confiscating albums, heavy metal horror films shed light on the ridiculousness of the debates.

Along with cheap paperback horror novels such as The Kill Riff (1987) and Stage Fright (1988), these popular films and video titles arguably enabled many young metalheads to reflect upon the demonization of their culture and recognize it for what it was – a smokescreen to cover up for the many ways that Reagan’s America had failed its youth.

So let’s rip with the greatest heavy metal horror films of all time….

Other than the aforementioned Black Roses, these three are guaranteed to turn you into a devil worshipper.

The most high profile of the heavy metal horrors, this one had decent box office success in a year when horror films dominated the charts.

It follows Eddie, an alienated metal fan who gets his revenge on the jocks bullying him in high school by listening to instructions in the backwards messages in the music of deceased Sammi Curr.

Eddie unwittingly resurrects Curr who turns out to be a demon who can control electricity. Featuring cameos from Ozzy Ozbourne and Gene Simmons, as well as a kick-ass soundtrack from Fastway, this one has it all.

This small budget horror actually did good business at the box office for the time.

Terry and Glenn are two kids whose parents are largely absent. Left with time on their hands they accidentally open a gateway through which demons can enter our world.

But, never fear, because album sleeve notes from the fictional metal band Sacrifyx give the boys the specialist knowledge they need to understand and eventually close the gate to the Hell-like world that they have inadvertently opened, saving Glenn’s sister and his family home.

A contemporary homage to heavy metal horror films of the ‘80s with a wicked sense of humour, Deathgasm delivers the goods on all fronts.

Featuring a blazing soundtrack from the likes of Elm Street, Ihsahn and Bulletbelt, it depicts burnout teens who form the band Deathgasm. When they steal a piece of sheet music from a deranged former rocker and try to perform it they get more than they bargained for as they end up summoning an ancient entity that turns everyone in their entire town into ravenous demons.

Staying with the overall theme of this column, our album of the month is Acid Witch’s Evil Sound Screamers, which was recently released on CD and is now available on Spotify.

This is the third full-length album from these heavy metal horror afficionados and it is the follow-up to their delightful Midnight Movies EP. While the guitar hooks in this one are not as immediately catchy as 2014’s Stoned, once this record gets its full claws into you it is more satisfying.

The album rewards those who listen to it in one sitting. The various intro sequences meld with their infectious brand of psychedelic death-doom to create a listening experience that is the equivalent of taking hallucinogenic drugs whilst riding on a rickety ghost train. With standout tracks like I Hate Halloween, Cheap Gore and the disturbing Nightmares in a Damaged Brain  this is one that, to paraphrase Krusher Joule, you should raid mummy’s purse for.

By the time you read this column, those sick fiends from Ingested will have violated the eardrums of all in attendance at their EBGBs gig. If their recent single, Invidious, is anything to go by, their forthcoming album The Level Above Human due out on April 27 on Unique Leader Records could redefine the brutal in brutal death metal.

Right, let’s end this month’s festivities by looking at what’s coming up on the live front.

On April 28 EBGBs is once again the place to be as they host Liverpool metalcore luminaries Carcer City and a whole afternoon’s worth of the cream of local talent from the likes of Exhumation and Antimony.

Merseyside metal fans are spoilt for choice on that day because it also sees Deified’s Inhuman Manifesto EP launch party at their favourite bar, Tank, in their home town, St Helens. Daybreaker and Skeletal Damage are the support acts for an event that, on the evidence of the EP tracks they’ve teased, should be colossal.

Finally, Deathwave Entertainment continue to do a mighty job of hosting Bloodstock’s Metal to the Masses Competition and the next round takes place in EBGBs on April 20. Be sure to get along there to support your local scene and sustain the future of metal in the region or we may be forced to bring The Black Roses out of retirement…