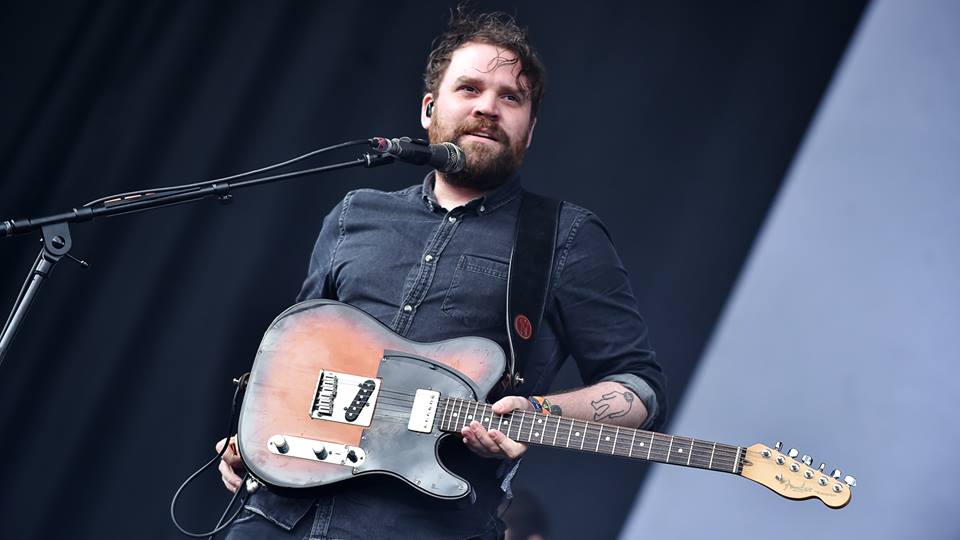 As the music world slowly gets to grips with the death of Frightened Rabbit singer Scott Hutchison, Getintothis’ Howard Doupé shares his own tribute.

It’s been many, many years since I’ve felt this way towards a tragedy of this nature. There’s this hole you see, one that’s been a part of me for as long as I can remember. There must have been a time, when it existed as a mere small crack, just a seamless line in its origin. A slither so fine that it’s beginnings seem unfathomable to pinpoint, futile to even attempt to define.

I can all too well recall the feelings of loss and grief, welcomed in at all too young an age. Intertwined with personal experiences, the death of Kurt Cobain exasperated the emotions, only serving to maintain the sense of grief by giving form to a wider understanding of a personal struggle.

And now these feelings emerge once more. The ugliness of it’s mental form- the burrowing nature of it’s reach never fail to extract the gut that resides in us all. It’s there, festering, waiting patiently for it’s chance to exercise it’s right to wreak havoc on our consciousness.

But why now? Why this musician? Yes, Frightened Rabbit are surely just another guitar band? Some may have even glossed over them, dismissed them as just one in a saturated musical landscape. Those who didn’t know what Scott Hutchison’s contributions to their lives meant. Why this band unlike many before them, manage to resonate so much deeper than most. Here, let me try and explain: simply, these sort of bands don’t come around that often.

This is one of those times. I’ll never forget my first encounter with Frightened Rabbit. As it so frequently happened a CD was burnt around 2008- recommendation from a mutually enthusiastic musical friend. Initial thoughts, naff name, let’s see if they actually sound as bad. What I failed to foresee was its depth.

My Backwards Walk was my gateway track, and still one of my favourites. It grabbed me instantly. Lyrically, absolute genius. As a songwriter, it’s the kind of song I was envious of the ability to create. Its sheer brilliance is in the narrative. There’s no usual verse, chorus, verse. Instead traditional formats give way to an outpouring of emotion. It’s a story, a journey. It’s a conversation with an old friend, as one tries to understand and process the difficult time he’s gone through, going through and can’t get out of.

As the song builds you can hear the emotional wreckage creak and groan under the pressure of heartache. Are we listening to a three minute ‘doom and gloom’ ditty? Is this really something meant for public consumption? Surely, this can’t be based on real experience? It’s one of those rare songs that stops you in your tracks. The weight of emotion is overwhelming.

As a listener, I remember being instinctively filled with a sense of frustration. That through this one way conversion I was robbed of that opportunity to help as you may someone you actually know. To respond, to offer advice, comfort, reassurance. Not even the most simplistic of supportive gestures ‘let’s get a beer mate…’ This is what any decent human being does when those they love are hurting. The secondary emotion: a sense of guilt that our gain was at the cost of another’s pain. But as we all know, art and depression often have this dangerous relationship.

The level of masculine fragility on display, through the whole of The Midnight Organ Fight is extremely rare to find in the modern consumerable musical landscape. Yes, there are plenty of examples down the years. The artistic landscape is littered with troubled souls. However, the music industry in the modern age does so well in shielding vulnerabilities, on the whole from public sight. The real reason is less cloak and dagger and all too clear to now see- so few have the depth of perception and humility required not only to dig so deep, but the unimaginable courage and bravery it demands to share it with the outside world.

Scott Hutchison was that hugely courageous soul. Here was a man who created his art as it should be- an extension of himself. Always a significant element through every release put out are the life experiences and the real feelings and emotions that blessed and cursed him. Re-reading the track list of that said album it’s just so unbelievable to recall Floating In The Forth was a concept devastatingly wrestled with for so many years. The chilling self-premonition of suicide-found not just here but on later albums- is just too heartbreaking to listen to and may forever more be.

This is why so many are resonating with the feelings of grief for the loss. Everyone who found a common thread in the issues Scott explored is hurting at the moment. There’s a huge amount of sadness, but maybe guilt lies there too. Guilt that somehow the ultimate price was paid for the validation that came with our shared experiences. That the all encompassing issues that proved too strong to live with any more always were far too much for a perceptive and sensitive soul to endure. We all took solace in our collective hearts in the artistic output, but the price was so unfairly set.

My one brief encounter with Scott, only mere weeks ago left an impression echoed repeatedly in online testimonies over the last two days- a kind, generous and humble human being. Scott Hutchison lost his battle with life long before he should have. What he has left is music drenched in human spirit; five studio albums, one solo as Owl John and another under side project Mastersystem released only last month.

If we are to take any comfort, may it be from his final one way conversation tweeted last Tuesday, ‘be good to everyone you love’, not forgetting that in that ‘everyone’ includes ourselves.

No one should ever feel they have to suffer alone. There’s always someone who can help, here’s a few suggestions: