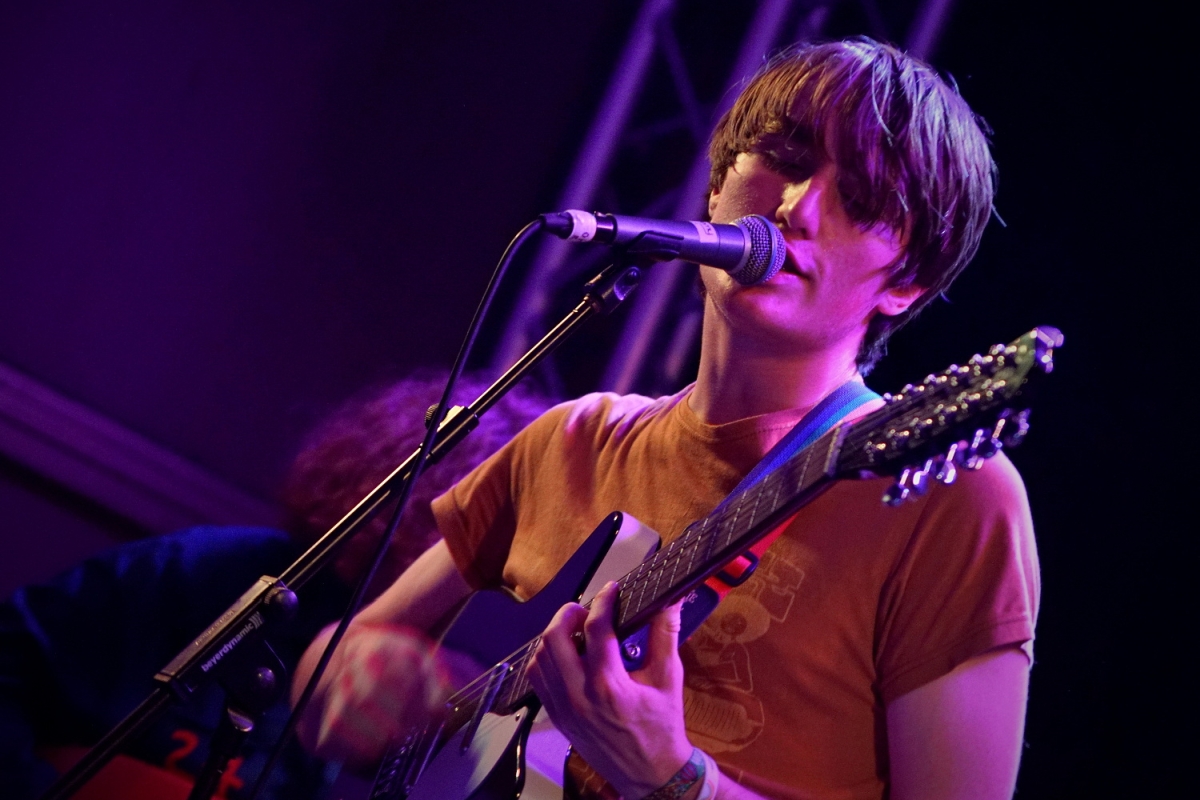 The longest day is behind us, so Getintothis’ David Hall storms the beaches of summer on the downhill slope from the solstice.

What have we got in store this week? Well, without wanting to spoil anything that lies ahead, something for everyone.

We’ve got gigs that people will have been awaiting for months. No more so than our first pick, a massive arena date postponed from a while back. Those tickets will have been burning a hole in some Scousers’ letter racks. Skip on ahead to find out what that is.

Most welcome is a black metal behemoth who are arriving to burn some churches. Just kidding, y’all. But read all about which ethically-minded act are rewriting the ethic and sound of black metal. You’ll see them on Merseyside this week.

Not only that, but we’ve got local favourites, global stars’ side projects… and of course a World Cup tie in. What would this week be without it? 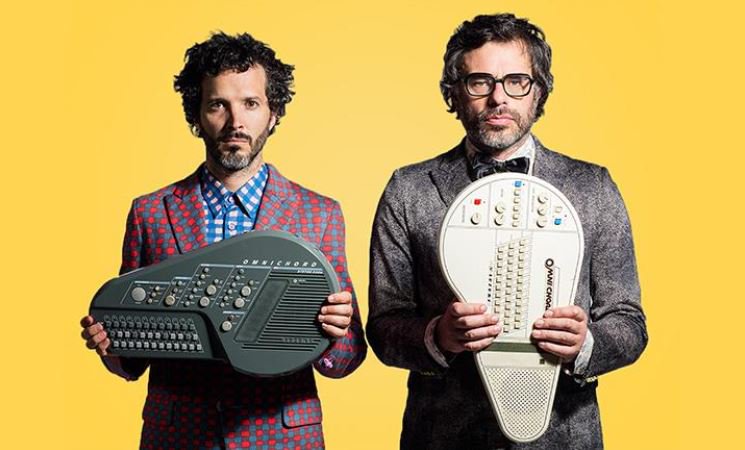 Appropriately enough for the comedy two-piece, this show has been rescheduled from April 1. One half of Kiwi duo Flight of the Conchords Bret McKenzie sustained what he called “a very rock ‘n’ roll injury” in the weeks preceding the original date, when he fell down a flight of stairs, breaking two bones in his hand.

Now fully mended, McKenzie and comedy foil Jemaine Clement hit the Echo Arena. If you’ve never seen the Flight of the Conchords TV show, it takes more explaining than we have room for here. If you have, well, you’ll probably be at the arena. 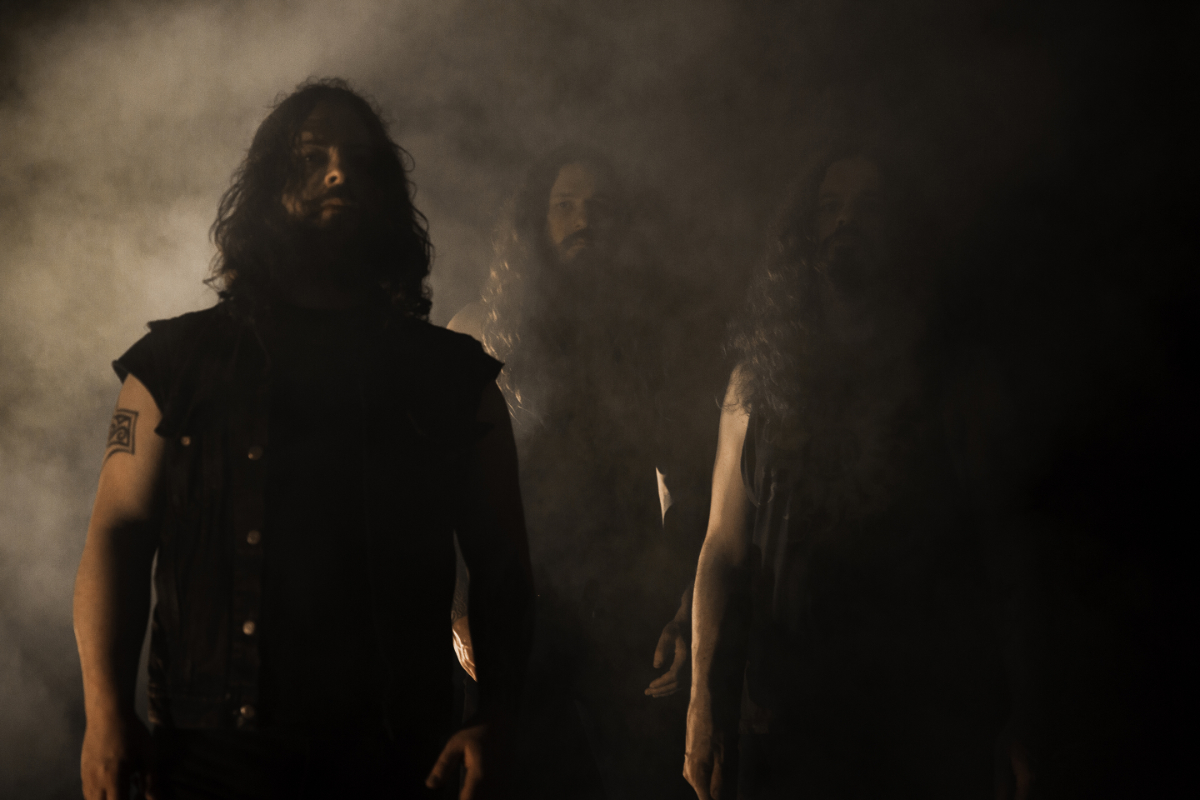 Following the announcement of this massive coup from Bam! Bam! Bam! and We Love Live Events, several months ago we were right onto this one. Now Washington state eco-metallers Wolves In The Throne Room are set to hit Merseyside, and we couldn’t be more excited.

Following the release of their latest album Thrice Woven, the black metal three piece bring the noise in their monolithic live show to Liverpool. Fifteen years into their brutal reign, Wolves In The Throne Room have just dropped their sixth studio album, and are bound to hit the docklands with a blistering midweek night out. Support comes from WODE and Dawn Ray’d. 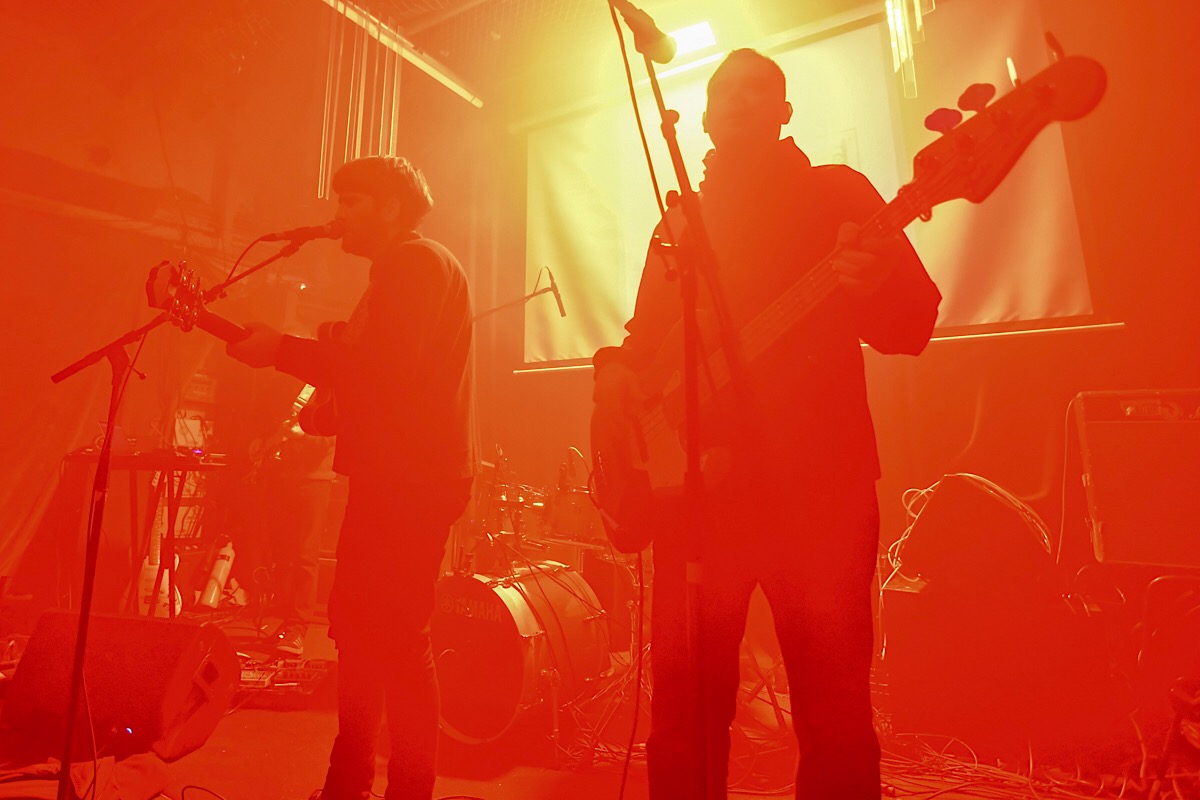 Back with another of their gigs/late night raves, Tea Street hit the docklands. Get your weekend off to a correct start.

Support comes from Beyond Average and Josh Goddard, plus Rubix DJs and Modern Sky Sound System. Tickets are £10, and the event kicks off at 7:30pm until late. 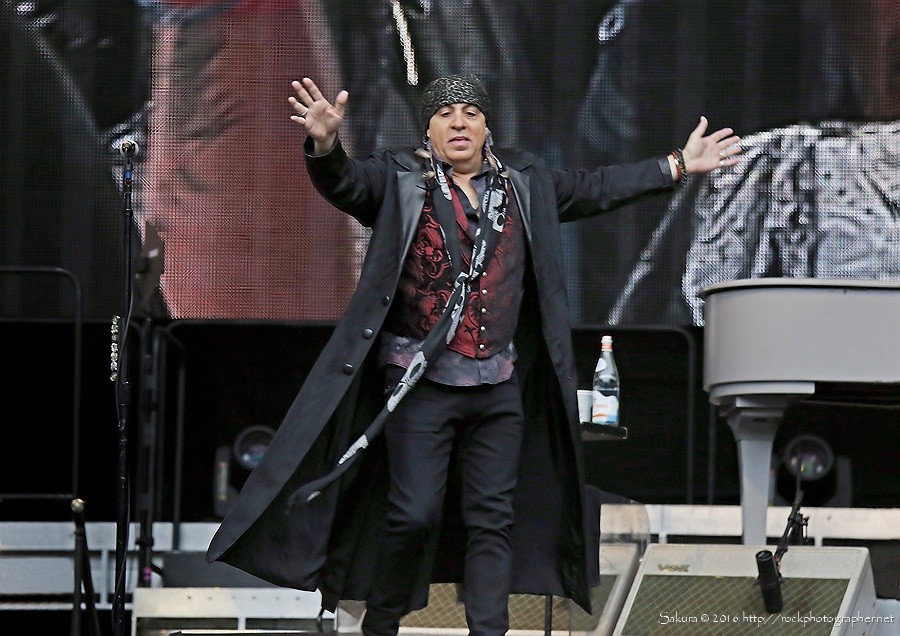 That time he played an exclusive lunchtime session at The Cavern. No word on whether there’s a repeat of that just yet. But the E Street regular will be playing his solo material at the O2 Academy this weekend. 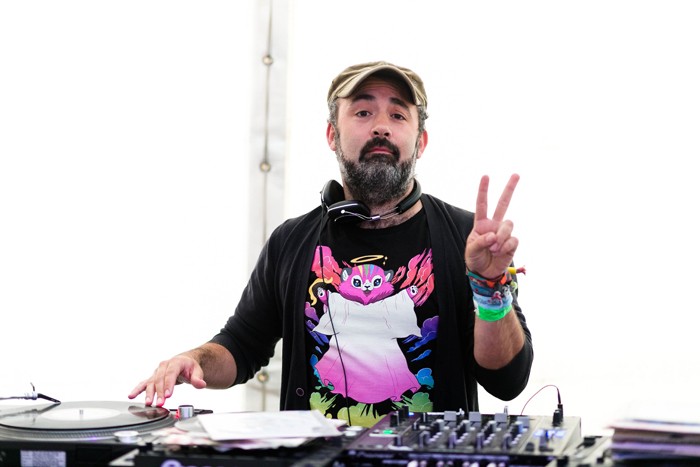 The Art of Football exhibition in the Baltic Triangle continues apace! Companion of the World Cup, a day of music takes place in Constellations this weekend.

Disco Socrates (celebrating the life of the impressively ‘froed anti-footballer and activist) features live sets from Nigerian Wayne Snow, France’s Oko Ebombo, Rozzma from Egypt and Iranian Lakiesha Goedluck. There will also by DJ sets from the likes of Andy Votel’s Subtrópical Psychout, Anti Social Jazz Club, Melodic Distraction and Radio Exotica. All of this accompanies film screenings and much more, including screenings of the first two Round of 16 World Cup matches.

For some bitesize niblets you might want to graze on, check out this weeks’ menu of Getintothis‘ Gigbites. 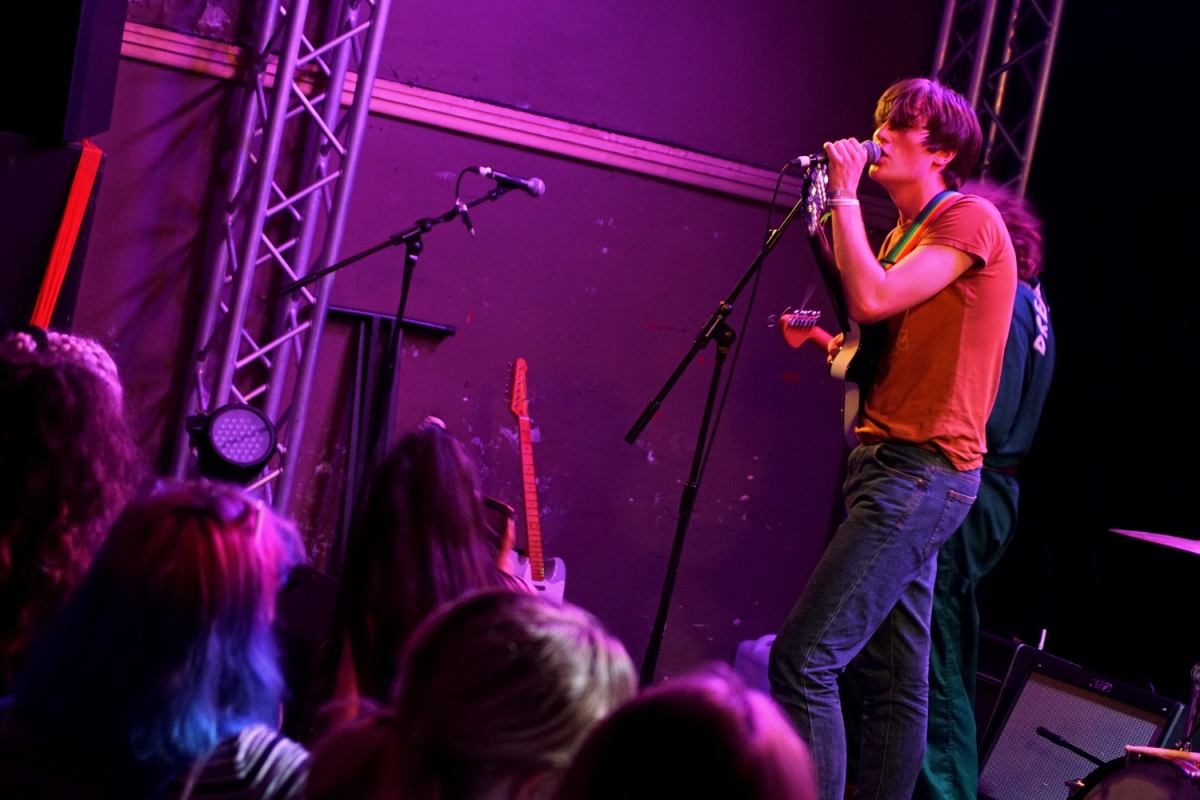 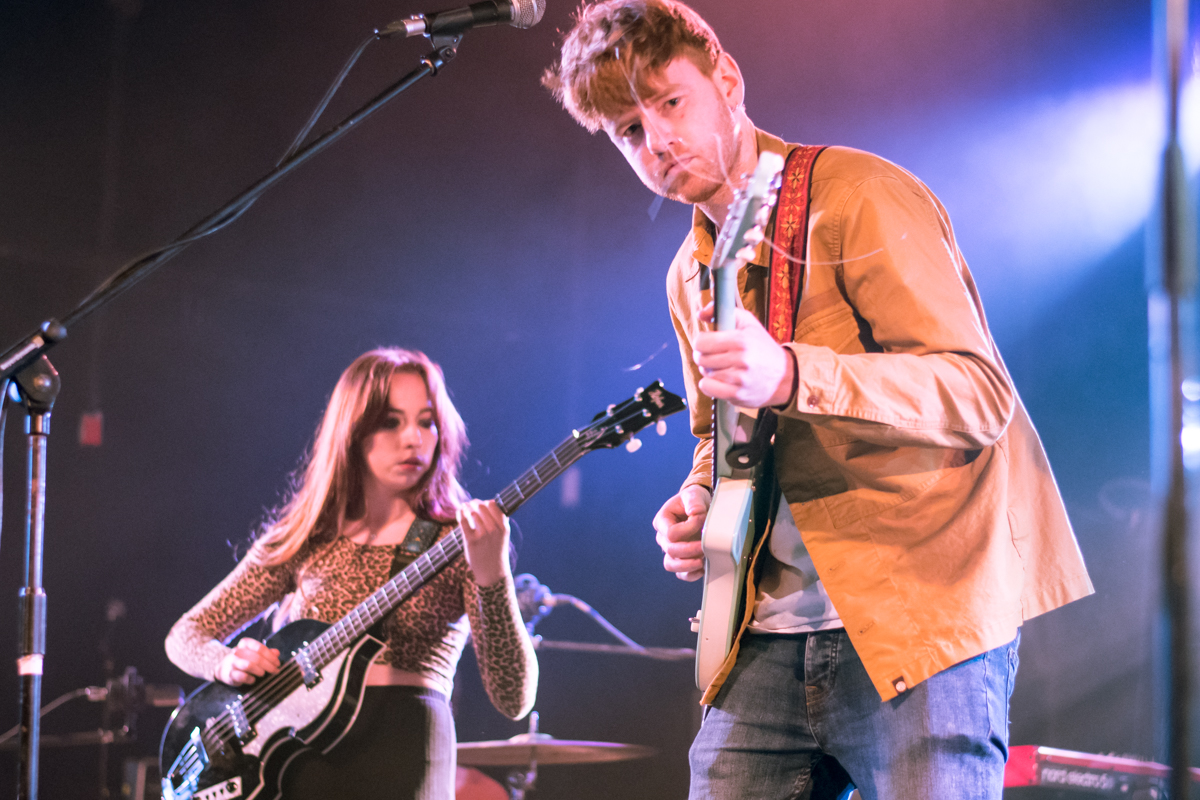 ICYMI (which means “in case you missed it”, ICYMI), Strange Collective let slip the lineup of their upcoming all-dayer this week. Now a solid fixture in the Merseyside gig calendar, the August all-dayer takes place in Constellations.

Portuguese psych punk duo Sunflowers are the big name act swinging by to take the stage. In a two-stage layout, the all-dayer also finds Table Scraps, SPILT, Mincemeat and Lennie Dies on the bill. The whole thing is bundled up with a very attractive £8 per ticket price tag. Make sure you investigate.