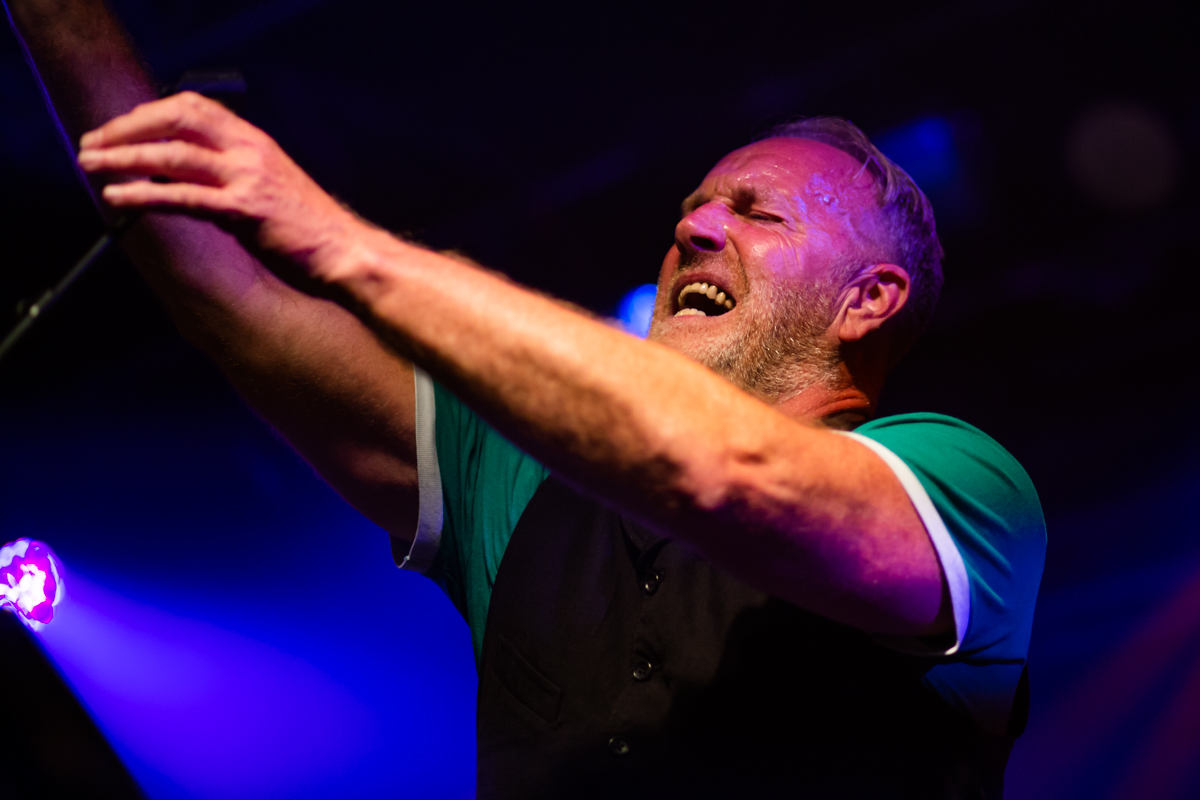 As The Skids hit Liverpool after a 35 year absence Getintothis’ Mark Rowley dodged the sunshine to see how they fared after all this time.

It was clear by the beaming smile on Richard Jobson’s face as he took to the stage, that he was going to enjoy himself and celebrate The Skids‘ legacy to a faithful and appreciative Liverpool gathering. It’s a long period since they last played this city. And at the end, Jobson promised it wouldn’t be so long before the band returns to play again.

With the O2 Academy a respectful two thirds full, The Skids created a jovial atmosphere that stayed with all present for the entirety of their set. There was a real sense of mutual love and appreciation in part driven by nostalgia for that space in time (from 1977 to 1982) when The Skids won hearts across the length and breadth of Britain; but also out of respect for the new music they have produced since their regrouping in 2016.

Hailing from Fife and the pit villages of the Dunfermline area, the band was formed as a four-piece by the late Stuart Adamson in 1977. Providing local support to The Clash that year and touring with The Stranglers on their Black & White Tour in 1978, The Skids shot to prominence the following year when they appeared on Top Of The Pops performing the single Into The Valley, which reached the chart’s top ten.

Arriving on the second wave of new alternative music, around a similar time to The Undertones, The Members, Stiff Little Fingers, The Lurkers and Joy Division, The Skids paved the way for subsequent Scottish bands such as The Associates, The Exploited and Simple Minds.

Whilst Into The Valley was The Skids’ all-time most commercially successful release and raised the biggest cheer at the end of the evening’s set, the band are by no means one hit wonders as their back catalogue of popular, well-known songs proved. Old favourites, Of One Skin, Working For The Yankee Dollar, Albert Tatlock, the anthemic Masquerade and the well-covered The Saints Are Coming also featured; as did songs from last year’s Burning Cities album such as Kings Of The New World Order and Desert Dust (in which Jobson makes a point that young people have a much harder time now than those of his own generation back in the 1970s).

In between singing, smiling and dad-dancing like a Duracell bunny on Red Bull, the front man took time out to re tell the story of The Skids and to acknowledge the massive contribution of Stuart Adamson in creating that distinctive Skids’ riff-guitar sound.

The night ended on high as the band finished off an 80-minute set with their best known song; before returning to encore to a jubilant and grateful audience. If The Skids were omitted from the annals of Scottish punk history as has been the case by certain documenters, they are now back with a vengeance … and are likely to stick around for as long as they are having fun.. and the batteries remain charged.

Support on the night was provided by birthday boy Pete Bentham and The Dinner Ladies and it is clear that their main intention is to have fun and entertain whilst making some pertinent points about the failings of society.

The band has a cabaret feel and the saxophone playing gives more than a nod to an X-Ray Spex-type sound. At one point, the dinner lady dancers swung around bunches of sausages whilst Bentham sang about Queen Victoria’s Knob.

In Dead’s Not Punk, he warns of the dangers of taking hard drugs, whilst the proceeds of new single, I’m a Postman will go to the Sophie Lancaster Foundation. His solution towards people who are not very nice to others is to either Give A Thug A Hug … or throw them all in a pit and give them chainsaws to sort out their differences.

At the end of their set Pete Bentham announced that the band will be celebrating 10 years together with an Invisible Wind Factory gig in September; before saying his goodbyes and parting with the humorous advice to … ‘Make Scouse, not War!’ 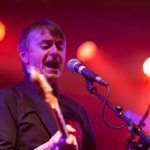 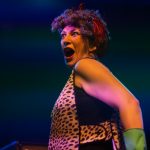 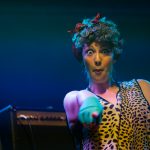 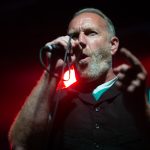 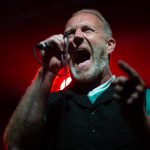 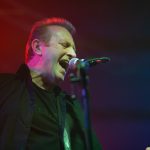 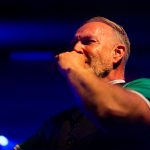 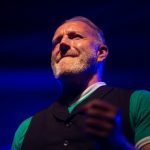 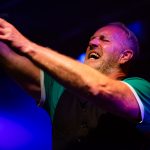 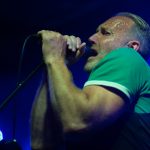 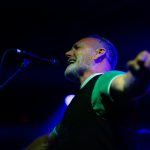 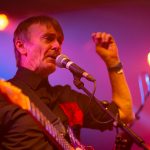