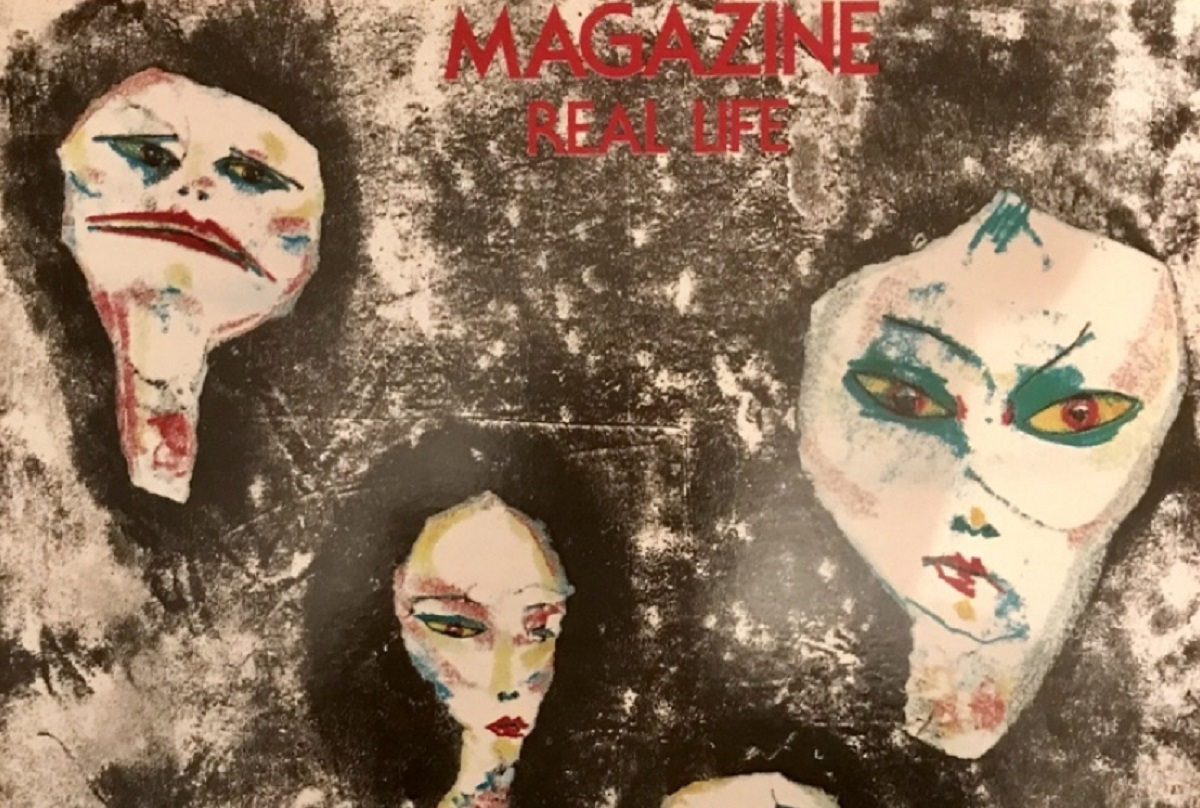 As the debut album from post punk pioneers Magazine turns 40, Getintothis’ Banjo looks back at the start of an incredible story.

Back in the heady days of 1978, schisms and splits had already started happening in punk.

As a new movement, it is often said there were no rules when punk first started, but it is perhaps more accurate to say the rules were still being written. As such, some of its earliest protagonists were making shifts and leaps away from the basic noise that would come to define punk as a music.

One of the first to rail against perceived confines of punk was one Howard Devoto. His first forays into music was with Buzzcocks, who were a vital part of punk as perhaps the first punk band to form outside of London, the first to release an independent record and as organisers of Sex Pistols hugely influential gigs at Manchester’s Lesser Free Trade Hall. They were also a brilliant band.

Famed for their perfect singles and for naturally adding an impeccable pop slant into punk, Buzzcocks’ early material was spiky, edgy and rough around the edges. Devoto stood out as a front man, avoiding a confrontational stance and singing about his own observations on the world around him. If you want to hear a record that completely sums up the sound and spirit of 1977, listen to the band’s Spiral Scratch EP.

Devoto however, had ambition and vision that stretched beyond Buzzcocks’ brief and he left the band in early 1977, refusing to be hemmed in by the rules he saw being written for punk. His next step was to form Magazine, a band who operated to no such barriers.  Much of 1977 was spent recruiting new band members and writing new songs. And what a band Devoto put together.

Guitarist John McGeoch was a real find. Undoubtedly one of the best and most influential guitarists of his generation, McGeoch would go on to play for Siouxsie and the Banshees, PiL and Visage. Another find was bass player Barry Adamson, who muscular funk basslines added much depth and difference to Magazine. Adamson would go on to an idiosyncratic solo career, as well as playing with Nick Cave following The Birthday Party’s split.

The first sight of new material from Devoto’s new band was the single Shot by Both Sides. It was an instant classic and immediately a hip record to admit to liking. Magazine came off the starting blocks with instant credibility and cool. Shot by Both Sides was a startling declaration of intent for a new band and gave Magazine their first appearance on Top of the Pops.

It was also deceptively punk and straightforward but the rest of Magazine’s set was less conformist and had artier ideas.

Released in June 1978, the music press were practically salivating when the album was released. Opening track Definitive Gaze set out the album’s stall well; a keyboard led song with a funk feel, already Magazine were presaging much of what was to come. Much of what became known as the New Romantic scene can be found here. The loose grooves, the futuristic sounds and art house sensibilities here were laying foundations for a future, which one can imagine is what Devoto had in mind when he left Buzzcocks.

Second track My Tulpa followed this further, guitars and keyboards blending to create a music that developed and built on the dislocation that punk had engendered. Adamson’s bass particularly deliberately looks to be creating something outside of the rock or punk arena.

By the fifth track, Burst, Magazine had become epic. Perhaps articulating his reasons for leaving punk behind, Devoto sings ‘Once you had this promise on the tip of your tongue. But it went without saying, it went on too long’. The repeated closing line of ‘Keep your silence to yourself, you will forget yourself’ gave post punk its first anthem.

The next track, Motorcade, gave it its second. A tale of an important figure driven around in cars while people turn their heads to stare, but who is unable to even choose ‘between coffee and tea’.

For all their epic leanings, the band were not without a sense of humour however, as the ending to throwaway track Recoil demonstrates.

Perhaps the most lasting classic on this astonishing debut is The Light Pours Out of Me. A slow burning, brooding examination of ennui, here Devoto’s literary leanings also came to the fore. In interviews, Devoto referenced Camus and Dostoyevsky, where other bands were slinging political slogans around. This is perhaps where Magazine’s strength lay, in their ability to marry together punk roots, a vision of the future and a keen literary mind. This can be a fine line to walk without falling off to one side or the other, but Magazine walked it superbly.

Closing track Parade finds Devoto surprisingly singing a love song. Of course, there are twists in the tale and examinations of love, but there are also genuinely touching moments, such as when Devoto sings ‘Now that I’m out of touch with anger, now I’ve nothing left to live up to, I don’t know when to stop joking, when I stop I hope I am with you’. The music itself is almost in ballad territory, but with a haunting futuristic keyboard riff, courtesy of Dave Formula,  that again led to a lot of music that was yet to come.

Real Life is a classic album and still regularly turns up in Best Album lists, with Uncut magazine ranking it as the 37th best album of all time in 2006. It is also a record that offered a way out of the cul de sac that punk could so easily find itself trapped in, a pointer to the future and a source of inspiration for generations to come.

Magazine’s next album Secondhand Daylight was to bring keyboards even further to the front and again gathered rave reviews. Sales were disappointing, however, and it seemed that Magazine had peaked commercially. Commercial or not, Magazine left behind them a mighty back catalogue that sounds as interesting and inspiring now as it did then.