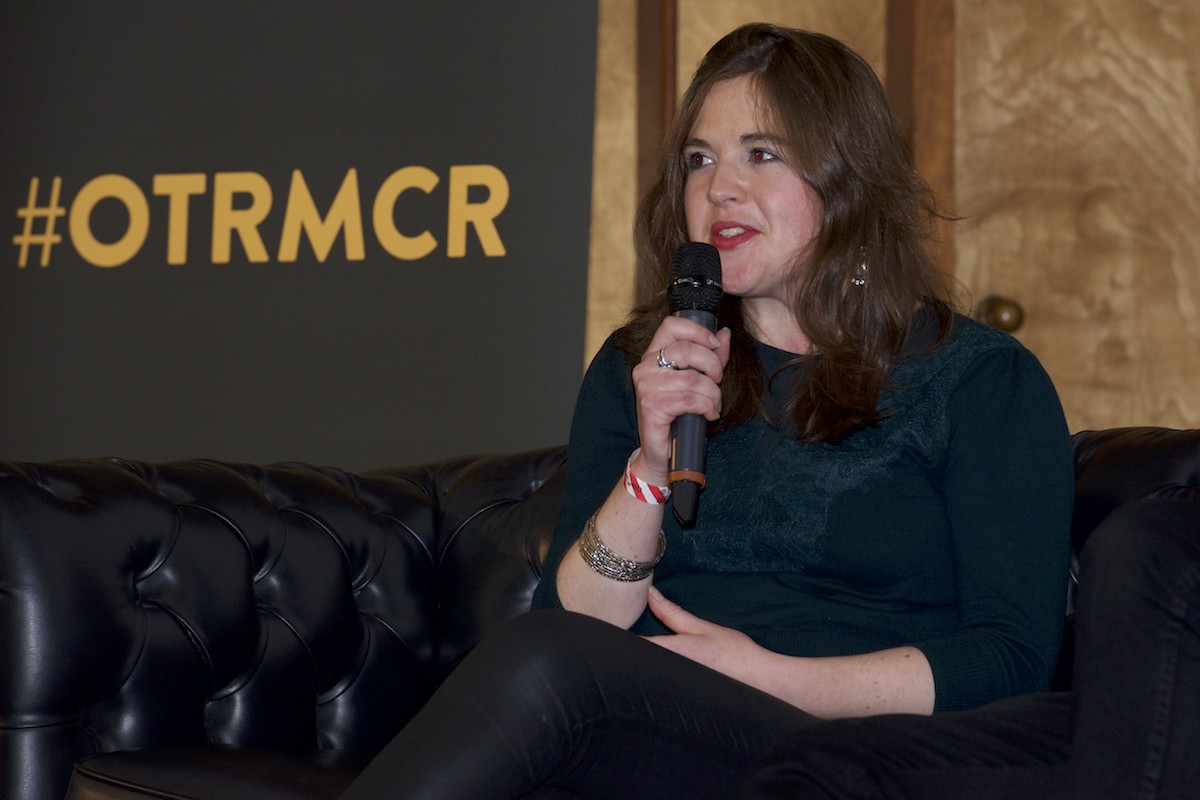 Manchester’s multi-venue live music event and conference, Off The Record, will return to the Northern Quarter this November with its biggest line-up yet and Getintothis’ Lewis Ridley is already looking forward to it.

Following suit with previous years, trusted national curators will nominate the artists performing at Off The Record, Manchester’s industry conference and showcase, which is due to return in November.

This year the likes of Everything Everything, who were 2016 conference keynote speakers, will exclusively be putting together their own stage at Band on the Wall.

Huw Stephens, Rob Da Bank, Ana Matronic, Fickle Friends and The Orielles, who performed at the debut event, are all confirmed as curators for 2018.

Off The Record, launched by three of the UK’s premiere independent music festivals; Kendal Calling, Sound City and Bluedot, is all about innovative ideas, new music and emerging artists. 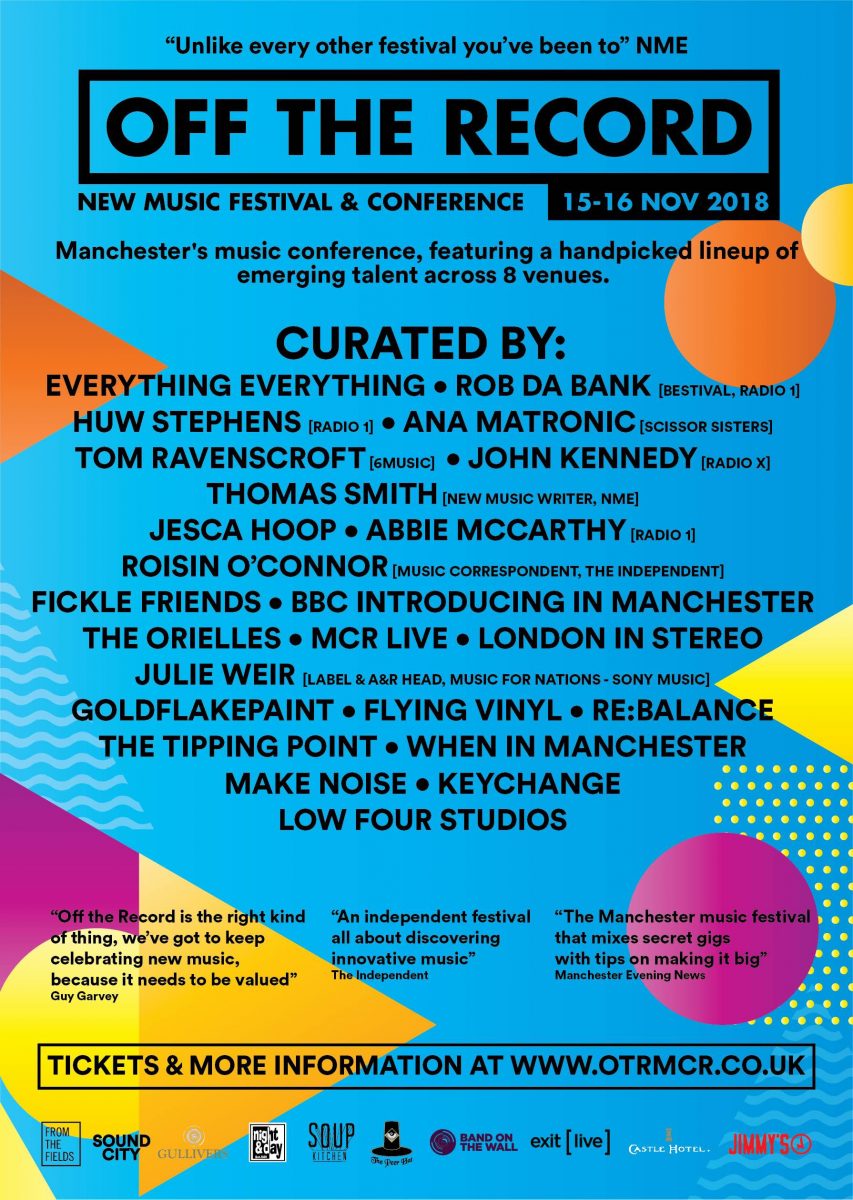 By day, it features a music conference at the Methodist Central Hall, curated by Sound City, featuring key speakers from all areas of the industry, to inspire those starting out in music.

By night, Off The Record will put the spotlight on new music, hosting performances from over 40 emerging artists across eight brilliant live venues.

Last year’s sold out event saw crowds of music lovers flock to Manchester’s Northern Quarter to enjoy talks from the likes of Warner Chappell, Live Nation and special key note speakers, Cabbage and False Heads, and live
performances from artists such as The Blinders, Cassia and Low Island.

Andy Smith, director of From The Fields, says: “After two sell-out years and incredible feedback from attendees, we’re so proud to bring Off The Record back to  the Northern Quarter in November. Our conference has proved invaluable for Manchester’s music industry professionals and students to meet; this year sees us add more venues, and present our biggest curator lineup ever, including Everything Everything who’ll be curating a whole lineup of amazing new music for the evening at Band On The Wall.” 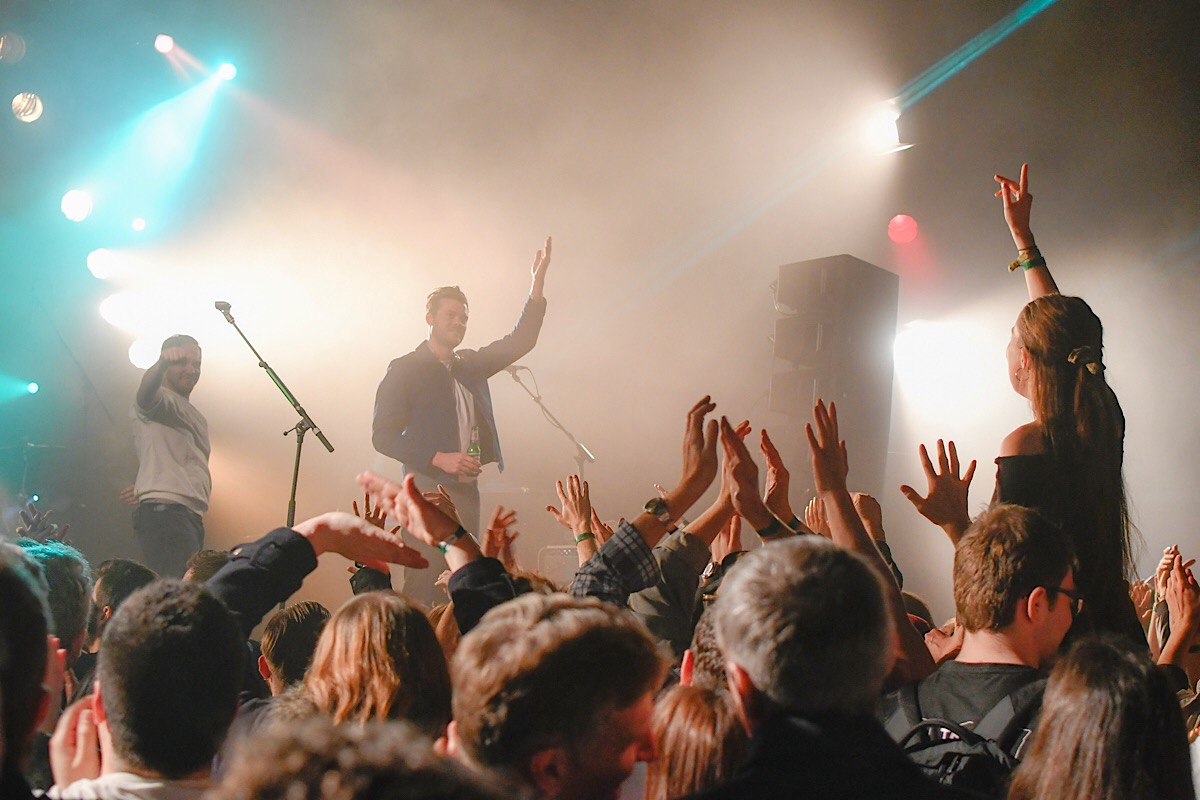 Curators, Everything Everything, say: “It’s a pleasure to be curating a stage for OTR this year. We love the idea of only programming artists that are yet to release a full-length, capturing acts at a short-lived but very vivid period in their careers.”

The performance venues for Off The Record include Jimmy’s, The Peer Hat, Soup Kitchen, Gullivers, Night and Day, The Castle Hotel, Aatma and, additional venue for 2018, Band On The Wall; making this the biggest Off The Record yet. All the venues are a few minutes walk from one another in Manchester’s
Northern Quarter.

Off The Record will run as follows: