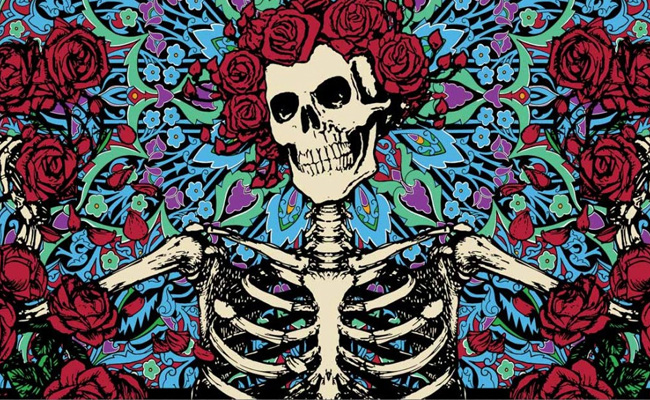 For many people of my age and fighting weight, the word hippie probably conjures up images of soap dodging,  long-haired, ineffectual daydreamers in loose-fitting clothes – Neil from The Young Ones perhaps, or the elegantly wasted pot dealer lacking shoes but with a plentiful supply of clichéd aphorisms in Withnail & I.

We’ve all met characters like that, but is it an accurate portrait?

Is that really what the original hippies were like? Surely not, for their achievements were many and varied, but we seem to have lost sight of this.

Today, over half a century since hippies first impinged on our collective consciousness, an accurate impression of them has been obscured by the well-established and much-maligned caricature outlined above, so it’s time to set the record straight.

The obvious precursors to hippies were the beatniks. These cool cats eschewed commercial pop music (preferring folk and jazz), had a fondness for marijuana and were generally well-educated.

From within their ranks sprang forth beat poets and writers, who between them were responsible for some of the very best modern American literary cult classics – Jack Kerouac’s On the Road; Allen Ginsberg’s Howl – writers who did much to challenge the staid conformity of US society in the 50s and early 60s, as well as setting both artistic and legal precedents for freedom of expression.

Ginsberg’s work, in particular, challenged social mores with its frank and unashamed descriptions and depictions of life for gay men at that time, surrounded as they were by intolerance and hostility typical of ‘straights’ and ‘squares’.

Soon, a recognisable sub-culture was emerging, at first genuinely counter-cultural and progressive.

In the US, this was initially centred on San Francisco’s Haight Ashbury; here in the UK it began in our nation’s capital. Punk,  generally credited with the birth of a DIY culture of bands, fanzines and other expressions of non-commissioned creativity, outside of the usual ‘official’ channels, but it’s a false attribution.

The punks simply continued this noble trend; the hippies were the real innovators in this regard, reasoning that if ‘the Man’ refused to press their records, publish their books and magazines, stage their plays and accommodate their ‘happenings’ then they should simply do it themselves. And they did so prolifically.

Much of this ‘do-it-yourself’ activity unsettled the authorities and provoked a backlash.

Here in the UK for example, the hounding of the UFO Club, the OZ Magazine obscenity trial and heavy-handed policing of minor drug offences mirrored a similar clampdown which had earlier hampered Ginsberg, Burroughs and other Beat writers and poets in the US.

This overreaction was counter-productive from the point of view of ‘the Man’ however since it inevitably drew attention to what it was attempting to suppress.

For rebellious, young baby-boomers nothing was quite as appealing as these new, self-generated counter-cultural forbidden fruits.

Consequently the hippies’ psychedelic underground scene didn’t stay underground for long, which was both a blessing and a curse.

On the plus-side, the spread of hippie ideas meant that, arguably for the first time, genuinely challenging or even subversive content made its way into the pop charts, whereas previous efforts had languished in relative obscurity.

Again, ‘the Man’ was not slow to respond. Records by previously unthreatening household names like the Beatles and Donovan were ostentatiously banned from the airwaves.

Soon it became a badge of honour for recording artists to have their work banned, and of course, the publicity this generated only helped to broaden their appeal.

But the downside of this exponential growth was a gradual watering-down of hippie ideals and eventually, of course, the movement lost its radical edge.

Before their gradual decline however, the hippies accomplished a great deal and much of their legacy is still evident today just over half a century later. One late-blooming and perennial hippie flower which has become a cornerstone of the UK music scene is the Glastonbury festival.

Internationally renowned for its unique and diverse character and an atmosphere like no other festival it has, of course, changed a great deal over the years, yet parts of the festival still retain a distinctly hippie aspect.

Many off-shoots have emerged from it over the years, and it was clearly an influence on the radical free festival movement. Glastonbury’s enduring success and appeal owes much to the initial hippie spirit which gave rise to it.

Despite being ridiculed for their naïve, ineffectual advocacy of “peace and love”, numerous social and political movements either grew out of, or benefitted from, hippie endorsements.

At their most radical in the US, they inspired the Weather Underground, who made common cause with the Black Panthers. Elsewhere on continental Europe, hippie communes gave rise to other radical and subversive elements such as Baader Meinhof.

LGBT rights, CND, the campaign against the arms trade, environmental politics and Second Wave Feminism all gained a considerable boost as 1967’s somewhat passive Summer of Love gave way to the widespread, international protests and civil unrest of ’68, such as the Situationists in Paris and protests against the Vietnam war on university campuses, which soon spread out into wider US society.

The hippies are often mocked for their ambition to change the world.

That they weren’t completely successful in that endeavour is no secret, but they still achieved much, probably more than any other 20th century youth movement, in terms of social progress.

Musically speaking, only the cloth-eared could deny the impact of the hippie era.

It’s become fashionable, almost required, among those who write about music, to deny the existence of a golden age of popular music, but if ever there was one, then this was it.

Psychedelia returned to the underground in the years that followed that first wave of the mid to late 60s, but it has never gone away.

Not so much a genre of music as an approach to making music, psych remains potent because it’s essentially forward-looking, ever watchful for new, challenging, previously unheard and surprising sounds.

Its reach and influence spread worldwide (just as the hippies did) encompassing the psychedelic soul of the Temptations, the acid folk of the Incredible String Band, the acid house of the Future Sound of London, the space rock of Acid Mother’s Temple and countless others.

There’s so much more we could add – the brilliant folk-art of all those colourful, swirling psychedelic posters, Woodstock, Easy Rider, Ken Kesey and the Merry Pranksters, John Peel’s Perfumed Garden, Abbie Hoffman’s magical thinking as he led a group of anti-war protesters to surround the Pentagon and direct their, ahem, “psychic energy” at it in an effort to exorcise the building of its demons.

If you haven’t heard of that latter example before, you’ll probably still be familiar with an iconic (and Pullitzer Prize-winning) photograph taken there depicting a hippie inserting the stem of a flower down the barrel of a soldier’s gun.

Unlike most dreams, the hippie dream is not forgotten, although some do seem to misremember it. We’ll give the final word to the late (and also Pullitzer Prize-winning) journalist and author Hunter S. Thompson.

Surrounded by casinos and other markers of American capitalist excess in Las Vegas in the early 70s, Thompson spoke of “…the kind of peak that never comes again. San Francisco in the middle sixties was a very special time and place to be a part of. No explanation, no mix of words or music or memories can touch that sense of knowing that you were there and alive in that corner of time, whatever it meant. There was madness in any direction, at any hour. You could strike sparks anywhere.

“There was a fantastic universal sense that whatever we were doing was right, that we were winning. And that, I think, was the handle—that sense of inevitable victory over the forces of Old and Evil. Not in any mean or military sense; we didn’t need that. Our energy would simply prevail. We had all the momentum; we were riding the crest of a high and beautiful wave.

“So now, less than five years later, you can go up on a steep hill in Las Vegas and look West, and with the right kind of eyes, you can almost see the high-water mark,  that place where the wave finally broke and rolled back.”