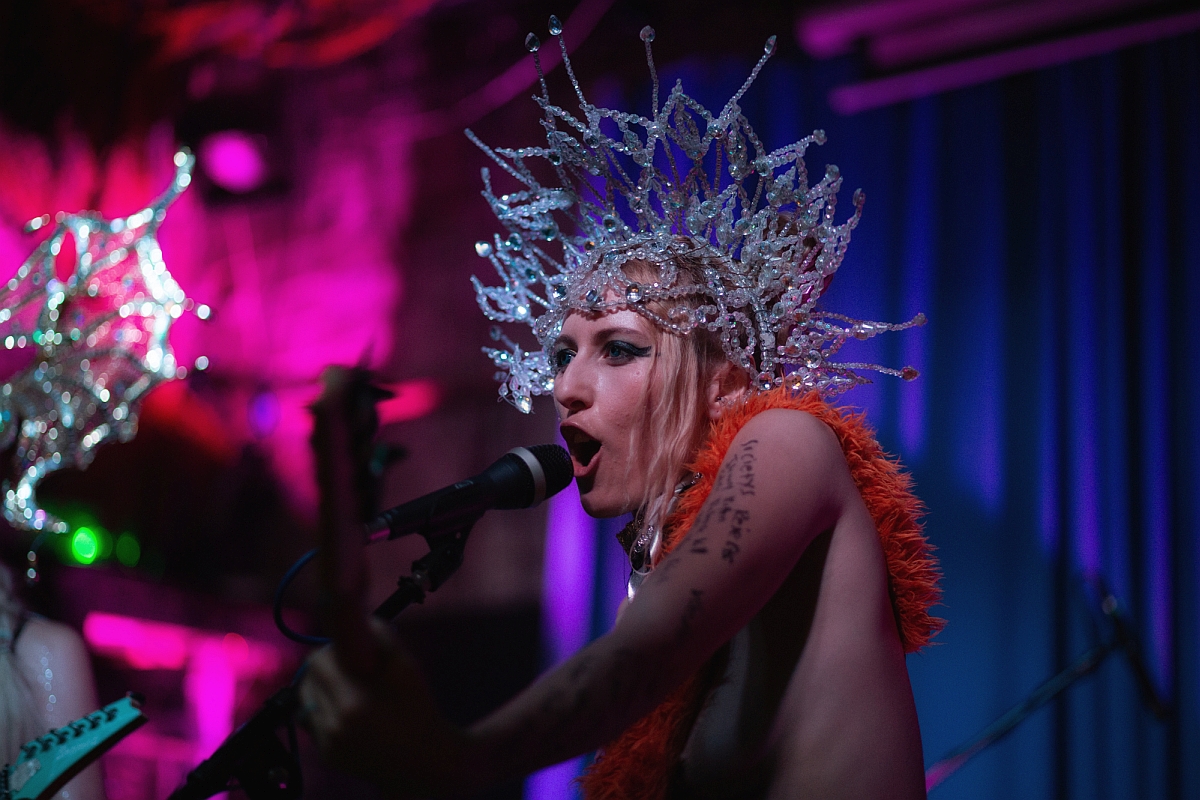 The SoapGirls are creating quite the perfect storm at the moment on their massive Stinks Like Punks tour so Getintothis’ Peter Goodbody was keen to pose a few questions at them before they hit Blackpool’s Rebellion punk fest.

The SoapGirls may just be South Africa’s freshest export.

And they’re over here and in your face, coming to a town near you if you check out their immense tour schedule. Having played a blinder of a gig at Liverpool’s North Shore Troubadour a couple of weeks ago, we were keen to find out what makes this crazy pair tick.

They do punk like no other band, and have done it on the streets of Cape Town since they were too young to know what punk is. But, they get it. Loud, raw, edgy and in a way only they know how.

A SoapGirls show is alarming and arresting, visceral and unnerving. But it will also make you feel amongst friends and they succeed in making gigs safe and fun places to be. It’s clever and cool, so we had a few questions for Ca(Mille) and Noe(MIE)

Getintothis: Where are you and what are you doing?

We are in the UK on tour and currently scratching through the tour van searching for a herb!

Getintothis: What was the last gig you went to as a paying punter?

We just watched Doyle, 2 days ago it was awesome!!

Bluedot 2018: review, gallery and what we learned from Jodrell Bank

Getintothis: You played Liverpool NST at the weekend – how was that?

It was out of this world, one of our favourite venues we’ve ever played and the owner is a fellow South African! amazing sound and unlike any other venue its definitely a venue we cant stop talking about !

Getintothis: You’ve played Rebellion before, what makes this festival special for you?

The fact that its a celebration of individuality and such a diverse mix of people loyal to and passionate about real raw live music.

Getintothis: What made you want to come back to Rebellion?

We had such an amazing experience. It was an absolute dream come true for us as ever since we started our career as young girls all the way back in South Africa. We used to write down on pieces of paper that we wanted to play there and its not just a dream come true but an honour to play such a legendary festival.

Getintothis:. Who are you most looking forward to seeing at Rebellion?

(Mille) The Svetlanas for sure and (Mie) Strange Bones.

Getintothis: If you were in charge of the world, what are the main points in your manifesto?

Animal Rights animals are to be respected not treated like a commodity and to abolish commercial farming. Freedom of each individual mustn’t be compromised or threatened and absolving of all political parties and bring power back to the people and ensure that all people have the basic right of access to healthy food!

Getintothis: Tell us a joke.

(Mie) Ha Ha! CDs for me, nothing beats holding an album in your hand and reading the lyrics inside and the artwork. (Mille). Vinyl for me the sound is incomparable

Getintothis: Where was your last holiday?

Never we’ve never been on holiday.

Getintothis: Anything else to declare?

And remember to adopt animals